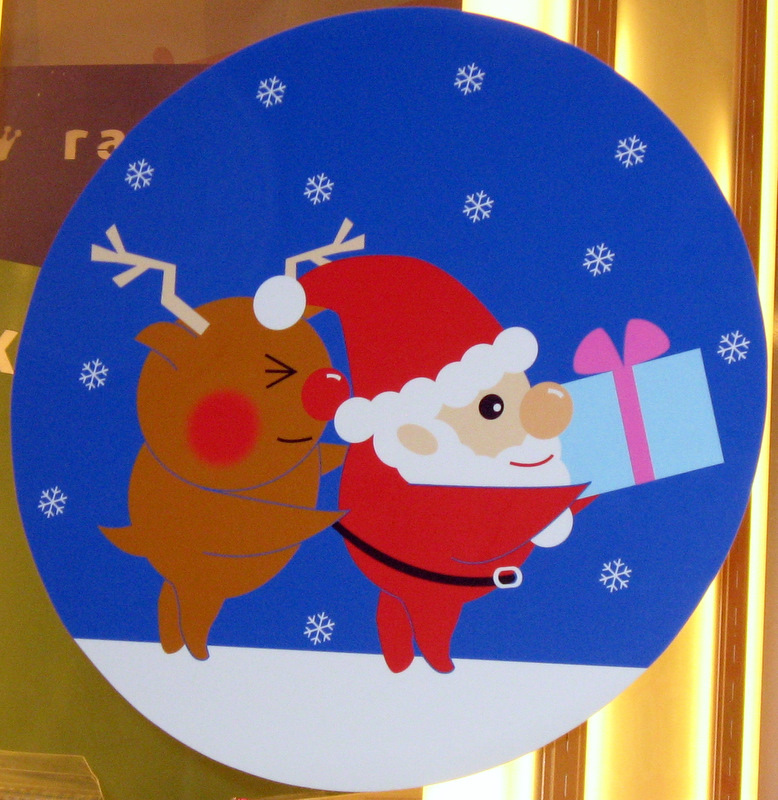 Merry Christmas to all.  Open up the presents under the tree, sing carols, and eat Kentucky Fried Chicken.  Wait you don’t eat KFC on Christmas you say?  You think I’m crazy maybe since it’s Christmas and it’s likely closed where you are?  Or maybe you didn’t reserve you chicken ahead of time in preparation?

Well if that’s the case you probably are not in Japan then.

You probably think no, you are just making a joke or trying to say something silly here.  In Japan they probably unlikely even celebrate Christmas, it’s a Christian holiday and while there are Christians there, they are a tiny minority.  Well yes they dont celebrate Christmas perhaps in the religious sense (although secular Christmas celebrations are getting more common around the world), but they do celebrate the commercial sense of it.  And so why exactly do the Japanese eat KFC on Christmas?  Well because Americans do, silly!  I’m sure you are probably even more thoroughly confused so let me explain. 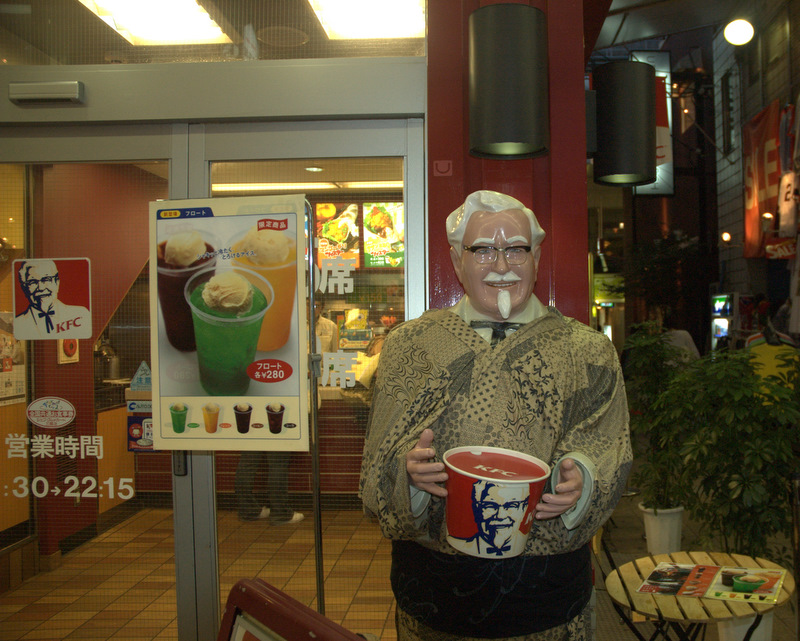 Looking all sly there Colonel with your bucket of chicken and smile. What is your secret?

Back in the 1970s there was a media campaign that ended up tying KFC and Chicken to the celebration of chicken.  Yes they made it out to believe that foreigners ate KFC chicken on Christmas and that it was a tradition in America (and possibly other parts of the western world too).  The marketing campaign was hugely successful and still you will find long lines at KFC around Christmas time around japan.  The commercial part of the Christmas in Japan generally is immense with large decorations, specials, sales, etc all over the country (but especially in Tokyo).  And this is just another extension of that, and surprisingly one that has held up very well over the last few decades.

Well so how are things now.  Well other American brands (notably McDonalds) are trying to break in on KFCs secret recipe for success and trying to associate other brands of fried chicken for Christmas.  They are having varying degrees of success.  But currently the Colonel is king….at least around Christmas time.

Perhaps in the end they are celebrating a true American tradition…consumerism.

Can you get by in Japan only speaking English? Do people in Japan speak … END_OF_DOCUMENT_TOKEN_TO_BE_REPLACED