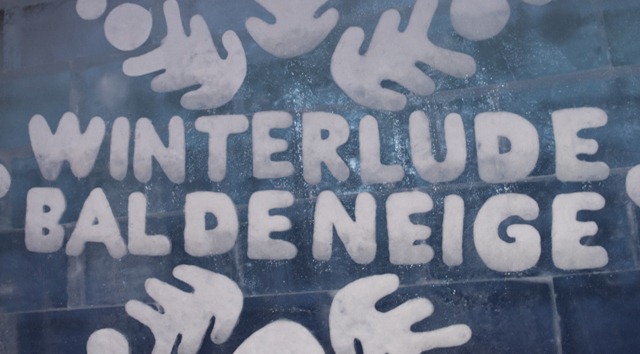 I had the the fortunate timing to get to experience a bit of Winterlude during my time up there in Ottawa and while it was only the first day I was able to definitely get a bit of taste of it. 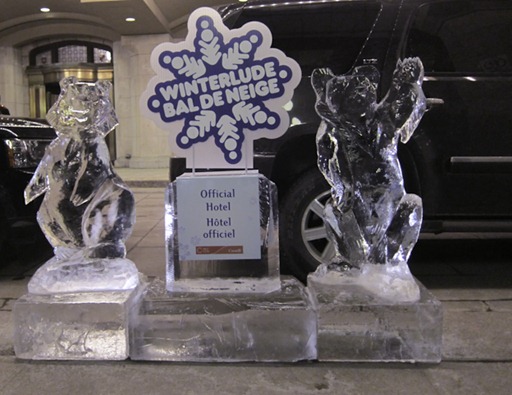 Winterlude is an annual celebration in Ottawa held across the first three weekends in February.  In 2012 Winterlude runs from February 3rd through February 20th.  Many events from winterlude include the annual ice sculpture competition, skating on the rideau canal, fireworks, and others across the city.  Winterlude is a huge celebration in the capital city and an important part of Ottawa’s winter tourism.  There was a bit of fear this year that the canal would not re-open in time for Winterlude (the weather warmed up a bit and the ice softened up), but as luck would have it there were several very chilly days before opening night. 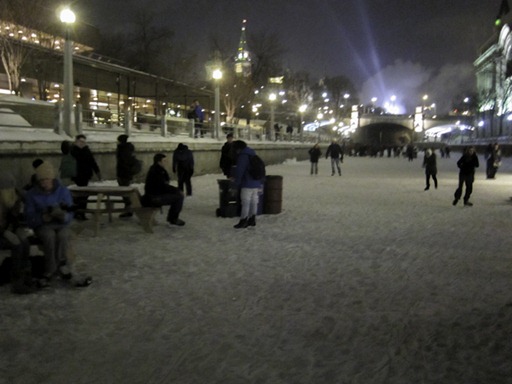 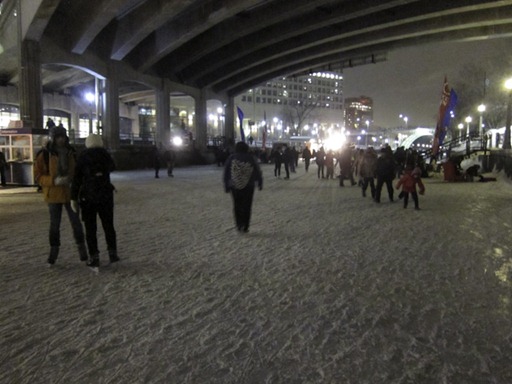 Crowded day of ice skating on the canal 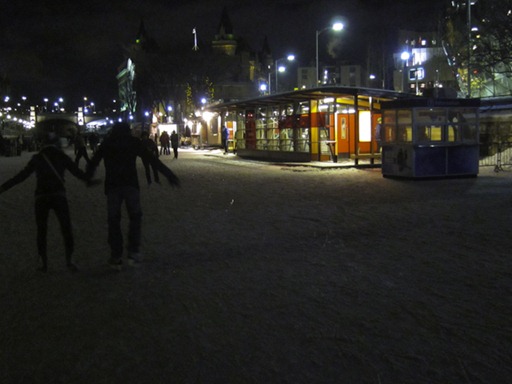 One of the warming huts can be seen on the right there. 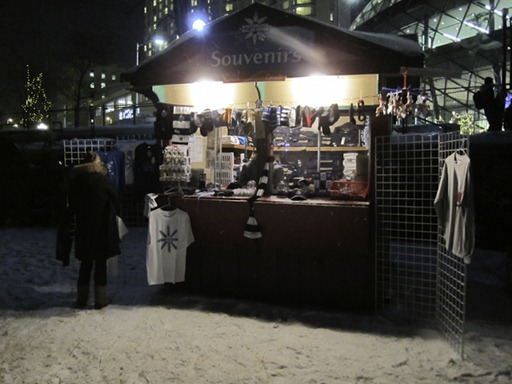 You can even shop and buy food on the canal as well.

I checked out a few of the things on the opening night.  One of the big things was the re-opened canal where a ton of people had gathered.  Unfortunately I left my DSLR  back at the hotel at the time mostly because it was terribly cold and I was terribly tired of carrying it! 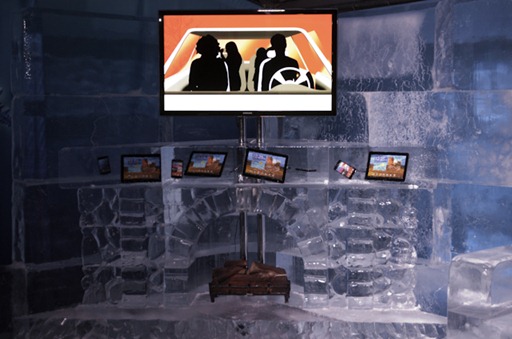 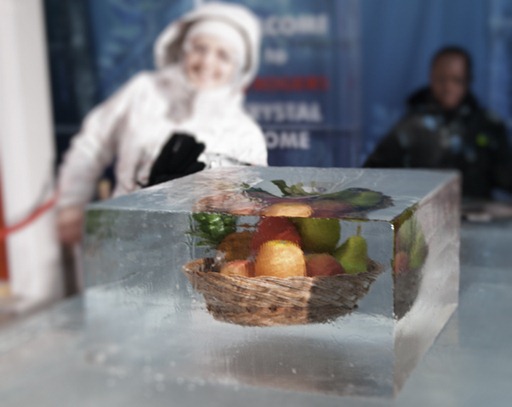 They even had a big fireworks display that evening for the opening of Winterlude.  I was sort of in transit while it was going on but I managed to catch a bit of it behind some of the buildings!  It seemed way great though alas if I wasn’t trying to get somewhere by a specific time I would have hung around more to watch. 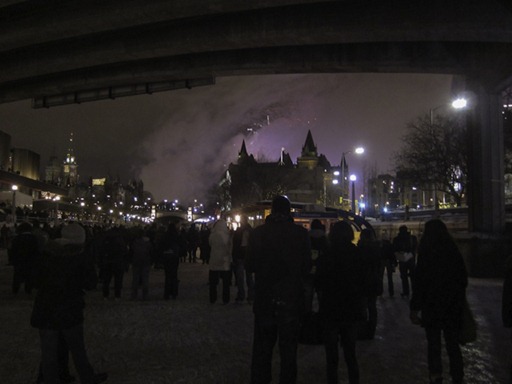 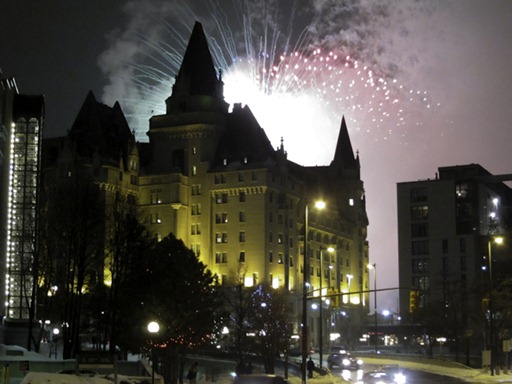 The other big thing going on the evening was the ice sculpture competition.  They were starting out so mostly it was still blocks of ice.  However on their name cards they showed what their eventual sculpture would look like.  Some of them took a bit of imagination to see the end result at the time. 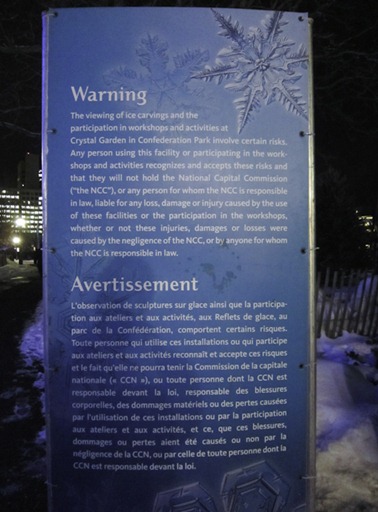 Be careful, viewing ice sculpture is a dangerous sport…. 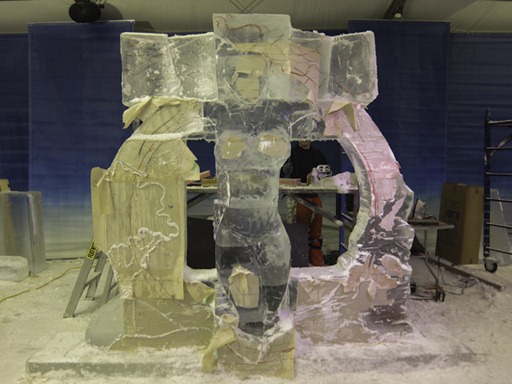 The near beginning of the sculpture. 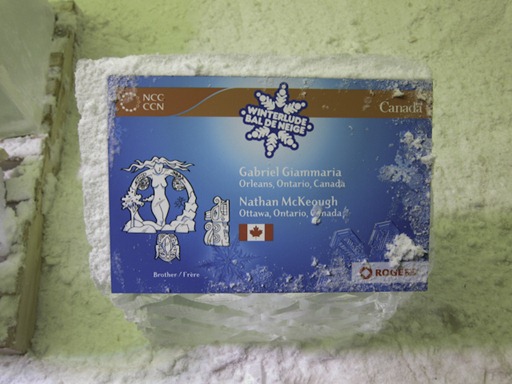 The hopefully after as you can see on the left side of the photo there. 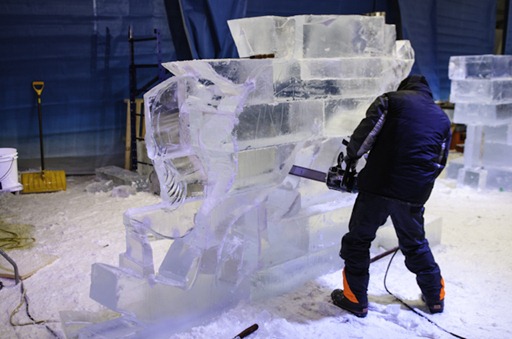 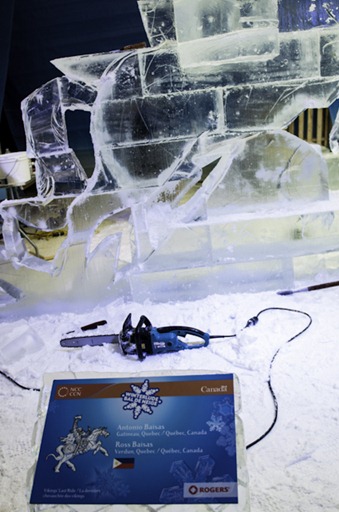 Tools of the trade for the ice sculpturing 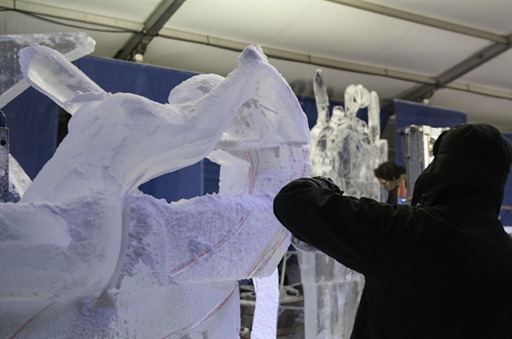 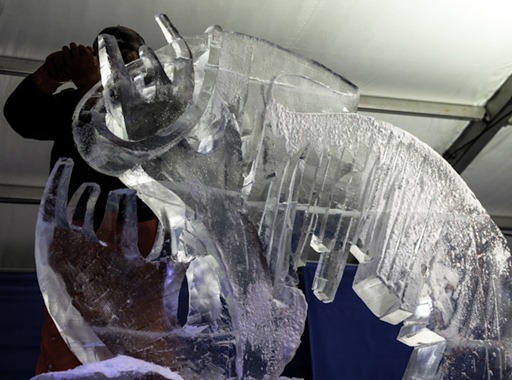 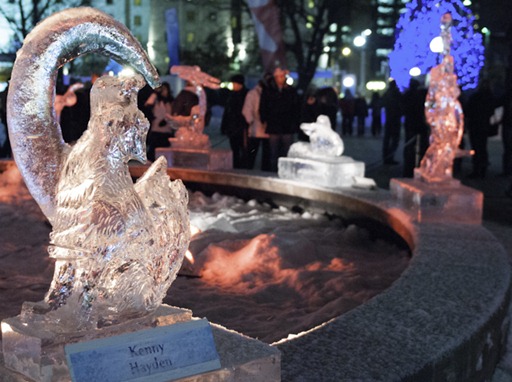 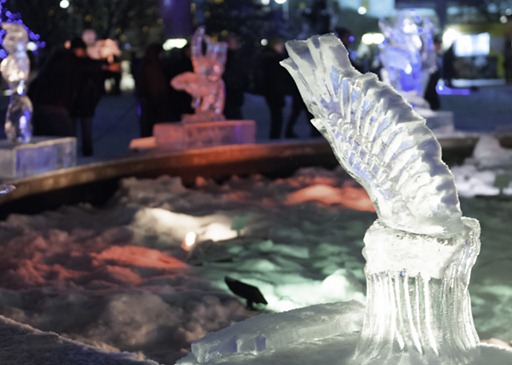 There was also a ice sculpture to commemorate the Diamond Jubilee for the UK Queen.  I nearly forgot that the Queen is the head of state of Canada as well. 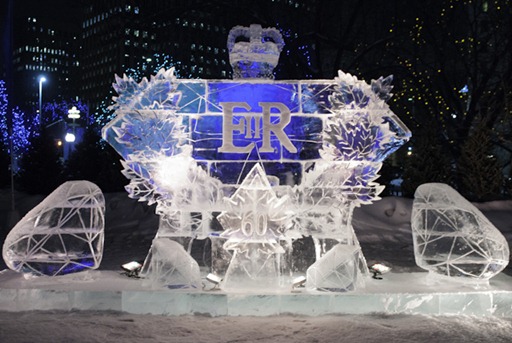 Lastly there were a few other statues, but they were fiberglass.  I’m not really sure why they were here. 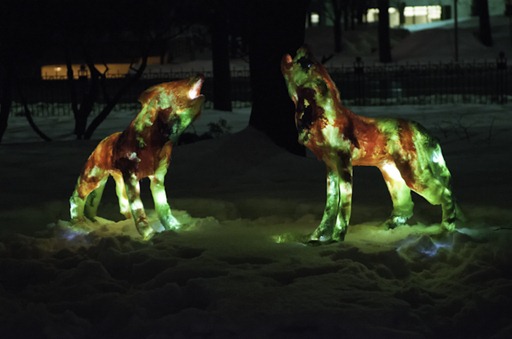 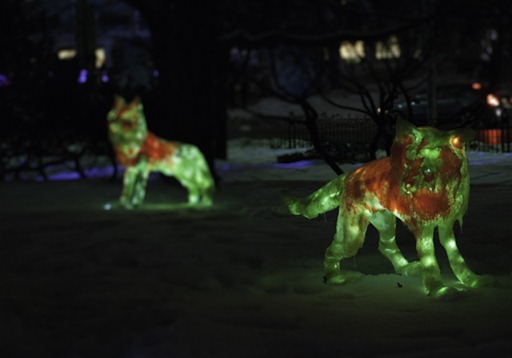 And of course no winter party would be complete without a DJ rocking out in an inflatable bubble.  Ok…perhaps this one was just a bit odd! 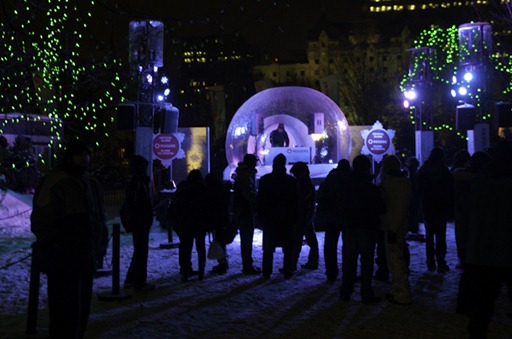 Had a lovely night wandering around Ottawa and enjoying the Winterlude celebrations.  It was a very cold night, but fun overall.  While this year’s Winterlude is wrapped up by now, it might be worth checking out if you find yourself in Ottawa in the Winter in 2013. 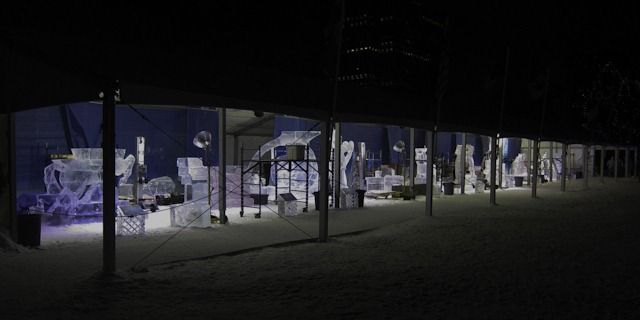 Looks like there is a lot there, wish I could have seen it all while it was done.

Craters of the Moon National Monument feels like a world away. It even … END_OF_DOCUMENT_TOKEN_TO_BE_REPLACED

The War of the Pig: The Pig Incident June 15, 1859. American Farmer … END_OF_DOCUMENT_TOKEN_TO_BE_REPLACED

Most Visitors to Saguaro National Park do so en route to other places. We … END_OF_DOCUMENT_TOKEN_TO_BE_REPLACED