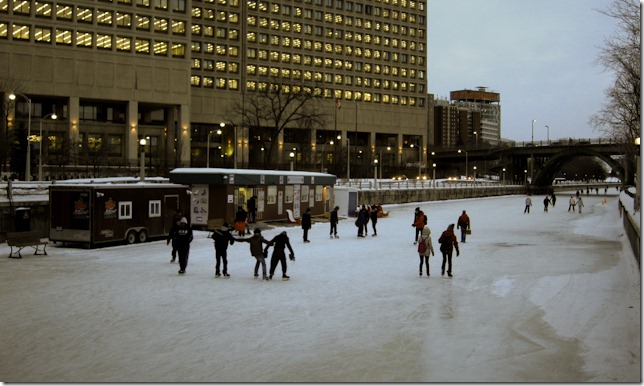 Wait, what?  It’s -15 Celsius out and I’m advocating outdoor activities. I must be crazy! Well quite possibly, but also there are some fun things to do outdoors while in this city. The center of a lot of the outdoor activities is the Rideau Canal which snakes its way through Ottawa. During the winter months, it becomes one of the largest skating rinks in the world with over 7km of open skating area. Besides this, there is also downhill skiing, cross-country skiing, snowshoeing, and dog sledding in the nearby areas. I had hoped to take a chance to do dog sledding while in Ottawa since this is something that is not possible in my local area, but it was all booked up for weekends when I was free. So if you plan to try it, make sure you book well ahead or try to go during the week if you have time.

Besides this, there is also downhill skiing, cross-country skiing, snowshoeing, and dog sledding in the nearby areas. I had hoped to take a chance to do dog sledding while in Ottawa since this is something that is not possible in my local area, but it was all booked up for weekends when I was free. So if you plan to try it, make sure you book well ahead or try to go during the week if you have time. 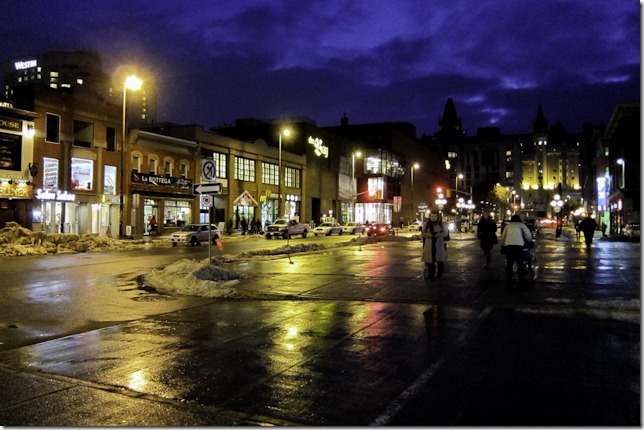 A fair amount of my life seems to revolve around eating. I love to eat and I love to eat well whenever I can. There are a huge amount of great restaurants and great areas to eat while in Ottawa. I had the luck of having a hotel in the ByWard Market area, which is the center of great restaurants and nightlife in Ottawa. There are over a hundred restaurants in the market area alone covering food choices from all different ethnic and cuisine choices from steak to Indian to Spanish. I tried to eat at a new place every day when I could and even outside of this area there are other locations such as little Italy, Chinatown, and even a great deal of options if you travel a short distance over the river to Gatineau in Quebec.

Visit one of the great museums 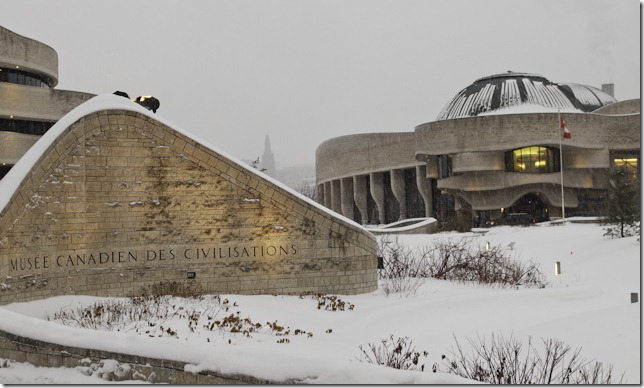 Ottawa wouldn’t be much of a national capital if it did not have its share of museums.  Some of the big ones include the War Museum, National Gallery, and the Canadian Civilization Museum.  Unfortunately some of the museums can be pricey but they are generally of high quality overall and I particularly liked the civilization museum mostly because it was interesting to learn about the history of the people of Canada.  It really made me want to come back and explore more of Canada.  I hope to come back to Ottawa soon and get a chance to see more of the museums, and learn more about Canadian history and arts

Take a tour of Parliament 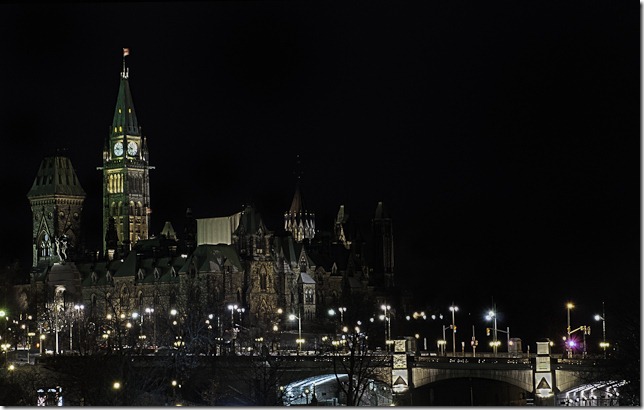 One of the top free things to do in the city is to take a tour of the Canadian Parliament.  Honestly, I didn’t know much of anything about the Canadian Parliament or Canadian democracy.   So this was a great opportunity to take a great free tour of the center block of the Parliament house and Peace tower.  During the winter only the center block is open for tourists, and you get the chance to see the House Chamber, the Library of Parliament, and the Senate Chamber.  Taking a few extra moments on your own, you can also take a tour of the Peace Tower (with a great view of the city) and the Memorial Chamber.

Also, I don’t know if it was just the day I went, but even though it was a Saturday the lines for the tour were reasonably short so it was an easy thing to fit into my day. 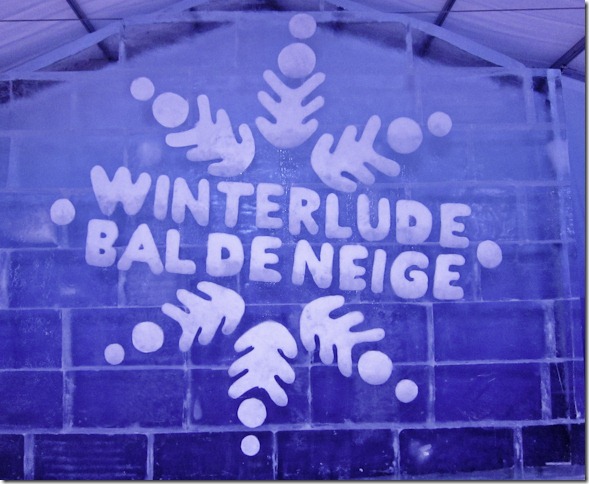 I think I was particularly lucky with my time in Ottawa in that I was there for the wonderful NHL All Star Weekend and for the start of Winterlude.  While the All Star weekend was a one-off event, the Winterlude is an annual winter event with fireworks, ice sculptures, and various winter activities.  A big part of the Winterlude too is skating on the canal and I was lucky that it finally reopened before I had left Ottawa (it was closed due to warmer weather).  If you are going to go, make sure to try to book early if you will be there on a weekend as I could see it was a pretty packed event in the city.

Have you been to Ottawa in the Winter? What are your favorite activities to do? Any that you would recommend as must-do?

In Arabic the word “Qasr” means palace.  These were possibly palaces, … END_OF_DOCUMENT_TOKEN_TO_BE_REPLACED

- It was one of my first weekends in Saudi Arabia, finally getting … END_OF_DOCUMENT_TOKEN_TO_BE_REPLACED

There are a lot of great hikes in Glacier National Park, but few have … END_OF_DOCUMENT_TOKEN_TO_BE_REPLACED