As places go Northern Cyprus is still one that seems to be a mystery for a lot of people. With an interesting history, it has been off-limits for many years that often people these days don’t know how much more accessible it is.

Separated in the 70s following a Military Coup the island has seen tension between the Greek and Turkish sides that currently divide the island. However more recently in the last decade, the border has been opened to regular traffic between the two sides. These days there are even talks about reunification. The entire history of the conflicts would be far beyond the scope of this post, however.

For tourism traveling between the sides for those who can visit both sides is rather uneventful and easy to travel between. It probably took me longer to walk than it did to pass through the checkpoints. And with normalization of tourism comes the ability for more people to visit the north and not just those who travel her via Turkey.

So if you have some time in Northern Cyprus, where would one go? Well, we are here to help you with some of that decision making. 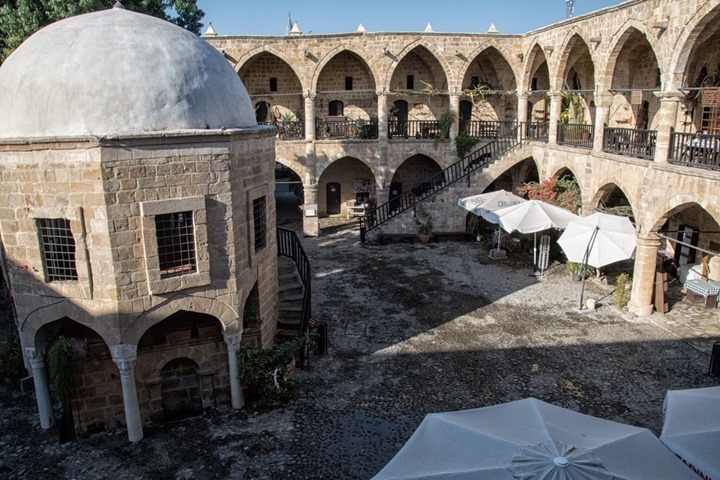 The last remaining divided capitals in Europe, Nicosia is an interesting place to explore. It is strange that you can visit the North without actually spending time here but it is certainly worth visiting and understand the complex nature of relations between the two halves. These days, however, crossing the border is possible (only by foot within the city) and generally, the process is rather easy.

However, it doesn’t take long to really see that the situation is not normalized with military and barricades on both of the borders.

There are quite a few things to see on the northern side of Nicosia. Be sure to check out the various sites including the Buyuk Han, Hamam, and Selimiye Mosque. There are a few places to stay in the area and it will be easily apparent that it is certainly less developed than the southern (Greek) part of the city. Getting lost in the streets and bazaars is also a great way to spend time exploring this part of the city. 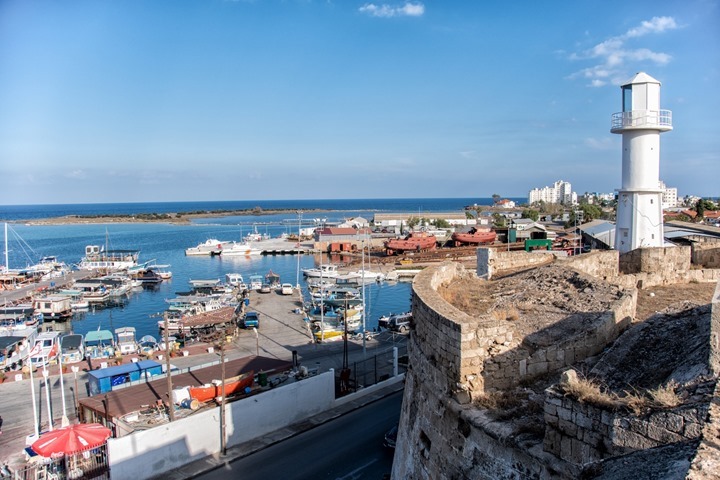 Certainly one of my favorite places in Northern Cyprus, the ancient town of Famagusta is a treasure trove of beautiful ruins and architecture. The old walled city is a great spot to wander around visit historical spots such as the Sinan Pasha Mosque (Church of St. Peter), Lala Mustafa Pasha Mosque (Cathedral of St. Nicholas), Royal Palace, Othello Castle, and many more.

Even just taking the time to wander the walls of the city which has several accessible points was worth the time. Especially in some places, there were some lovely views. I particularly liked the views from the walls of Othello Castle.

For those with more time taking a quick drive down to Varosha will give a very different sort of view of the area. Varosha was a beautiful beach resort area in the 70s that was quickly abandoned during the Turkish invasion. Visiting Varosha is prohibited and photography is generally off-limits but it was something worth witnessing for myself. Standing on the beach watching people relaxing with disintegrating infrastructure behind was bizarre yet an important look at the devastation that partition has played on the land. 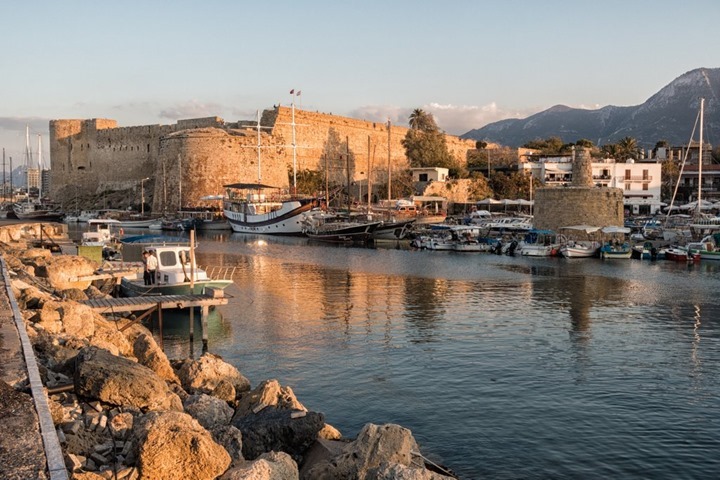 One of the oldest cities in Cyprus and certainly a beautiful one. Walking the old streets and the old port is a highlight of a trip and one of my favorite things to do. Being here later in the day with the reduction in tourists was always a great experience. The port is also dominated by a large castle that historically used to protect the port but these days simply occupies a place as a tourist destination.

This castle, while the views are lovely, if you are pressed for time you are better spending your time and money visiting the other ones elsewhere.

The port is also a perfect place to spend sunset and it was a highlight of my time spending it here with the beautiful light coloring the port and rocks around here. Also just sitting and people watching is worth the visit. There are a lot of restaurants around here that clearly cater to tourists only. The food is decent but more expensive than equally good restaurants elsewhere. 3 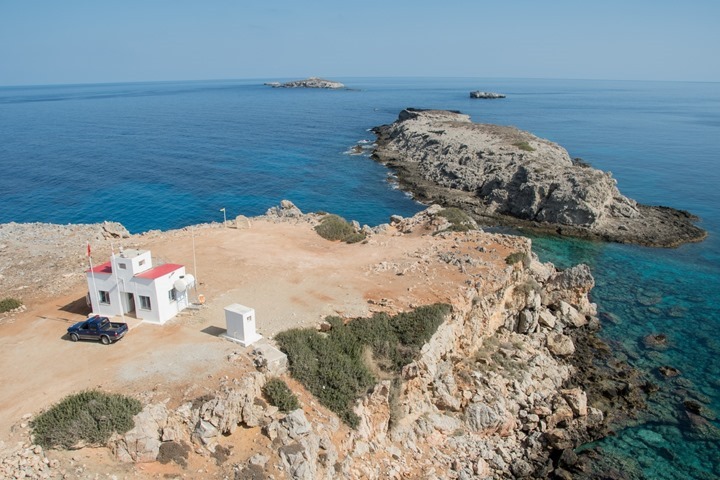 This was probably one of my favorite parts of Northern Cyprus. There was certainly quite a bit of amazing thing to see but more so for the remoteness of the location. Among the sites to visit in this region is the Apostolos Andreas Monastery which is a huge monastery near the end of the peninsula. This was under renovation at the time of visiting so I was unable to visit the interior to of the Monastery.

Along the way were several other churches and monasteries of which a few I visited as well. Most though seemed to be closed or not permanently manned by individuals. Many of these were abandoned or otherwise ruins that were left after the partition of the island. 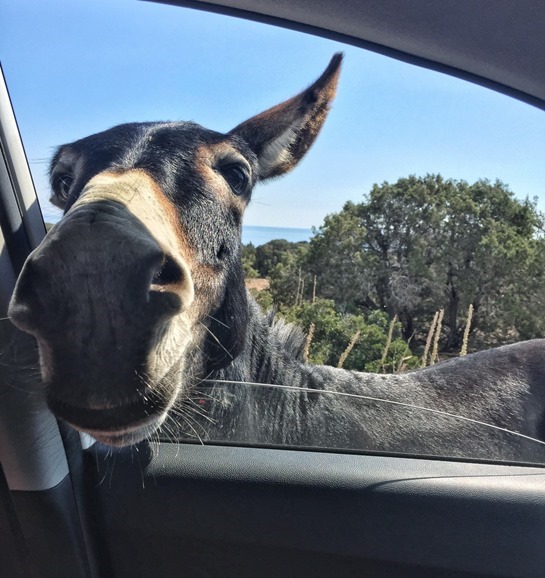 One of my favorite aspects of the peninsula were the copious Cypriot donkeys that inhabit the peninsula. Abandoned during partition these feral donkeys have taken over the local are. They are incredibly inquisitive and will be curious what you are up to while wandering the area yourself. Some even poked their head into my stopped car to check me out! 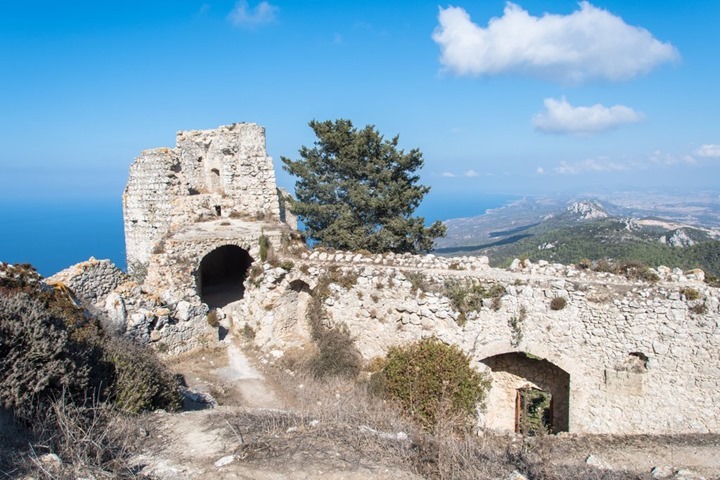 I decided to lump in the various Mountain castles into one bullet. They are all certainly distinct and also quite a bit different. St. Hilarion Castle is certainly the best preserved of the bunch and also the most visited. There were huge tour buses on the mountain road coming from the Republic of Cyprus for visits. But it’s understandable why given how beautiful it is and how amazing the views are too. Buffavento is one of the least well preserved but its famous for its treacherous road to the castle and its gorgeous views. I think

Buffavento is one of the least well preserved but its famous for its treacherous road to the castle and its gorgeous views. I think it’s only worth the effort for the most dedicated or those with extra time. Kantara castle further east is a nice stop and far less touristed it seemed than St. Hilarion. The ruins are in fair but not great condition and the views spectacular too. However, I think I would have been ok missing this one too if I was short on time as well.

Getting to the castles requires some sort of vehicle. Most of the guided tours take you to at least St. Hilarion. You can hire a car or a taxi to get to any of the other ones you might want. I rented a car in Northern Cyprus (I didn’t cross the border between by car, only by foot) so I don’t know the difficulty of traveling between sides by vehicle. Renting in the north was rather simple although I rented my car at Ercan Airport. 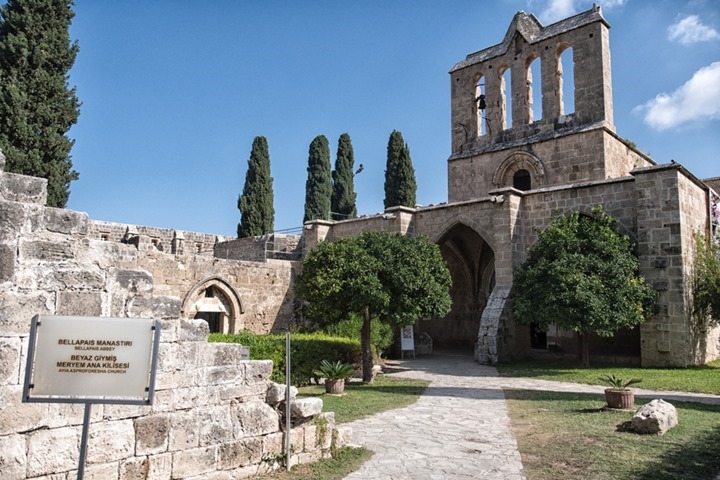 I wasn’t sure if I should put this as a separate item but it didn’t quite fit as easily into the other ones. Located outside Kyrenia it is definitely a visit in itself. The are around it is lovely and with lots of restaurants and shops. The road there is a bit tight however and driving my little left-side drive car had its difficulties as the slightly larger than one lane street was meant for two-way traffic.

The 13th century Abbey is well preserved and a lovely place to wander around. I also made a friend in a small cat that accompanied me on much of the exploration. There is also a restaurant alongside the Abbey although it was rather expensive. There are a few tourist spots around the abbey and a bit of a walk up the road there is a restaurant that was a historic mill that is a lovely stop too.

Beautifully preserved Greek Ruins on the eastern coast of Northern Cyprus. It is about an hour north of Famagusta on the coast. The ruins are certainly incredible and that is a lot to say among all the beautiful ruins in Cyprus. I did not have much time in this area due to myself arriving late in the day. It is some place I hope to return to in the future and certainly worth a stop if you are traveling along this coast. Salamis dates back to the 11th or 12th century BC and was one the largest cities on Cyprus. The area reminded me a lot of Umm Qais in Northern Jordan for some reason.

The area around it is rather undeveloped. There are a few hotels and restaurants but generally I found it better to spend the night somewhere else.

Getting to Northern Cyprus these days is far easier than it used to be as the border between the two places is open now. You can cross the border at several points and there are tours from the South to the North. Within Nicosia the border can only be crossed by foot.

There are a couple car rental places in the North. I used Sun Rent a Car and they were fairly easy to book with via their website. Also of note is that they drive on the left in Cyprus. I kind of expected it would be on the right as in Turkey.

My Turkish SIM seemed to have issues in Northern Cyprus (I’m sure it told me instructions in Turkish on how to activate it) but my US T-Mobile SIM seemed to work fine (it considered me in Turkey).

I found staying in Nicosia to be the best location for myself however there are hotels in several different cities as well. Some parts are surprisingly further than others and perhaps spending a night in Kyrenia or Famagusta might help break up some of the driving. For hotels in Nicosia I stayed at the lovely Cypriot Swallow Boutique Hotel which I can certainly recommend.

If I had to recommend one trail in Glacier National Park as "must-do", it … END_OF_DOCUMENT_TOKEN_TO_BE_REPLACED

If you only have time to do one hike, these are the places you want to go. … END_OF_DOCUMENT_TOKEN_TO_BE_REPLACED

Some of the Best National Parks are in Washington State. Included among … END_OF_DOCUMENT_TOKEN_TO_BE_REPLACED