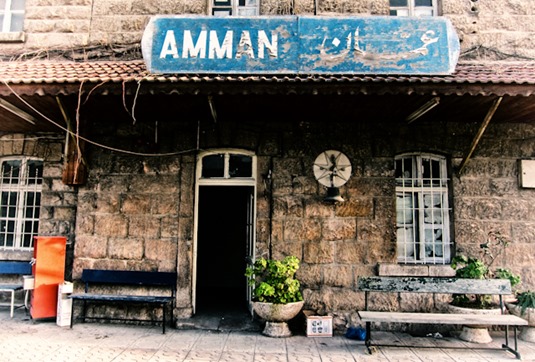 It was just one of those decisions.

We were all meeting up in Jabel Webdeh (a lovely neighborhood in Amman) to relax and talk before one of our friends left for good to the airport.  It was a surprisingly warm March day and we were certainly enjoying the weather of the area.  We all said our goodbyes and started walking back towards the downtown.  Anita was going to head back home and we were just trying to think of things to do when Max mentioned that he’d love to see the Hejaz Railway station and we all agreed that was a good idea, and so a new adventure was born.  Anita had a car because of her job and we all wandered over to it on Jabel Amman (another neighborhood) and crammed into the little matchbox sized set of wheels and attempted to navigate our way to the train station.  However, the first point of business was trying to get ourselves out of Jabel Amman which was surprisingly no easy task.  We circle the area several times, trying unsuccessfully to navigate by map and mobile GPS when we approached one of the local taxi cab drivers and asked him directions.

“Is there a way from here to downtown?” – Asked Anita

“But that is unallowed” – responded Anita

“Everything is unallowed” quipped the taxi driver

So that’s when we learned a bit about the “rules” of the road in Jordan.  Sometimes the only way is the wrong way.  But we were not out of the woods yet, we still had to navigate the congested streets of the downtown.  It seems like utter bedlam if you look at the traffic, and you wonder how people avoid accidents.  But surprisingly the people are quite cordial and actually attempting not to hit you even if it looks the contrary.

We started to attempt to navigate, mostly through a hotel tourist map and a smartphone that seemed to update navigation as soon as we miss our turn.  Speeding around the motorways of the city our destination seemed to always be out of our grasp and the incessant “recalculating” made me want to give up or at least throw the phone out of the window.  And then with some luck and some quick driving, we found our way to where we hoped was the right location and parked. 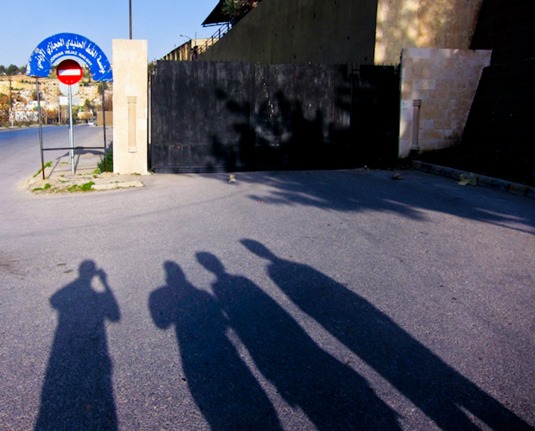 There was a sign, which was a good hope that we were near to our destination if we could only figure or way up.  We wandered for a bit, found some locals who gave up some directions and made our way up towards the train station. 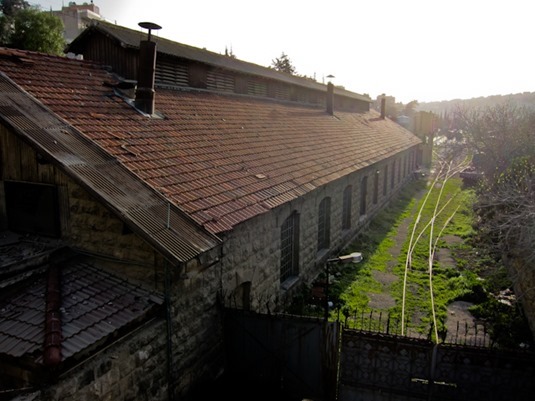 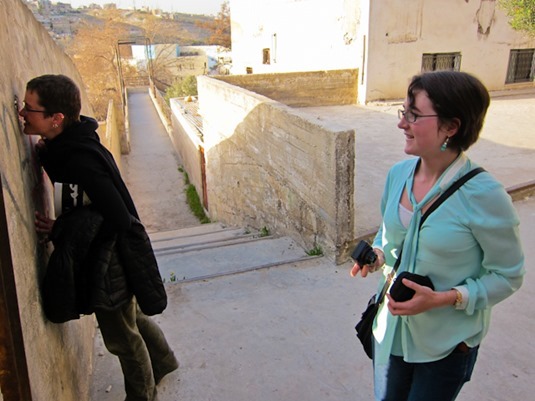 We finally got our first glimpses of the station although still no sign of how to get ourselves inside.  It was an interesting area, far outside of the main area of the city.  We didn’t see many people, just a few locals and a few kids playing in some partially constructed buildings nearby. 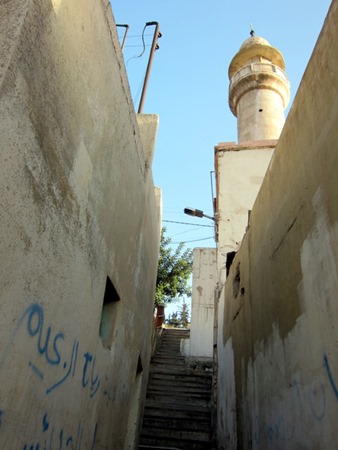 We made it!  Huzzah!  We finally found our destination.  The Amman Hejaz railway station. 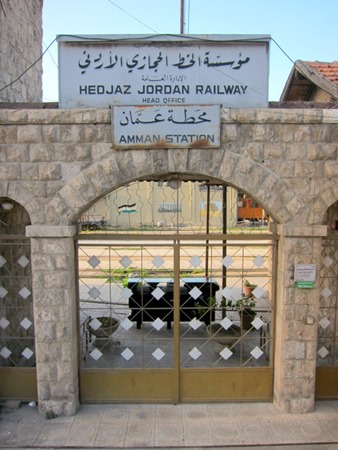 We made our way to the gate, looked around tried to poke our noses inside, but it was all locked up.  Possibly it was closed for good, or possibly we made it here on the day when the place and museum are shut down.  After all that navigating, it was disappointing to think we made it here and wouldn’t have the chance to visit.  And without a car or other transportation, it would be expensive or painful to try to return again.

But then I noticed a little switch sitting lonely on the post and I stared at it contemplating what to do and Marlene saw it too and we decided to push it and see what happened.  A few moments later a person’s head popped out from the above window and said something quickly to us and told us to wait there.  The museum / train station was closed today and we were out of luck, but through some negotiating (mostly by Anita as her Arabic crushed the rest of ours) we managed to convince him for a few JD to show us around on our own private tour. 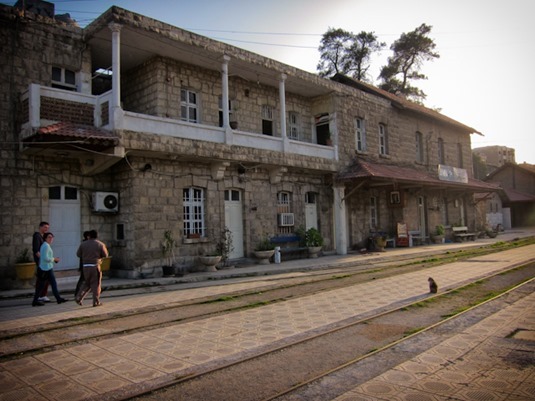 The group and the Guide. I love the cat on the tracks.

The actual station does not operate but apparently, it was operating as recently as two years ago, but due to the war in Syria, they have had to shut down the station.  Honestly by the looks of the station and the train, I am hard pressed to believe this place was running two years ago even.  It feels like it hasn’t been running in decades. 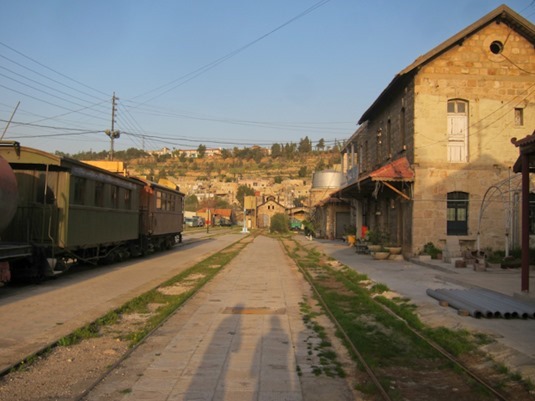 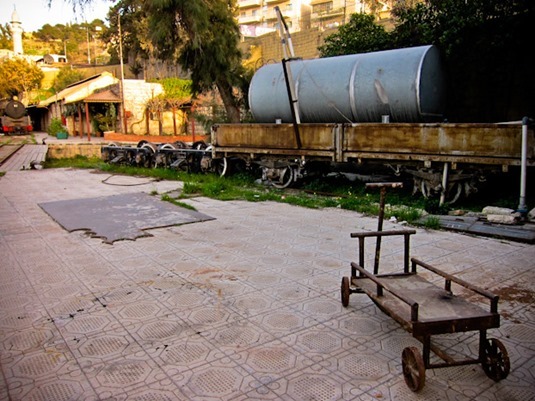 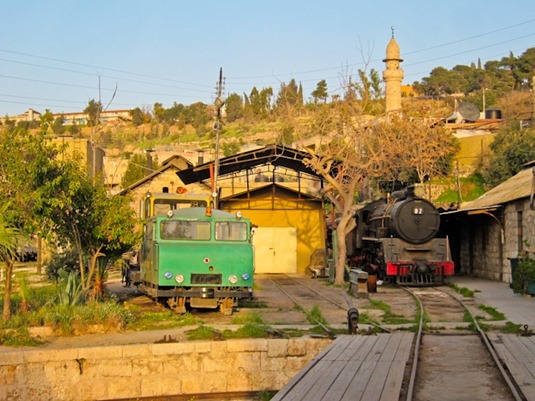 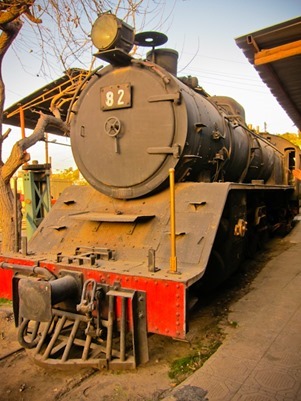 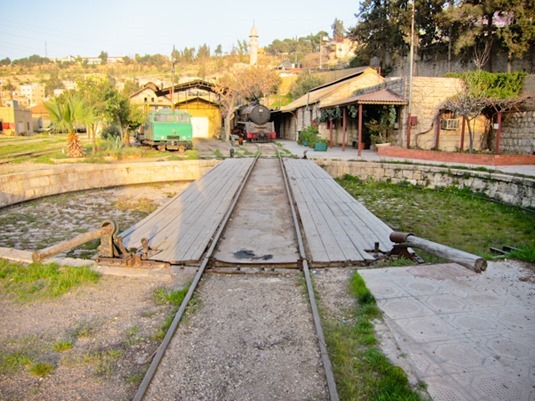 It was actually a really interesting place.  Sadly the museum was closed.  Hearing about the history of the Hejaz railway, and the station was interesting.  For those that don’t know the Hejaz railway ran from Damascus to Medina with many stops in between.  There was also a connection on to Istanbul as well as a connection through Palestine to Haifa.  It was technically completed in 1908 (with some sections still only temporary set up) and then in 1913 the Damascus station officially opened.  The track was originally planned to continue all the way to Mecca but it never got completed due to the start of  World War 1.  Sadly my Arabic still was not very advanced at this point in time so I did not catch all of what our guide was saying but it still was able to catch quite a bit.

These days on a few sections of the train line are still operating, and of course even less so with the conflict in Syria.  There has been lots of talks of restoring stations and other parts of the lines, but there has not been much movement on that.  It would be amazing to return here again one day, perhaps once the conflict in Syria is over to actually get a chance to see the station operate again.  If the station, that is will operate again in the future.

The Hejaz train station is located in Amman along King Abdullah Street.  Now, mind you that street is incredibly long.  It is several miles outside of the city center.  It shows up on a lot of the hotel maps, however.

With its beautiful country-side, rugged, coast, and storied history, … END_OF_DOCUMENT_TOKEN_TO_BE_REPLACED