I’m starting to miss my time in Tokyo.  I used to travel there fairly consistently at least 2 or 3 times a year over the last several years and now it has been over a year since my most recent trip.  Over those many trips I have had so many moments that I have just thought were crazy, curious, or downright funny.  Some of my favorites below:

On my very first trip to Tokyo back in 2006 I was both amazed and confused by everything.  It was truly sensory overload.  We ended up taking the metro the first day and I had to go and buy a ticket but thankfully I had two friends who were with me to show me the way.  I put in a 10000 yen note (as it was my only bill) into the ticket machine.  My ticket came out, but no change, and then a bell rang.  Before I could react a little window opened up on the side of the machine and a head popped out.  He looked at me, then at the machine and said something in Japanese and closed the window.  I had no idea what had happened and turned to my friend who had been to japan about a dozen times before and he said.  I have never seen that before in my life!  A few minutes later, the window opened again and the head returned with my change.

One of my later trips to Japan I was waiting at immigration to get into the country.  The immigration guy stared at me and my passport and then said.  “Excuse me.  What happened to your passport.  Did it go through washing machine?”  I had no good response to that question.  That was when I realized I really needed to get a passport cover for my passport before it was completely destroyed.

My friend and I were returning to Tokyo completely exhausted after climbing Mount Fuji.  We had been taking the train back from Gotemba to Tokyo and we were carrying our new prized Fuji sticks.  The guy next to me seemed very excited about my hiking stick as well, so much so that he kept waking me up to ask me questions about it.  He woke me up several times to ask me if I made it to the top, about the stamps, etc.  Eventually, on the fourth time of waking me up, he suggested that my friend and I should fight each other with our sticks! 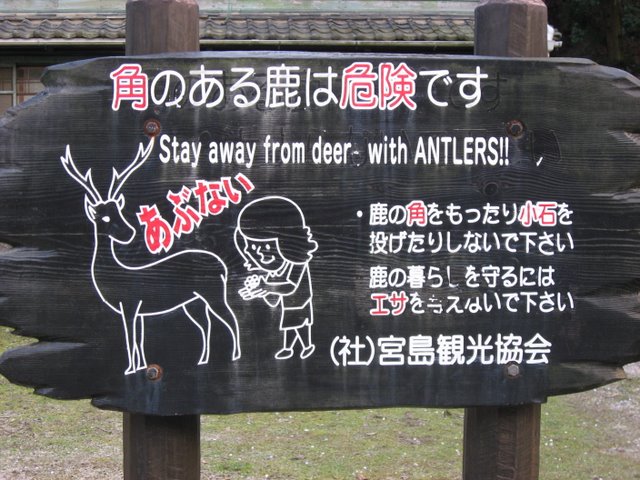 While wandering around Miyajima I had met a wonderful older man who was there taking photographs of birds.  I had approached and used my few words of Japanese before I realized he spoke perfect English.  He had worked for the ministry of education for years in Japan working with English language education and been to the US several times.  I thanked him for the chat and started walking away.  As I was walking down the hill I saw him running after me with several cameras and a tripod around his neck (he was probably 65 or so years old).  I stopped to let him catch up, and he was like well I’m going the same direction it would be great to talk.  He had not used English in over 15 years! And he was so excited to find a native speaker to talk with again.

I was trying to exchange a Japan Rail pass I had purchased while in the US before coming to japan.  The pass, however, said I needed to exchange it at the Japan Airlines Office, which while I figured was odd, I didn’t think much of it anyway.  So I went to the Airlines office in Yurakucho to find out how to exchange it.  The lady helping me started asking her coworkers and no one seemed to have an answer.  They then started asking if maybe there was a misspelling perhaps, or something else, they even suggested going over to the Japan Rail office across the street to check with them.  I was completely OK with that and was ready to leave before they stopped me.  She was like “no no, wait here, we will get the answer.  We are calling the corporate headquarters and will find the answer for you.”   At this point ever single person in the office seemed to be working my request, managers, front desk people, everyone.  There was a large circle of them talking about the issue and several on the phone!  I felt terrible and would have left to check at the JR office but they still had my ticket.  They eventually after another 20minutes finally got a response from someone at their headquarters who called the Japan Rail office headquarters that I needed to go across the street to get it exchanged. 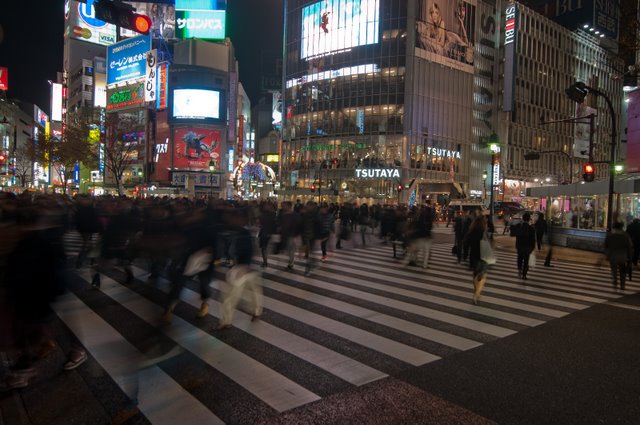 We had just finished up having dinner at an Izakaya place in Shibuya and were walking back to the metro station.  My friend oddly still hungry was getting a kabob over by Hachiko Crossing (the busiest intersection in the world) when this guy in the intersection said to him.  “Hey, I know you!”  We were like clearly there is no way you know him.  But no, in fact, this person remembered him from over a year ago when he came into their restaurant with his large family!  How you can randomly find someone you met once in a place full of thousands of people I’ll never know!

There are a ton more stories, encounters, and such.  Some places seem to occupy a special part of you and Tokyo has definitely been one of those places for me.

For those Visiting Page AZ and Looking for Things to Do, we look to break … END_OF_DOCUMENT_TOKEN_TO_BE_REPLACED

We’ve been trying for weeks now, maybe even months depending on when you … END_OF_DOCUMENT_TOKEN_TO_BE_REPLACED