I have been to Tokyo many times in the past, and I have always wanted to go to Golden Gai but never got the opportunity to.  But when I was talking with my coworker about it this time, he had mentioned he might be interested in going too and being that this may be one of my last trips (although I always say that), I really knew that I needed to try to go now if I was ever going to make. 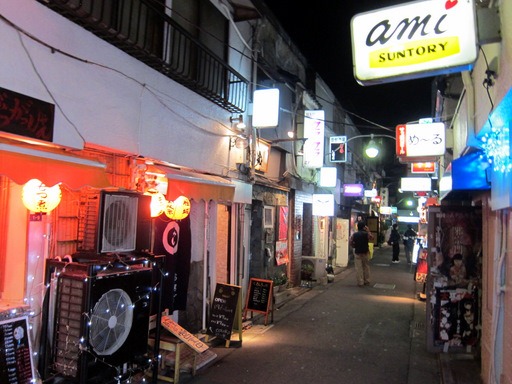 What is Golden Gai and why have I always wanted to go?  Golden Gai is a small area of Shinjuku in Kabukicho that contains tiny little establishments some with only enough seating for 6 people.  The area itself only compromises a few streets but in these streets there are over 200 of these little bars and restaurants clustered here all managing to somehow stay in business and fight change while everything else around them has been demolished and redeveloped.   This is a part of Tokyo history that rarely exists anymore in this day and age.  There are other establishments similar to some of the Golden Gai places scattered around Tokyo.  But they are fewer and farther between and not as concentrated as they are in Golden Gai.  The area of Golden Gai itself consists of about 6 streets located between the Shinjuku City Office and the Hanazono Shrine and is only a few minutes walk from the Shinjuku train station if you are trying to get there yourself.

We had grabbed some dinner nearby and then made our way through the streets, many of them seemingly a lot quieter than I would have expected. It’s easy to forget most of the action is happening behind closed doors in this area. As I walked through I peered into many of the different places, seeing bars and chairs with barely any room for movement with the tenders only really being able to (or needing to) turn to serve every patron in the establishment. 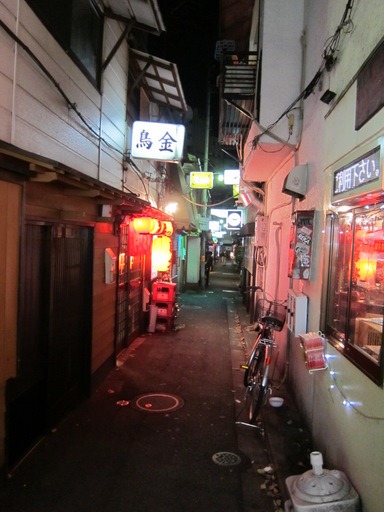 The buildings appear to be nothing more than groupings of ramshackle huts and you wonder how they have managed to survive and thrive in this area. Many of these buildings are not individual places but instead a collection of multiple unique establishments. Some of these places also only serve loyal regulars and getting in yourself would be nearly impossible without an introduction by one of the regulars. Additionally while these days there are quite a few establishments that allow in and even cater to foreigners (you see signs on many doors about foreigners welcome), many of the places it is still very difficult to enter if you are not a local. I didn’t really want to go to a foreigner specific venue, so when my local coworker mentioned he’d be bringing his Japanese fiancé I knew this would be a good opportunity to see a place most foreigners don’t get to see. 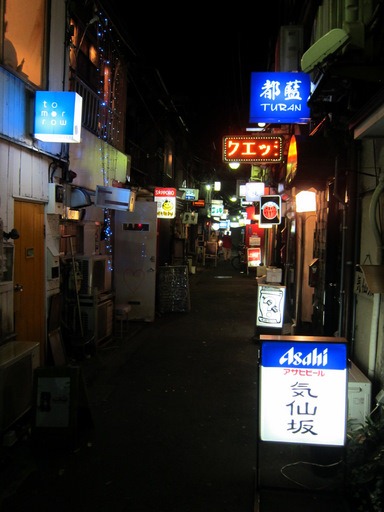 The bar we were going to was a larger place.  My coworker’s fiancé had a friend who was giving a photography exhibit in the place which also contributed to the reason we were going to this particular place. 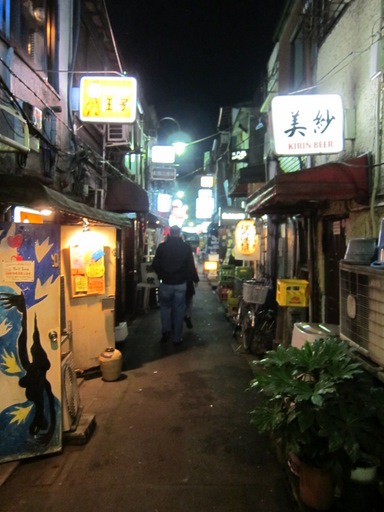 The bar itself was really tiny.  We were not the only ones in there, but you really couldn’t fit more than a dozen people in the entire place.  Now even though many folks have said that a lot of these bars don’t cater to foreigners it is not that they are not welcome, it is that the bar owner often does not speak English nor knows how to handle those who cannot speak Japanese.  So mostly it is possible to go to one of these places if you have someone who is local or someone who at least speaks conversational Japanese. 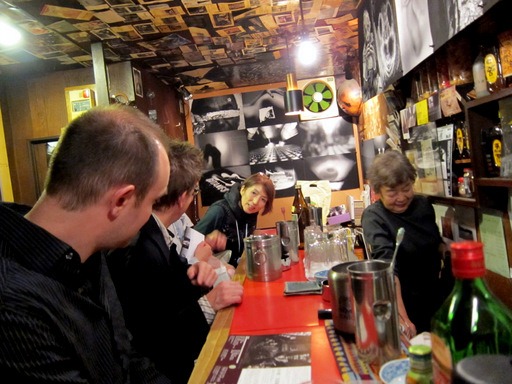 I was pressed up against the door, this is the entire establishment

We grabbed some seats.  The bar itself was very long but not all that wide.  For one person to get out from their seat nearly the entire place had to stand up as well.  There were a few folks leaving as we entered and found some open spots along the bar.  I tried not to take too many photos as I didn’t want to appear even more of a tourist than I already was.   The bar tender served us a few snacks as we place our orders.  The snacks themselves were simple, some rice crackers and pocky sticks.  Most of the small snacks are part of a “sitting fee”, that most establishments in this area charge.  I ordered myself some o-cha (tea) while my friends all ordered various different beverages.  The lady at the bar often would keep attempting to chat with us, and it was apparent that neither us or her understood each other, but thankfully we had some locals with us which made translation and conversation so much easier and enjoyable.  A lot of the experience of Golden Gai is having this quaint atmosphere and conversation and it would have been sadly lost otherwise.

We relaxed for a while, had a few drinks and just sat and chatted away the evening for a while.  As the night wore on, various different folks entered and left the bar, many who appeared to be regular locals of the establishment.  The photographer’s wife appeared at one point as well and she chatted with us about her husband and the artwork on the walls and his future photography book.

I thoroughly enjoyed my time in Golden Gai.  I’m not a normally a bar goer myself given that I don’t drink, but the experience of being in such an interesting establishment in Tokyo was by far one of my favorite experiences of the trip.  And one that I don’t know if I will get the chance to duplicate anytime in the near future.  So even though the entire experience lasted a mere few hours I was sure the memories of the night would last much longer. 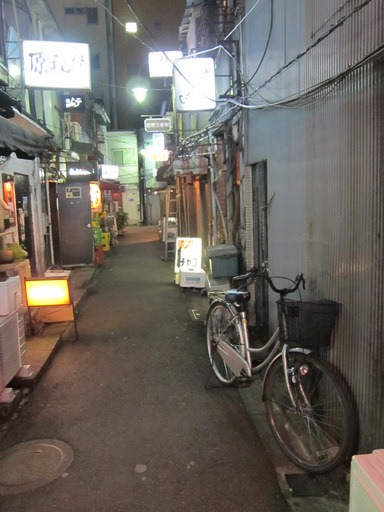 For most people, flying into Salt Lake City is just an exercise in saving … END_OF_DOCUMENT_TOKEN_TO_BE_REPLACED

Safari It’s one of those trips everyone dreams about. And for many, no … END_OF_DOCUMENT_TOKEN_TO_BE_REPLACED

Warning...Use of Deadly Force Authorized... It's Classified... Or at … END_OF_DOCUMENT_TOKEN_TO_BE_REPLACED