Salalah Oman is one of those places that is so beautiful and so magical yet so few people know anything about it. Surprisingly that even is the case among Arabs. Perhaps being peaceful and quiet means people generally ignore you. Additionally Oman is not as flashy as some of its neighbors to the North such as Abu Dhabi and Dubai. And honestly that’s a good thing. There are just so many beautiful places in Oman and I would tend to believe it might be the most beautiful and diverse of the Gulf Countries. In the south, Salalah is one such jewel, chilly and green during times when other parts of the region and scorching under the hot summer sun. It seems to defy logic, going south for the summer for cooler weather and greener hills, but Salalah delivers. I wanted to share some of the photos from around the region. I”ll talk more about visiting places here in another post.  These are from some of the drives around Dhofar (the province for Salahah). 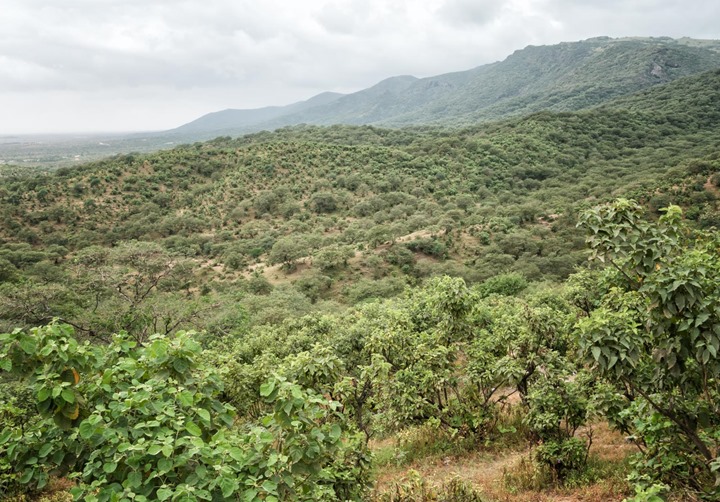 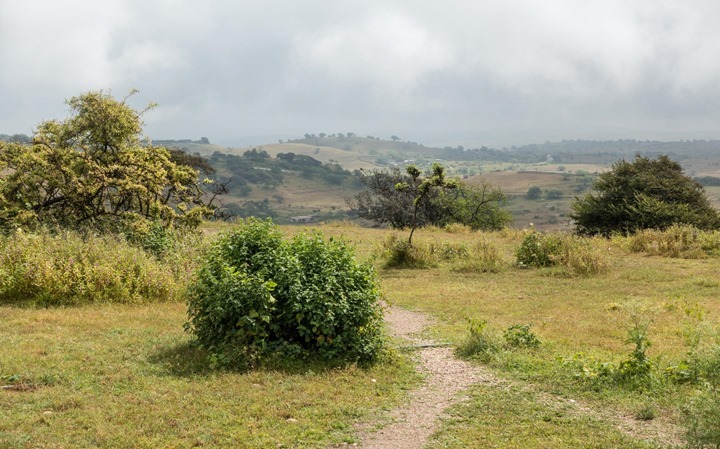 The beautiful Green hills of Salalah. Yes It was hard to know the difference between here and say somewhere else in the world. But yes this is the Arabian peninsula.  If we had been there earlier in the summer they would have been even more green. Yes I did not realize how close I was to the deserts edge that I had visited so soon after here as well. So much diversity in such a relatively small country. 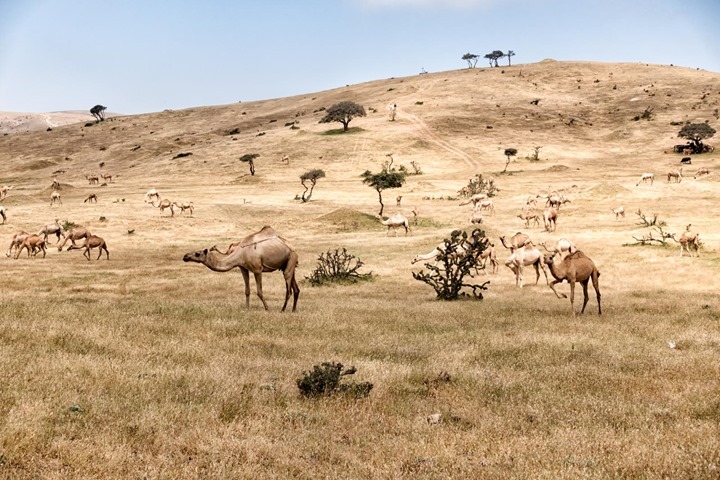 The hills were beginning to turn brown as the monsoon seasons were ending. There were camels as far as the eye can see. You almost thought they were wild until we saw their caretakers coming over the hills as well. 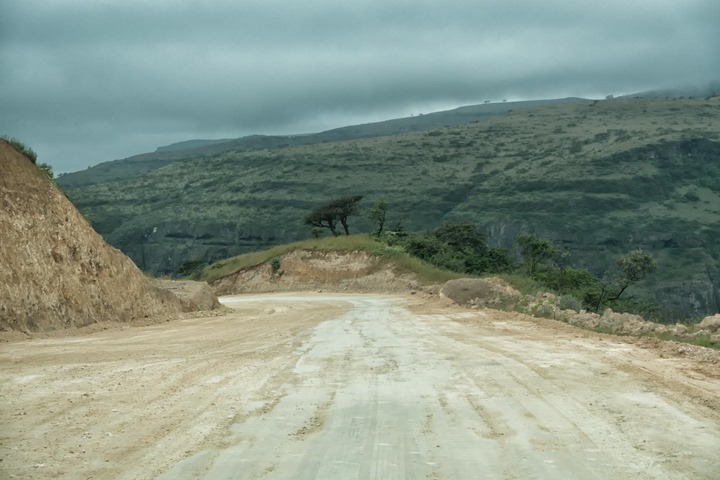 Going where the road is still being built. We were following the GPS but sometimes the road just didn’t seem to really be going anywhere and our tiny little Nissan Sunny was not really up for the cause. Around the bend we saw construction vehicles digging out the future roads ahead and only a few adventurous four wheel drives able to make the trek. Time to turn around and go back! 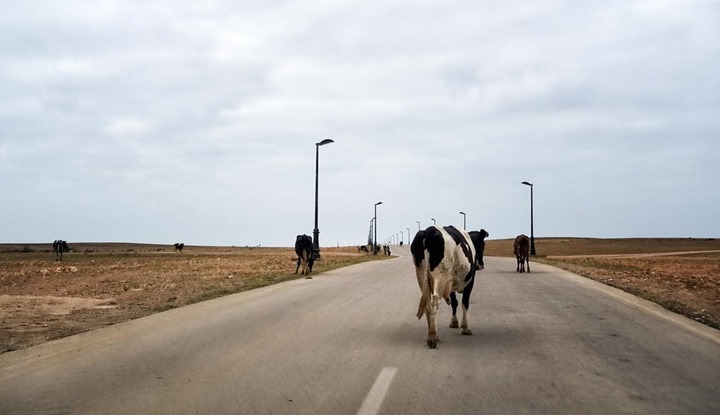 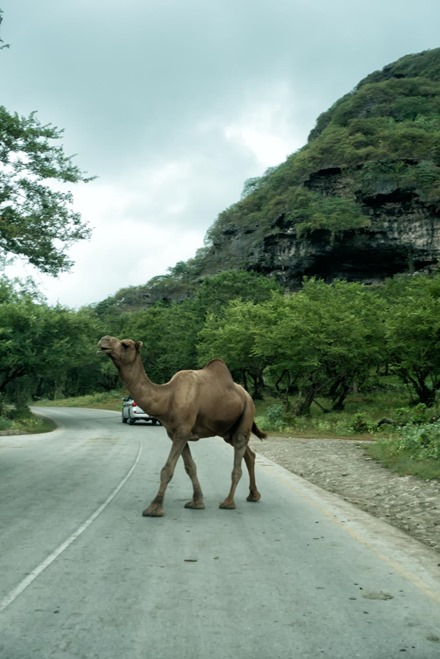 These photos show a bit of the “rush hour traffic” in Dhofar. Outside of the Salalah there was not much in terms of traffic. Just lots of open roads. We did have to be careful a bit and try to avoid some of the wildlife. Yeah the camel especially seems a bit out of the ordinary for the surrounding lush environment. 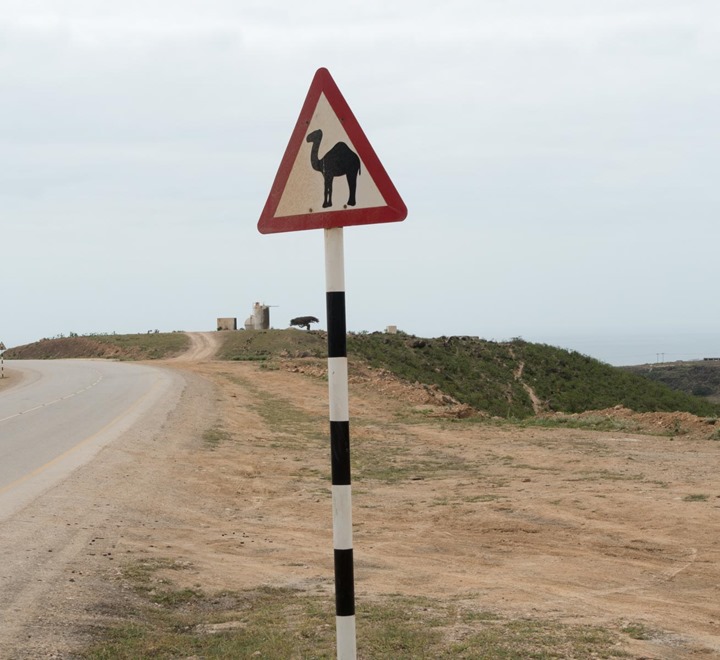 The inevitable “Camel Crossing” Sign. I loved this one and wanted to take it home but of course needed to leave it be. Always on the look out for camels! 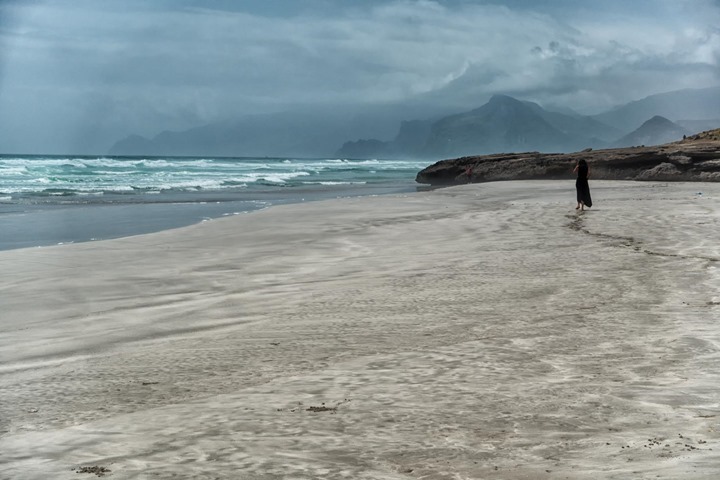 It was so easy to get off the beaten path and find a beach and have it all to yourselves. In Oman you would not really see folks swimming on a public beach but in general you would find people spending the day lounging and have lunch or spending the day with their family. We amazingly had these beautiful places all to ourselves. The beaches are just incredible, the sea and the mountains so close together.

There’s so much to see and do in Oman beyond the hills of Salalah. I would recommend checking my friend’s post on places to visit in Oman.

Visiting Oman is easy and most countries can get a visa on arrival at the airport. Flying to Salalah is possible with a connection in Muscat.

Getting around requires renting a car. There are plenty of car rental places in the airport and many of the big companies including Budget, Sixt, etc.

There are lots of hotels and resorts in Salalah and the surrounding area. My hotel was terrible but my friend loved her resort the Salalah Rotana Resort. It was gorgeous although very far from the main city. I stayed in the city based on a recommendation but I would not want to be there again. There are plenty of other hotels in Salalah if you prefer to stay near other things beyond the resorts.

“Time spent in India has a extraordinary effect on one. ” – Tahir Shah He … END_OF_DOCUMENT_TOKEN_TO_BE_REPLACED