Call me skeptical, but I sometimes feel that people over exaggerate how great things are. Especially something with this guy’s name on it. Is this view going to make America Great Again? 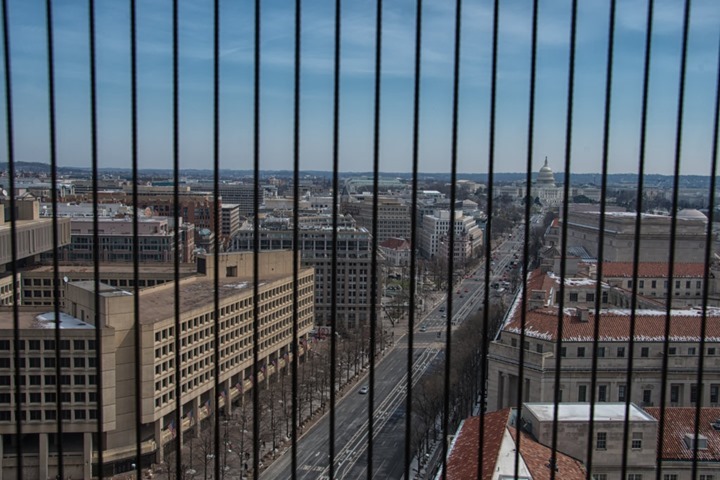 Some say it’s the National Cathedral, with its gorgeous views from the central tower. However, given it’s location it can be a bit hard to see some of the places you may want to see from above.

Additionally the Cathedral is not free. Entrance to the Cathedral runs about 10 dollars. Guided Tours of the towers are certainly by no means cheap either. And it’s not also very convenient to get to either.

So it was sad that the best, free, central location was closed down. What’s a tourist to do?

So when you are wandering around the downtown area you do notice there are other towers located around. Most of which however don’t have any access to the public. But I did notice an old historic building that has been the center of controversy lately. The old National Post Office Building that has become the new Trump International Hotel.

Yes, that hotel, the one that seemed to have drawn angry condemnations and protestors and calls for investigations into corruption by Foreign delegations currying. However this post is not about the hotel, it’s about the tower and museum that still are operated by the National Parks Service.  If you know me, you know my opinion about the conversion to the hotel, but this post isn’t about politics or hotels, it’s about beautiful views… 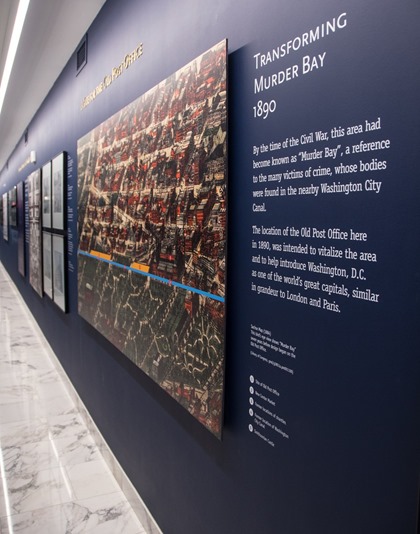 Entering the Museum and Tower

The entrance to the museum and tower are on 12th Street near the Starbucks coffee shop. You’ll see signs for the Old Post office tower. The hotel entrance however is on 11th street. Do not use this entrance if your plan is to visit the tower and museum as you’ll just be sent outside. 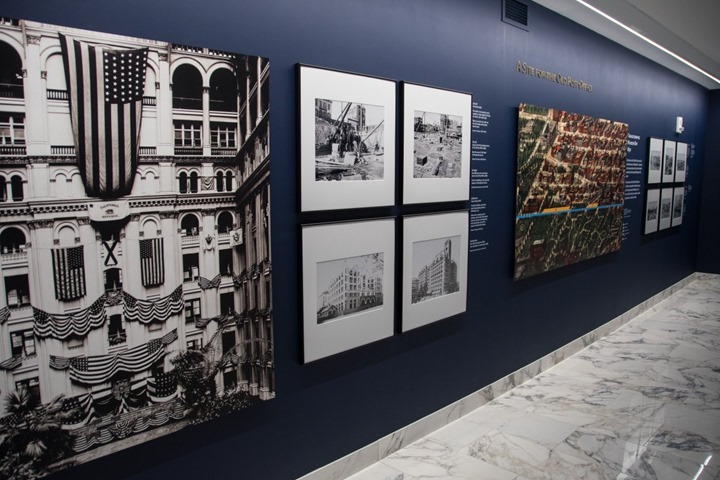 The museum is a series of photographs and captions from the legacy building, when it was a post office building. Back from when people did not really like this building until when it become an important historical building and until now when it is now the hotel. I’m really glad they preserved some of the building here and the history so that people can explore and not turn it all over to private industry. I do like that some of this place still exists for public benefit. 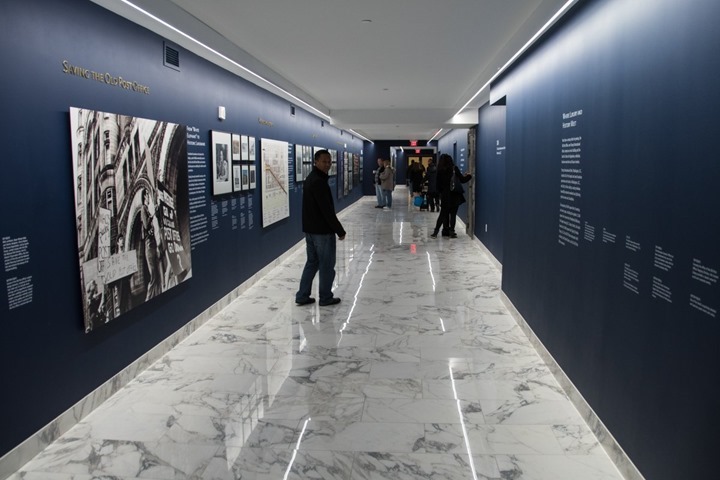 Building in the late 19th Century (between 1892 and 1899) as the headquarters of the Post Office Department (and city post office). The building was the 2nd tallest building in DC (after the Washington Monument) and a bit loved and unloved by the people of the city. The building eventually was considered too confining for postal operations and most of them eventually moved out of the building. 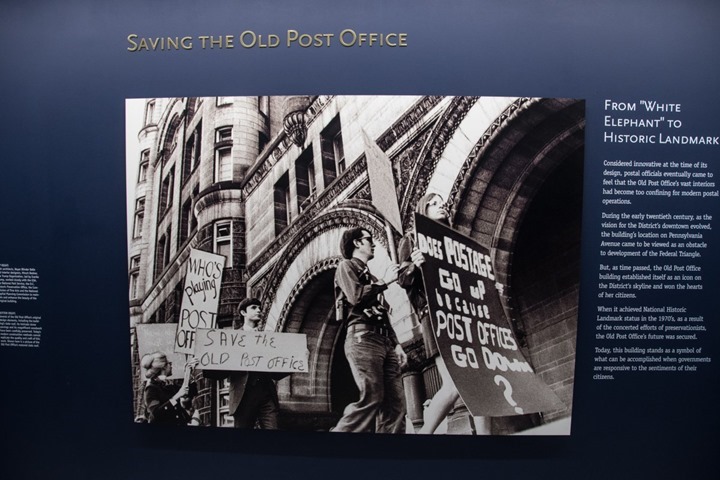 One of my favorite things in the museum was this door below. It is one of the original vault doors that stored some of the valuables in the post office (stamps, money orders, etc.). The vault was not originally in this place but was moved here as part of the museum. You can see of the folks looking through it to see what’s on the other side (really nothing). Still such a cool door and piece of history. 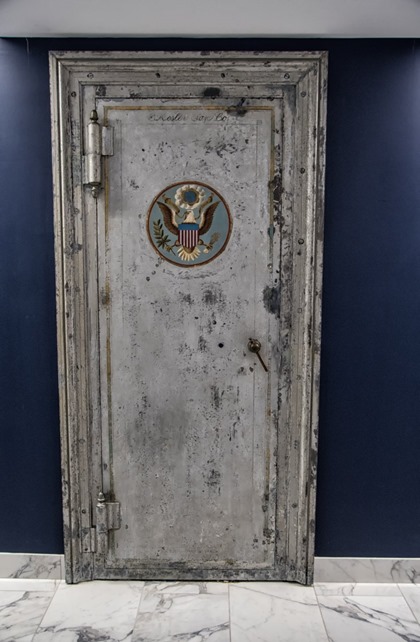 You’ll have to take a set of two elevators to get up to the 12th floor. One of the interesting things is that you can see into the hotel if you are curious about it (you can also visit it, although camera’s are not allowed (but cellphones are)). You get a nice view looking down into the lobby there. 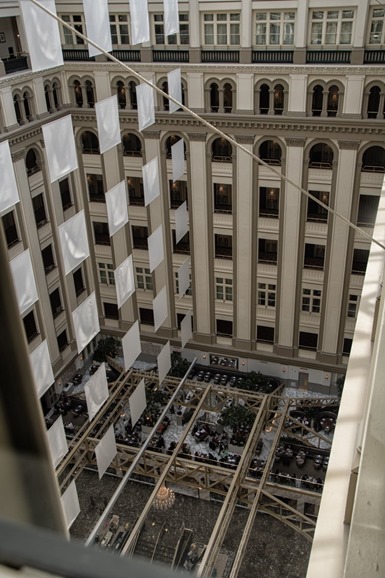 Once you get up to the top of the tower you are treated to a really good view over DC and the surrounding buildings. Given that DC is generally a “short” city, most of the buildings around you are quite a bit smaller. You actually get a great view of the monument and the capital and some of the other well known buildings. One of the distractions is the bars on some of the windows which make it difficult to take photos of.

In some ways the view is better than the Washington Monument. Sure the monument is higher in height but the windows in the monument are really rather tiny. These do give you a more expansive view of the area. 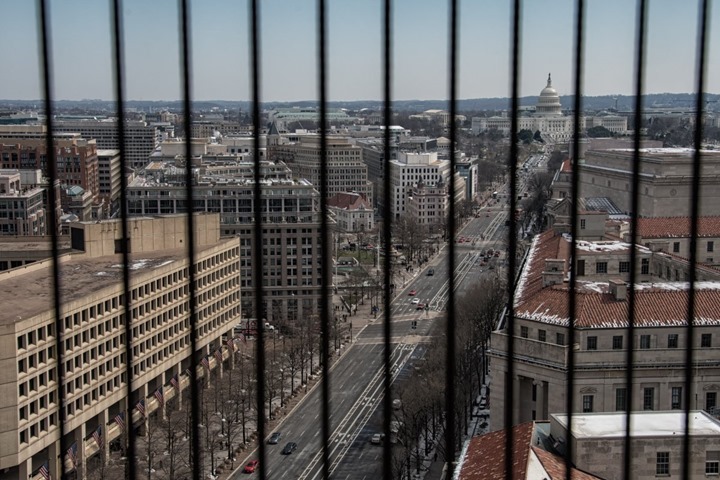 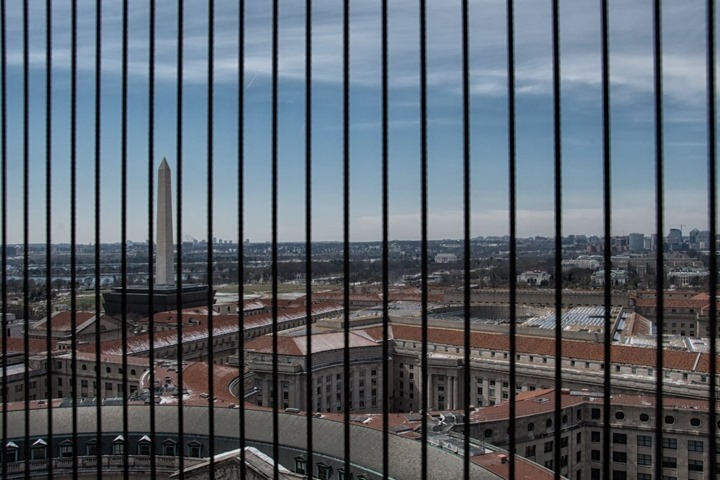 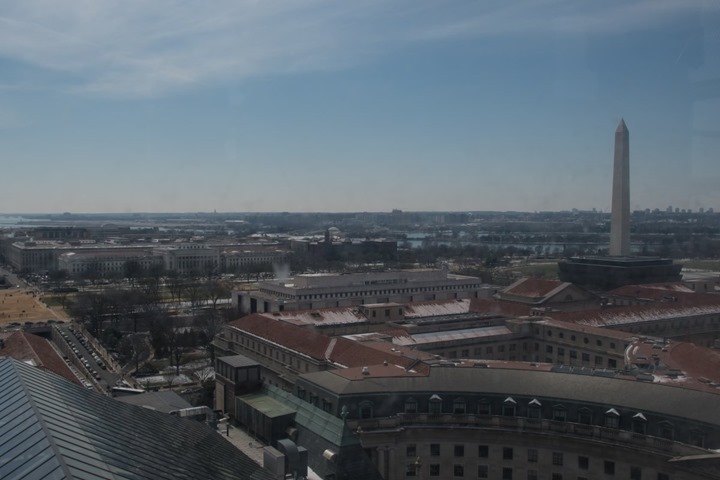 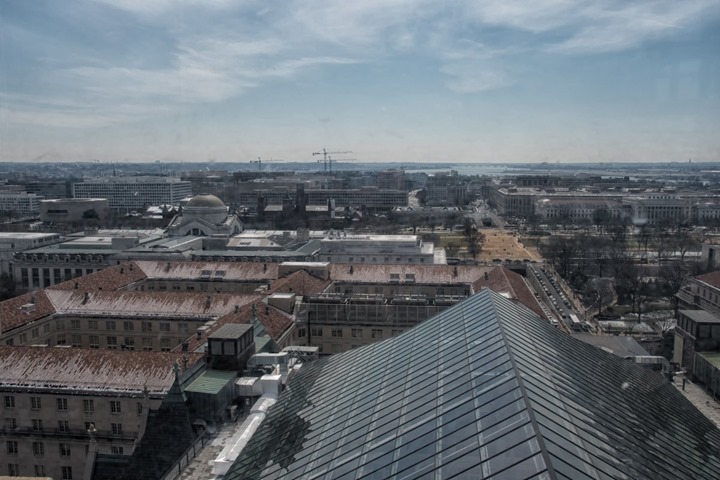 So what do you think? Have you been to the Hotel or to the Old Post Office Tower? Do you think it’s the “best view in Washington DC”? Would love to hear your opinions!

Entrance to the Old Post Office Museum and Tower is located on 12th Street. This is not the same as the entrance to the hotel. There is no access between the two from the inside.

The entrance is free and the site is managed by the National Park Service.

One of the premier hikes in Virginia and along the Appalachian Trail. … END_OF_DOCUMENT_TOKEN_TO_BE_REPLACED

For Most people, the Precipice Trail Hike is one of the most sought after … END_OF_DOCUMENT_TOKEN_TO_BE_REPLACED