Or at least that is the meaning of the name when you look it up online. I will have to confirm that with the couple Bulgarians I do actually know.

But it was a small town for sure and strangely one of the “most famous” places in Bulgaria. Which may be true given I know nothing about the place.

But it was a place my Bulgarian friend had always wanted to visit and one that seemed interesting for a tourist to see. And as a travel blogger “interesting” is the reason you travel and write. 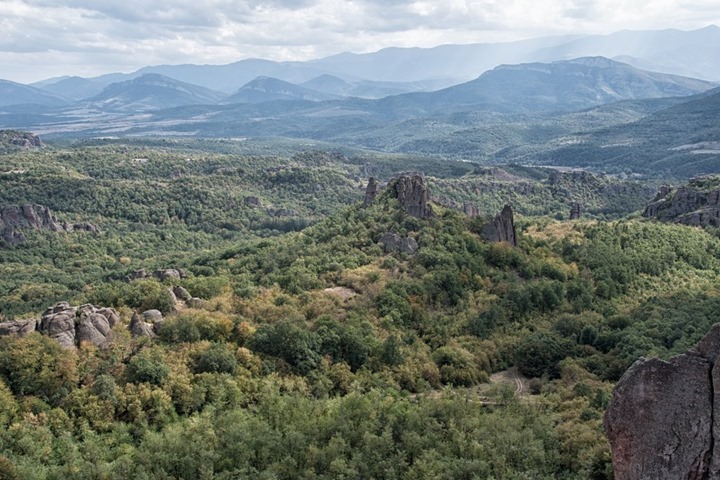 Situated at the foot of the Balkan mountains which run along the border of Serbia and Bulgaria, this small town is famous especially for its “rock formations”. These various rock formations have legends associated with their various shapes and histories. They are also a hugely popular and well known local tourist site as they have been designated as a national landmark.

They are actually also a proposed UNESCO site that Bulgaria has submitted for consideration. 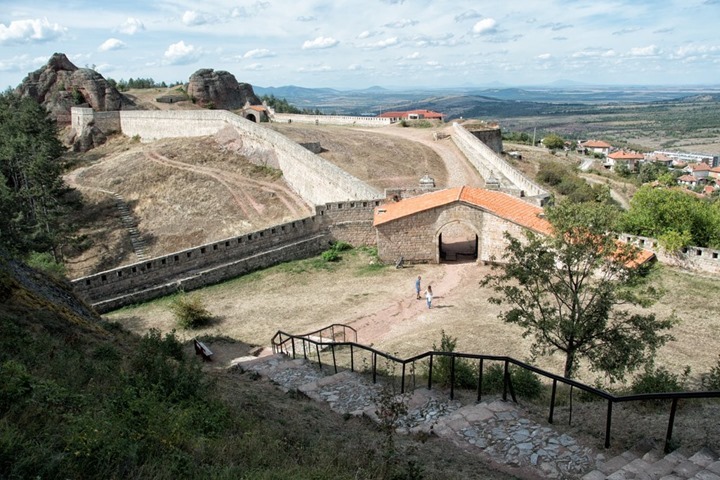 Also in the town is the famous Belogradchik Fortress. The fortress itself was actually began long ago during the Roman occupation of the area but it progressed further through various other periods of Bulgaria’s history as well. It ended up being one of the most strategic and important fortresses in the region.

The Ottoman’s used the fortress extensively after their capture in the late 14th century. The fortress was used for Ottoman control and expansion in the Balkans. It actually served in operation until the late 19th century.

These days however it is just simply a interesting tourist location and point of history for the region. You do realize the impact of the Ottomans across the region and people’s regard for the period depends often on the religion of those individuals it seems. Also having seen Ottoman forts from Eastern Arabia to parts of Europe shows the incredible extend of the empire as well. Similar in many ways to all the incredible Roman ruins (although my opinion the Roman ruins are far more impressive). 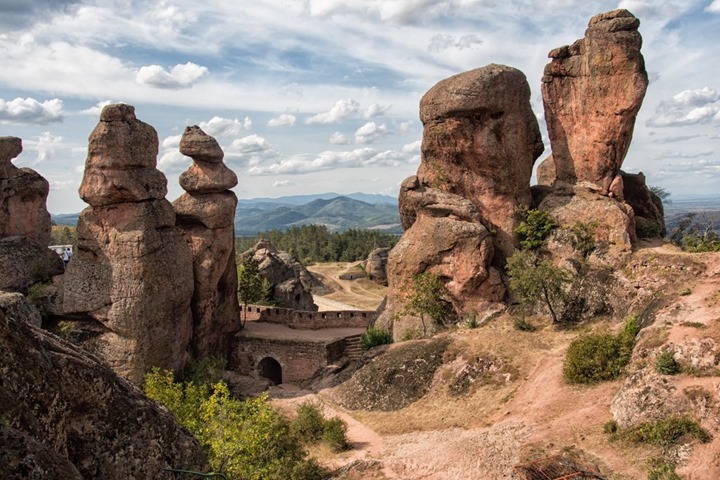 There is not much to “see” in the fort beyond the fort itself which is lovely in its own right. It seems though sometimes that the “rocks” grew up through the remains of the fort as if they were weeds reclaiming the former wilderness of an area. Hiking seemed to be the best use of time in the area and we saw quite a few Bulgarian tourists also visiting the fort while we were there too.

We noticed a guy trying to show off to his girl by hiking around without a shirt on along with several other guys too wandering around shirtless. I lamented the unfortunateness of the locals not being able to afford shirts, while my friend rolling her eyes tried to explain the local displays of “masculinity”. Perhaps this could be a topic of a charity to investigate in Bulgaria. 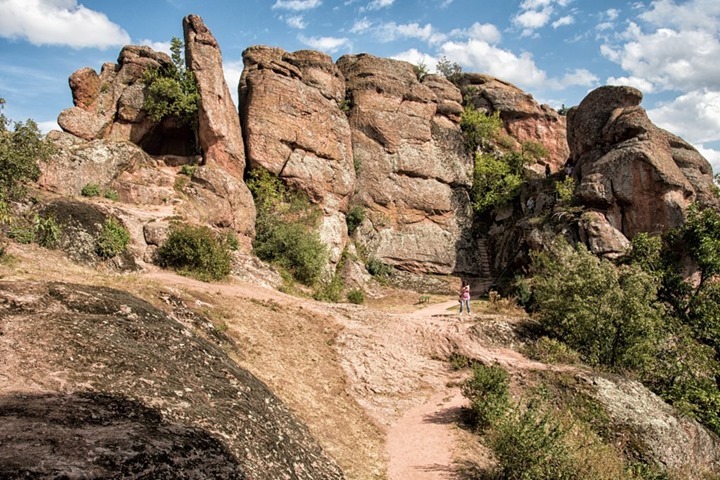 If anything the views from here are worth the hike alone. There were a few places where you could feel atop the world to look out at the town, rocks, and valley below. For those without a healthy fear of heights there were a few precarious spots you could get some incredible views although tethering at the edges. 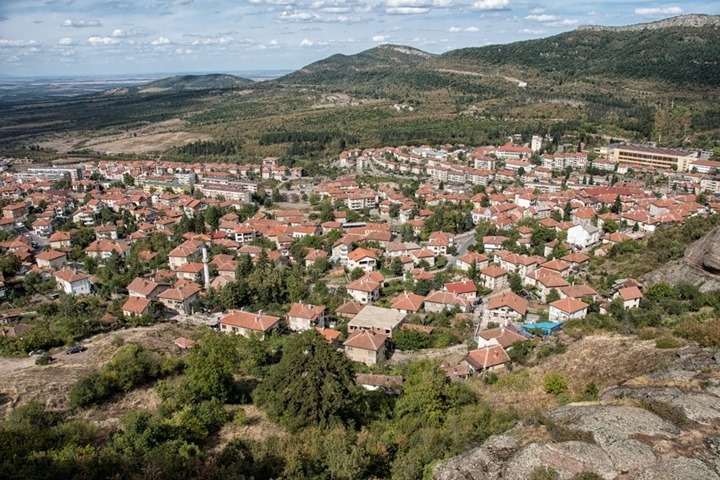 Of course the rocks too from here are also impressive to see. You can’t really get the sense of the legends from this perspective however. 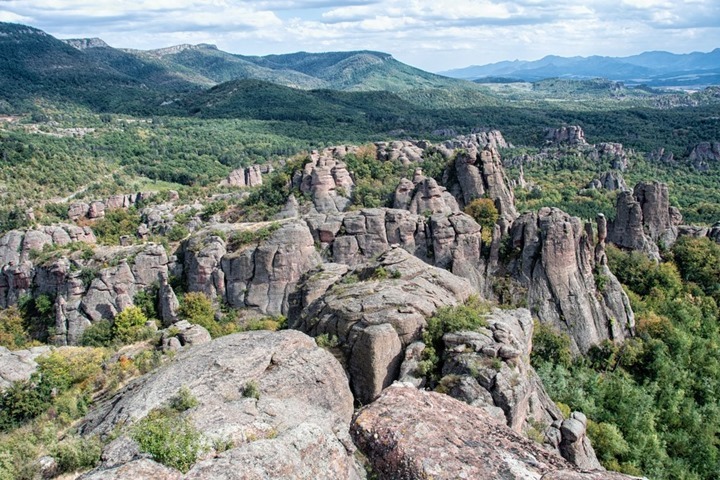 Actually as a trip it was really good. Getting to go somewhere in the country that my friend had not visited was a great opportunity for both of us. And getting lost on the way back to Sofia just added to the adventure of the whole-thing. That’s the beauty of travel though getting to wander aimless and see some interesting things! Having my Bulgarian friend though with me certainly made the trip easier and more fun I believe. 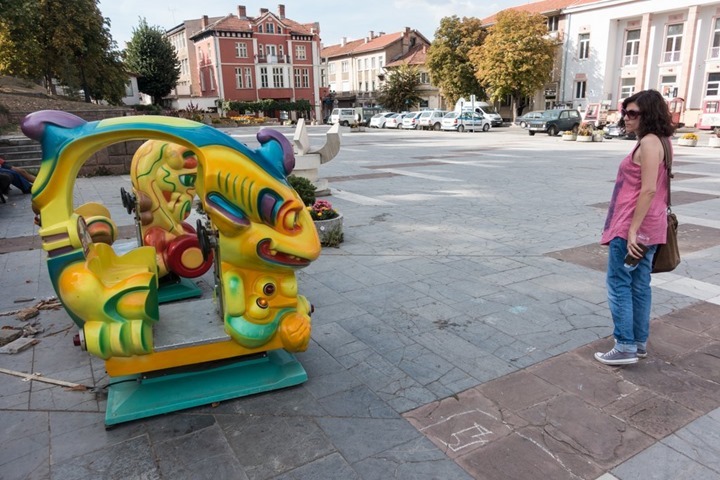 The city itself isn’t of the most interesting kind. For most people visiting on a day trip is probably enough.

There are hotels in Belogradchik. Well, one regular hotel and several guest houses. The Large Hotel Skalite has several restaurants and is a fairly comfortable option but pricier. You can also try to book in one of the local guesthouses as well.

Getting here is rather tricky. Honestly without your own form of transportation visiting much of the area is difficult. Belogradchik is located close to the Serbian Border and about 3 hrs from Sofia. It’s a bit of a long day trip from Sofia (we did it this way, however), but it might be a good stopover on a cross-Balkan trip.

Language is definitely is a bit trickier once you leave the city. I was lucky to have a friend with me who was Bulgarian s, of course, rse managed just fine. Just a note for those traveling around. In Belogradchik there were people who spoke English but generally not well.

It is definitely worth the visit. The rocks and region are beautiful. Probably nicer as part of a larger exploration of the area. This area is considered  national treasure and was submitted by Bulgaria for consideration for UNESCO World Heritage status. So it is very important for the local mythology of the area (with all the legends related to the rocks) and the fortress is of historical to Bulgaria too.

“Is the gate open today?” “What gate?” “The gate at the border” “What … END_OF_DOCUMENT_TOKEN_TO_BE_REPLACED