The short time together with my friends was about to come to an end.  They had been here in Italy for over a week more than I had, and I had planned to take a few extra days and go somewhere new.  I basically figured that Sicily would be a good place to go because I had never been and I really couldn’t quite think of anything else I felt like doing. 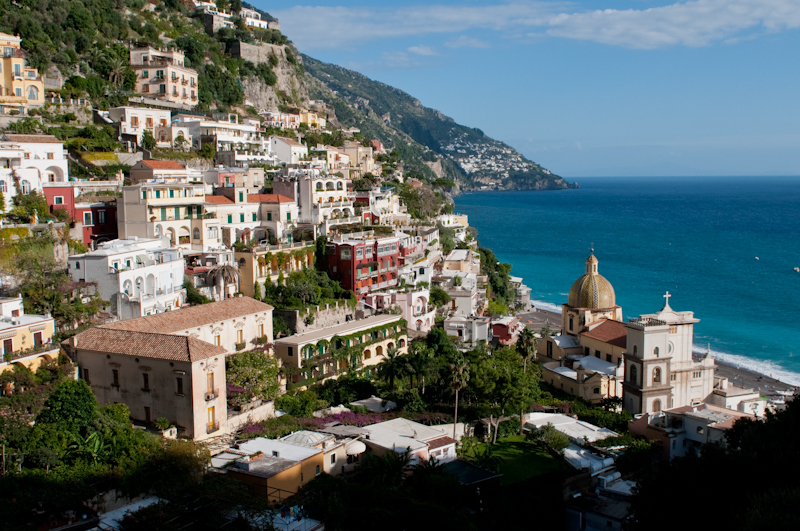 Oh Positano, How I miss you already…

We arrived early evening in Naples, my friends’ last stop and my port of departure for Sicily.  I quickly booked my evening ticket and looked for a locker to leave my luggage.  Now the signage in Italy is pretty bad for directions and in Naples more so.  Some arrows pointed left and others right, but none seemed to actually get me where I want to go.  It wasn’t until I finally found someone to help me that it became more apparent.  Now I’m not a big fan of left luggage areas, but given newer security issues basically finding lockers is non-existent.  Having to be dependent on office hours and them having control over your bags just makes me nervous.  My train is after 11 so I wanted to see how late they were open.  Well we’re open until 1030, but we stop working at 10pm.  Ugh, seriously?  Why is the office open until 1030 then?  Is this an Italy thing?  Yeah I couldn’t afford to leave it there, so it seemed like I would have to carry it with me.

Now Naples is a big, stinking mess of a city.  I’m sure it has its charm, and I wish I was there longer maybe to actually find them out. I think I would probably need a local to show me around it to get a better sense.  Either way after coming off the bliss that was Positano, Naples is a bit of a grind. 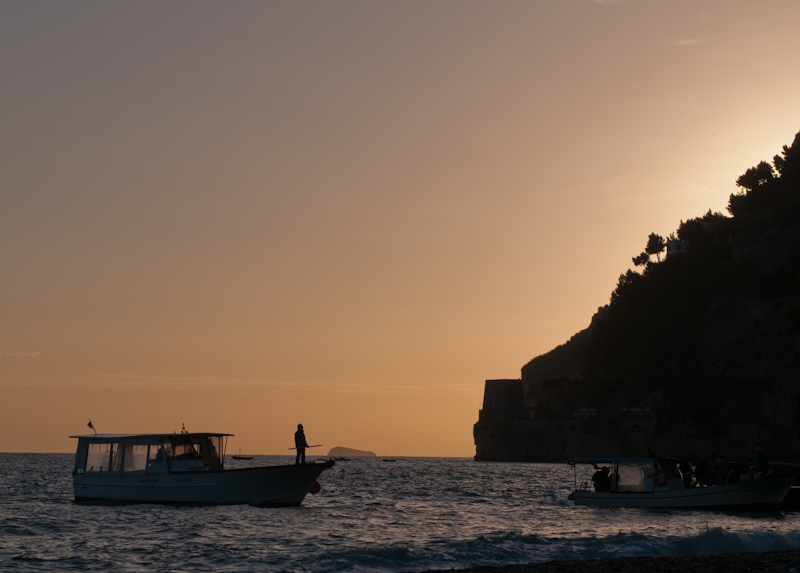 Another Positano Pic — Did I mention I miss it?

We got off at the Dante Metro station and attempted to navigate to their hotel room for the night.  We checked into this odd but nice looking B&B in some old building and then went to wander about among the restaurants and trash pile walls along the city streets. I didn’t end up getting many photos that night, partly out of fear and mostly because I was too hungry to think about photography. 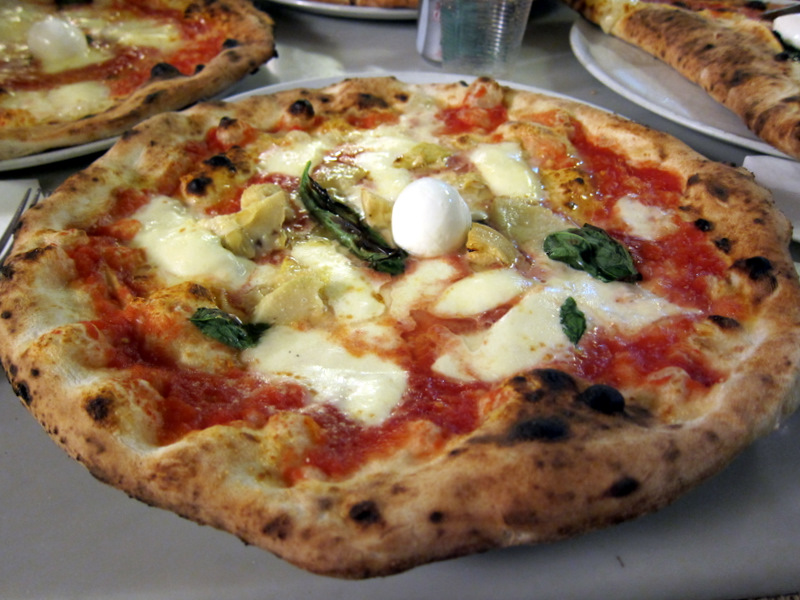 I already forgot why I was upset with Naples before.

Well dinner ran a bit long and I needed to start hauling it to the metro.  Apparently the time was really late and I could only make it half way before they shutdown (sigh…) so I had to walk the rest of the way to the train station.

Basically the road to the train station (or at least my best guess at the moment) was a bit sketchier than the place we previously were.  I basically did what any tourist carrying a large backpack on his back (and a smaller one on his chest) would do, walk quickly and look like you have a purpose.  Plus I needed to make good time anyway.  I definitely got a LOT of stares on the way, and nearly run over too.  Also some biker nearly ran me over on the sidewalk no less and his buddy on the back spit on me.  Great…

The train pulled up and I had to find my seat.  No I didn’t get one of those posh sleeper car seats…oh no…those were all booked.  I got to hang out with 5 of my closest strangers…in a small hot compartment.  So it was me, 2 Americans in culinary school in Florence, and 3 others who didn’t speak English (although I don’t believe they were speaking Italian either).  Well so essentially the compartment reeked of bad BO and cigarette smoke…awesome and this was not at all a short overnight train ride.

You want to know how to make Italian food sound unappetizing?  Talking about Italian cooking while being able to smell your neighbors…yeah this was living…

Well we puttered along in the dark until we got to what I imagined the dock was.  This was the moment I was waiting for…The secret for how to get the train from Italy mainland to Sicily.  And wait we did, I think we were there for at least 2 hours before we started moving again and then the train rode up onto the ferry. 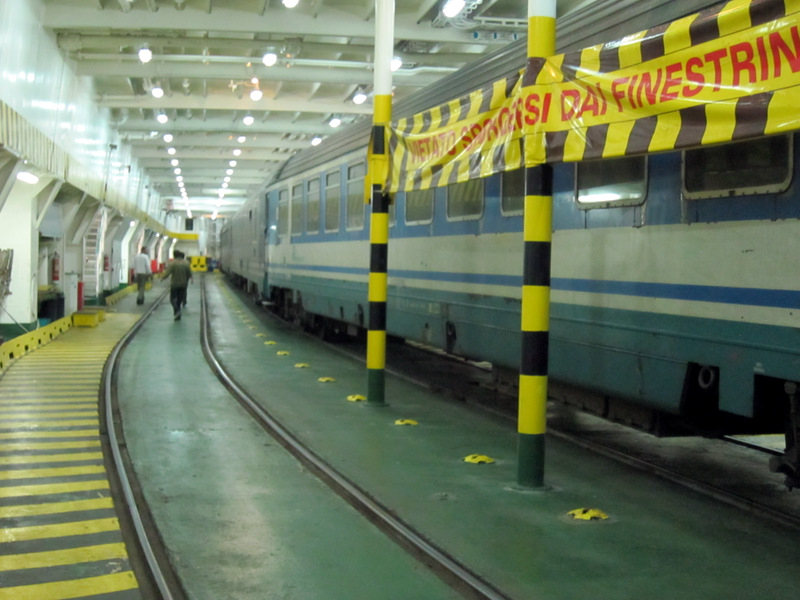 Quite possibly my two favorite modes of transportation combined into one

Is there possibly a cooler way to get from Italy to Sicily than by Ferry Train?  It is quite possibly the most amazing and impractical mode of transportation ever.  Plus getting on the ferry allowed me to get off the train for a bit, stretch my legs, and breathe some diesel fumes which were ironically somewhat fresher than the air I had been breathing on the train. 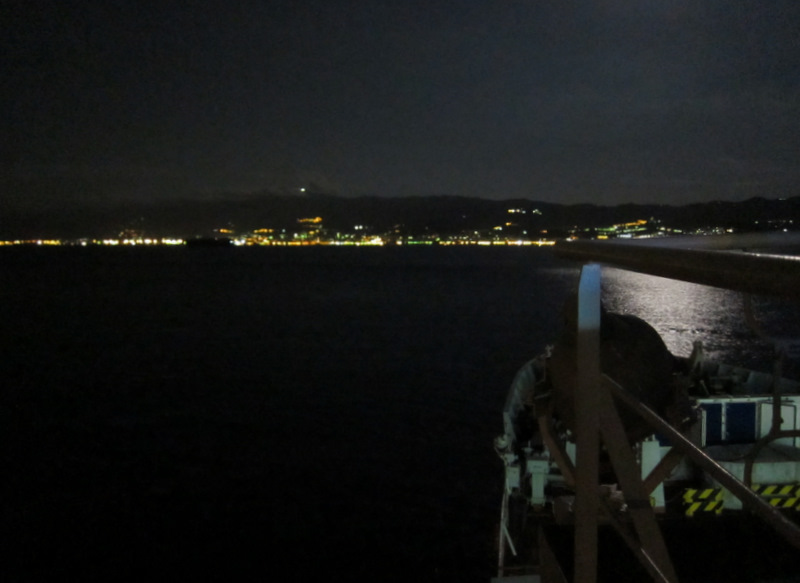 You can see the blurry city of Messina in the distance

So even after all this adventure there were still hours to go.  I thought I was never going to make it to my destination, but then the sun came up, and even though I had basically not slept at all, I had hope for the new day and my new destination. 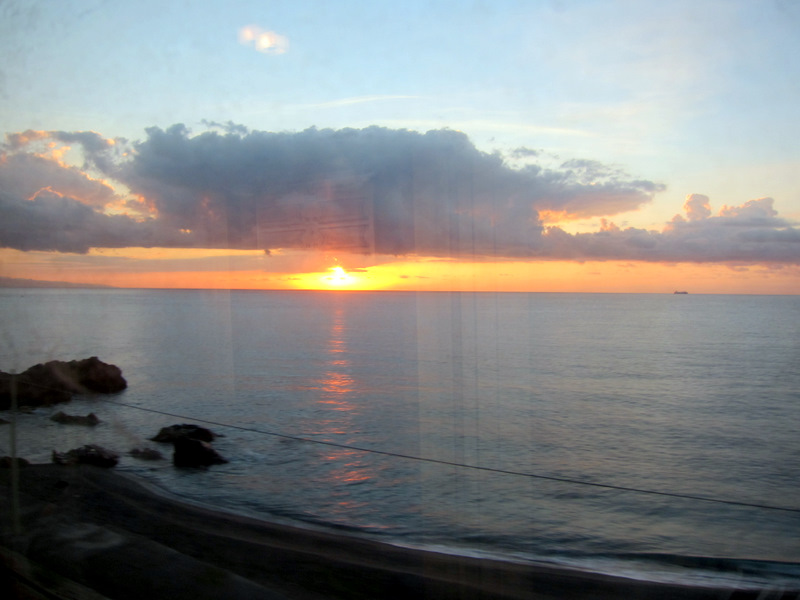 Good Morning Sicily, I am so happy to see you.

What is a Border. That is something that Chamizal National Memorial … END_OF_DOCUMENT_TOKEN_TO_BE_REPLACED