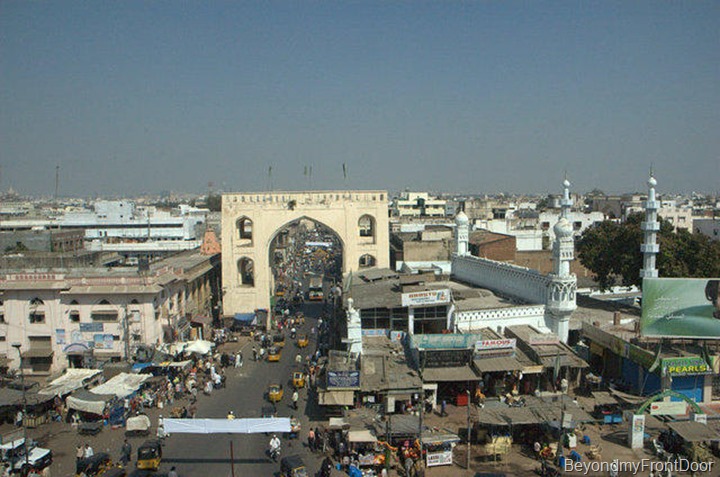 — Note– I added in a guide to getting the visa for those looking for help.

It’s been several years since my last trip to India.

In 2007 I made it an important goal to get to Hyderabad India to see my grandfather who was getting up in age.  And I’m blessed to have had that opportunity since it was not soon afterwards that he had passed away. So travel to India since then has not had the same urgency or draw that it had prior and I sorta didn’t keep it on my immediate radar.

Fast forward to 2013, and my mom had decided to visit India since her sister was going (whom I saw early last year in Qatar), and I opted to not take the trip since I had a new project starting soon. However soon it seemed that more and more people were planning to go and it was becoming a reunion unlike one that had occurred previously and would allow me to meet some family for the first time. That is one of the troubling parts of having family spread out across the world, meeting people is not an easy affair and when you have folks who you haven’t even had the opportunity to meet, such opportunities cannot be taken lightly.

My mom has the OCI card (Overseas Citizen of India) so for her traveling was a non-issue, but for me as I never find myself in one place long enough to apply, I needed to get a visa. But I figured, it should be simple enough, I’ve gotten a visa fairly quickly in the past. Back in 2007 I was able to get a visa the same day, and even as recently as last year getting a visa while more involved was not terribly problematic through companies like travisa.

“You are getting a visa now?” – my friend asked.

“Yeah but I’ve gotten visas quickly in the past, no big deal” – I replied

“Yeah it is all different now” – he replied

On the surface if seems things haven’t changed much. There has been quite a lot of changes from 2007 however, but understandably perhaps the process has gotten longer and more restrictive.  In 2007 the application was short and the turnaround very quick. I recall trekking to NYC on a cold January morning. I arrived early at the consulate dropping off my application and passport and returning later in the day, navigating through the throngs of people visiting family, traveling for business, going on yoga retreats, or just trying to “find themselves”, whatever that meant. It was chaotic, but it was quick and relatively painless. I even picked up a Nintendo Wii at Nintendo World in Rockefeller center at lunch while waiting for my visa to be ready.

The process is longer, sure, and more of a pain now, but still not terribly so.  The application these days is 4 pages, you fill out the application, mail in your payment and you receive your visa if there are no issues within a relatively short period of time.

So what’s the problem then?  Well in July 2013 the system changed from travisa who did a fairly decent job I’ve been told to a new company BLS international. I don’t have personal experience with travisa myself but I’ve heard relatively few complaints from family and friends who have used them in the past.

So even with BLS, the process is generally the same.  Officially it takes about 3-5 days in person or 7-9 days by mail.  However this seems to be more of wishful hope than an actual schedule. From my experience and the experience of others I know it seems that if you get it in less than a month you are doing well.

As I was trying to hurry the process I attempted to go in person.  My home address is in Pennsylvania, but I’m currently in Maryland with the likelihood of moving soon.  So I went to the DC office to apply but was told I could not apply here because my home address is PA (even though my work address is Maryland). They told me I could bring a utility bill to prove I lived in Maryland (which they also state can’t be used to prove residence). Even if I could have returned and brought one, the amount of time wasted in case they still deny me made more sense to mail it to NYC. I filled out a new application (the NYC office requires a different application) which took longer than planned given all the extra info you need for postal instead of in person (payment, shipping method, etc).  The address on the website also does not match the address that Fedex or the post office expects, so you have to just hope there is no confusion in the delivery process.  I sent it next day air to hopefully reduce the turn around on the application and they received it the next morning.

Two weeks passed and I heard nothing, no status update, nothing. The helpline once I got through said it was in process but had no further information and calling the NYC office was futile. I discovered there is an escalation process and put in an escalation ticket and I received a response they would get back to me soon.  No response.  Two days later I was able to get through to another person (getting a person on the phone is extremely difficult) and it seemed it moved onto the next step the day I put in an escalation ticket! Several days passed and it moved to the consulate and then back to the office where it sat again. It seems putting in email tickets pushes it slowly through the process and you have to constantly call to keep up on them on status (the website does not update regularly).

The application status just shows that it is “awaiting document check” while another status that a friend pointed me to would show a more up to date status of “sent to consulate”. The day they said it would ship back to me it didn’t as I dutifully kept an eye on fedex tracking. Perhaps I don’t know all the steps required from when they tell me it will ship until it actually does, but the lack of clarity in the process is anything but frustrating.

The visa did finally ship, 3 days after they said it would, and about a month after they had received the passport and application.

Reading online lately I’ve read plenty of stories of months of wait time, lost passports, etc. And sure some could be exaggerated, but I don’t by much. I read another report from a blogger on his experience of getting the visa as well.

One of my personal friends who was going on his first trip to India filled me in on his experience too.  He applied through the mail at the NYC office, however they refused to mail him back his passport (which he had to contact them to discover). So instead he took off work and traveled down to NYC.  So he took off work, traveled to NYC, and waited in line for hours…however the doors close at 6pm and he was told to go him and return another day, so his hours of waiting in line were for naught. He did eventually get his passport on his second try.

“Yeah…it took forever, but I finally got it. I got there at 1230, they open the doors at 4. I was the 6th person in line, the first or second to finally be handed my passport and it was 5pm when I left. They close the doors at 6 so basically they see about 20 people / day.”

Some of the issues

I can’t help but find things that I had to learn myself and hopefully will help others in the process. Or perhaps if someone reads this and can actually fix the process as many are relatively easy fixes.

Web links point to old pages that don’t work or are irrelevant. If you click the link for list of required documents it sends you to the Indian Embassy homepage…not helpful. I ended up Google searching to find the information.

You end up having to fill out the application and then take information from that and fill out an order form with it. The order form does not even verify its a valid application so this would be very easy for you to mess up.

There are multiple ways to track your application (application #, passport #, etc.) and they don’t give you the same information. Some of the information is more useful than others.

Finding all the information you need is a bit of a scavenger hunt. I kept hoping I had everything and that I wasn’t missing anything. There are so many exacting requirements that if you screw up it says you basically have to start over again.  You need to make sure you have all the required documents and photo copies, specific photo requirements, and that the airbill is printed and not handwritten. If they had a check list that would be amazing or making your own might help. Perhaps I’ll try to write up a better guide on Indian visas after my trip. The travisa site still has a pretty good guide for filling out the application.

The phones don’t work, or at least not well.  Calling the Washington DC office I got an out of service answer. Calling the New York office I got a response that it was a suspended Verizon wireless account. Maybe they hadn’t paid their cell phone bill when I called? The helpline constantly says all circuits are busy. You can occasionally get someone on the phone however, it just seems to be a bit luck and trial and error.

Sadly the new process really is not friendly to users of the system.  I’m not sure why the change occurred from a company I’m told that worked well to the new one, but perhaps it will eventually get to a state that is workable. As so many more people are trying to come to India for tourism, business, and other purposes, I really hope the process improves soon.

Check this guide too if you want help with filling out your application, or trying to get answers.

When people imagine Oman they really don’t know what to think. It is one of … END_OF_DOCUMENT_TOKEN_TO_BE_REPLACED

There are a lot of great places to visit in Salt Lake City. When I first … END_OF_DOCUMENT_TOKEN_TO_BE_REPLACED