Located at the extreme western end of the the Isle of Skye, in an area called Durinish close to Glendale. The beautiful, rocky, windswept coast is one of the most picturesque locations in the area. 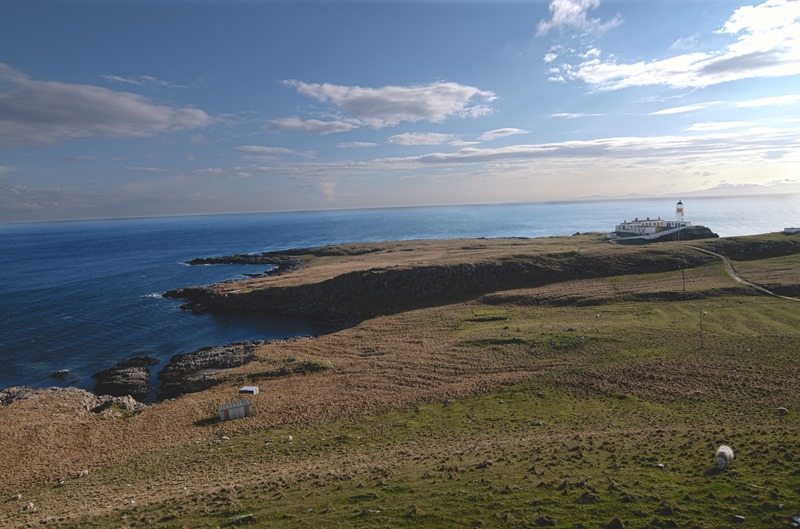 Built in 1909, originally as a manned lighthouse. Currently the lighthouse has an automated system (like many of the lighthouses currently around the world) and only sees occasional maintenance.

The lighthouse sits 142 ft. (43 meters) above sea level and can be seen up to 16 nautical miles offshore.

The keeper’s cottages are privately owned and while in the past were used for rentals are mostly empty these days. 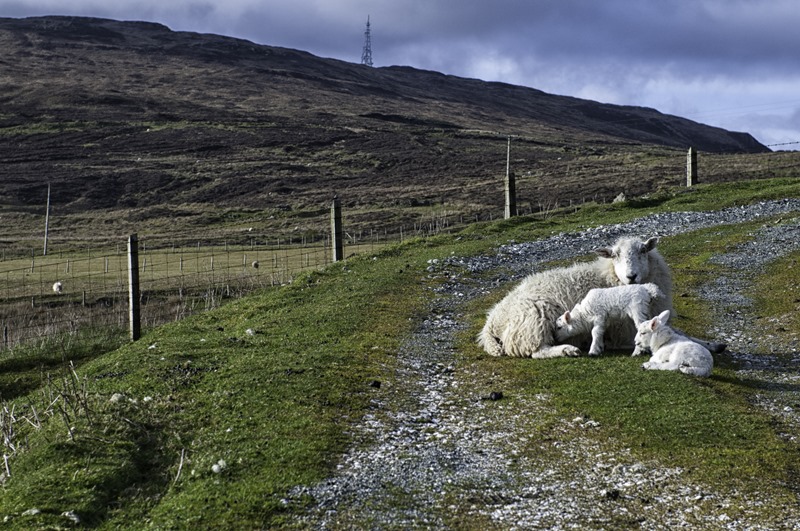 Getting to the Neist Point Lighthouse

The Neist Point Lighthouse is located at the most westerly point of the Isle of Skye in a very remote area of the Island. Given this, the road to the lighthouse is a one lane road with some occasional hair-raising moments.

You’ll need to be cautious and careful about pulling over to the side to let vehicles pass and be sure to stop at areas where it’s safe to do so.

The area is also incredibly windy too which needs to be taken into consideration.

The Lighthouse is located about 11 miles from Dunvegan.

You’ll also see a lot of sheep on the path to the Lighthouse. Which can make for some good photo ops as well. 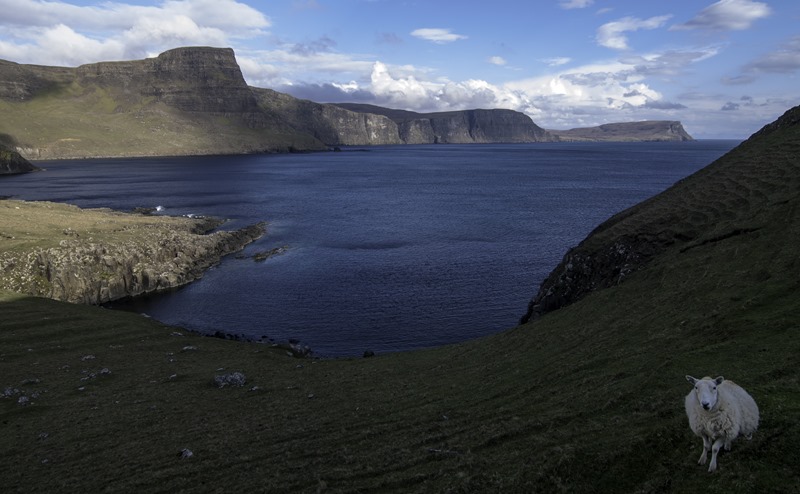 Parking at the Lighthouse

There is a small parking lot at the end of the Single track road about 7/10 of a mile from the lighthouse. This is the closest you can drive to the lighthouse.

If the parking is full you may be able to park further back along the road.

The Walk to the Lighthouse

It takes about 20 – 30 minutes from the Car Park each way to the lighthouse. You do need to be in fairly good physical fitness we feel to make the walk as there is a lot of up and down and some steep areas you need to traverse.

Be careful near cliff areas as it is possible to hurt or kill yourself with falls from the area. Especially if you are trying to get up a cliff to take photos.

I did love all the sheep that we saw along the way as well. The area is a popular grazing area for local sheep.

- It was one of my first weekends in Saudi Arabia, finally getting … END_OF_DOCUMENT_TOKEN_TO_BE_REPLACED

There’s something about Christmas in New York that is just special. Even if … END_OF_DOCUMENT_TOKEN_TO_BE_REPLACED