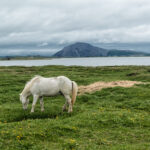 For many people, their impression of Iceland is one of a desolate ice covered rock. But in reality there is a lot of greenery and wildlife in Iceland. While it isn’t such as places further south with a greater diversity of fauna, the animals of Iceland both include native species such as Puffins and imported species such as Sheep and Horses. … END_OF_DOCUMENT_TOKEN_TO_BE_REPLACED 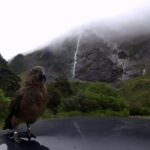 Ahh he would probably be the first near hitchhiking bird I have ever seen.  Certainly the first among any mountain parrots that I know of. He decided to really get a bit friendly with us on our way to Milford Sound.  He was hopping around the car as we went to stare at the waterfall before us, and even tried to jump in at one point when … END_OF_DOCUMENT_TOKEN_TO_BE_REPLACED

I'm a huge aviation lover, in particular anything that flies or goes into … END_OF_DOCUMENT_TOKEN_TO_BE_REPLACED

Some of the Best National Parks are in Washington State. Included among … END_OF_DOCUMENT_TOKEN_TO_BE_REPLACED