One of the most unique sights in Georgia, David Gareja is a rock hewn monastery complex that sits on the border of Georgia and Azerbaijan. It is also one of the best day trips from Tbilisi that you could ask for. 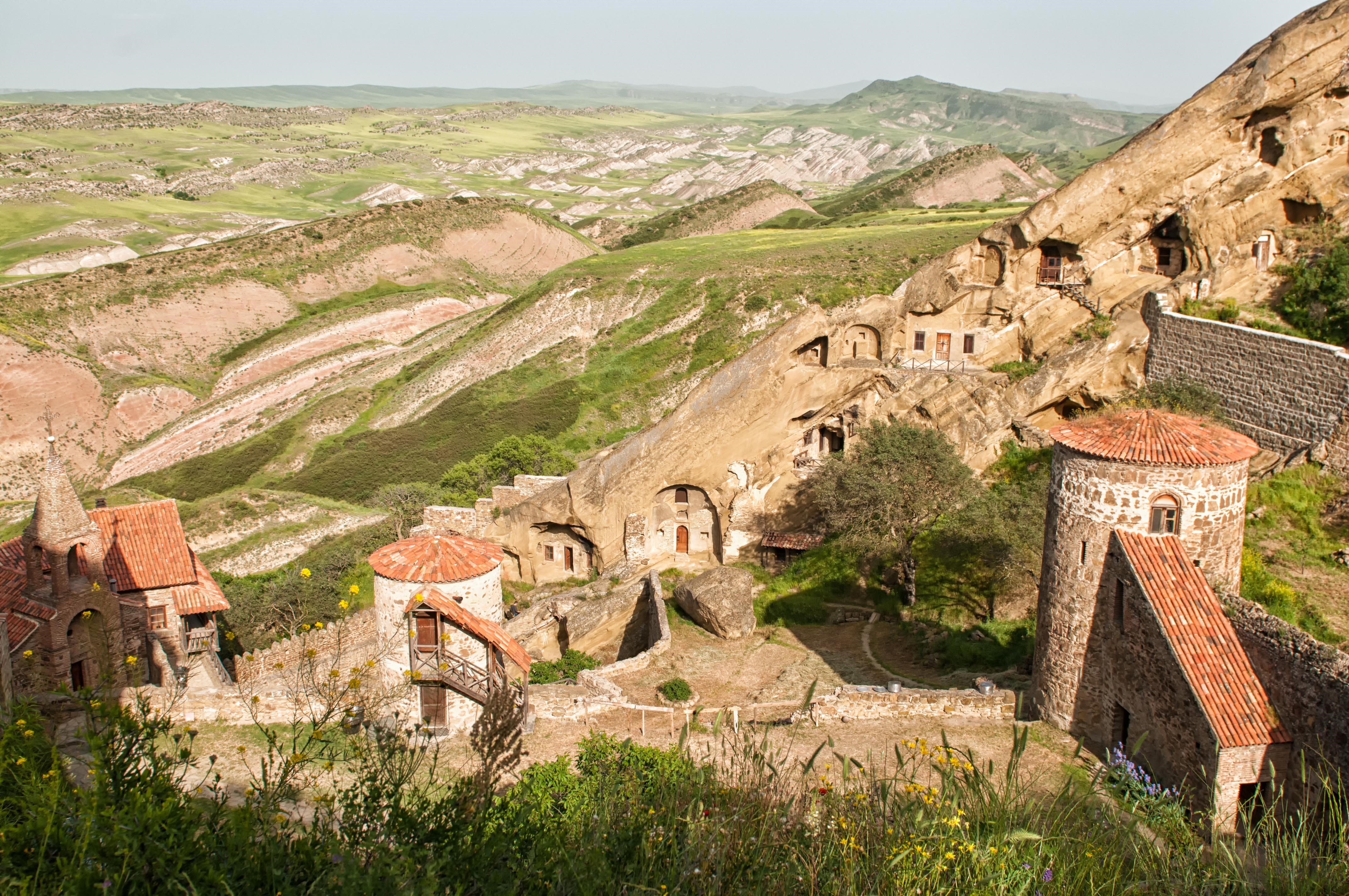 The David Gareja is a monastery complex located about 60 KM South East of Tbilisi (about 32 KM from Rustavi or Gardabani).

The monastery complex sits on the disputed border between Azerbaijan and Georgia. Parts of the complex do sit in areas that Azerbaijan controls and claims as part of their territory (you’ll see a fence here that denotes this location and often security forces patrolling).

The Complex was founded in the 6th century by St David Garejeli who was one of the Assyrian monks who visited this region of the world.

Under his disciples the monastery complex continued to expand. In the 9th century further development was overseen by the Georgian St. Ilarion.

The Complex reached its height in the 12th and 13th century and was a place that was linked extensively with the royal family of Georgia. It even became the place of confinement for the 12th Century Georgian King Demetre I after his abdication. 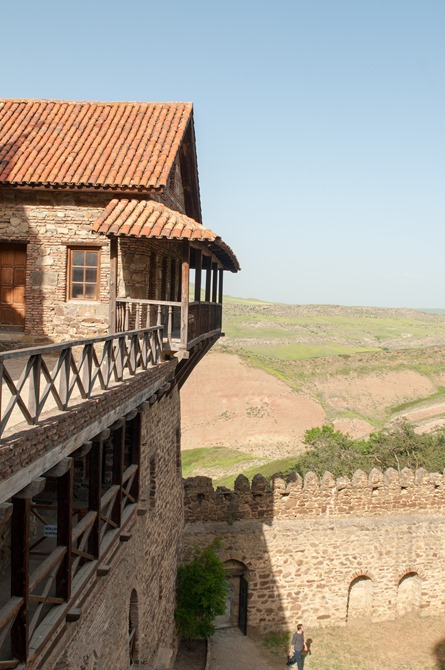 The decline of the Monastery followed in line with the downfall of the monarchy, as well as suffering attacks from Mongols and the Safavids (the former destroying much of the complex and the latter known for destroying many of the works of the monastery).

For much of the history after that the complex remained uninhabited or at least not inhabited for its original intent. It was used for military exercises (and still has an important strategic location on the border with Azerbaijan). In very recent history the monastery has resumed some of its monastic traditions and is both a place of scholarly study as well as tourism.

The Monastery of David Gareja consists of 13 monasteries that are spread out around the complex. 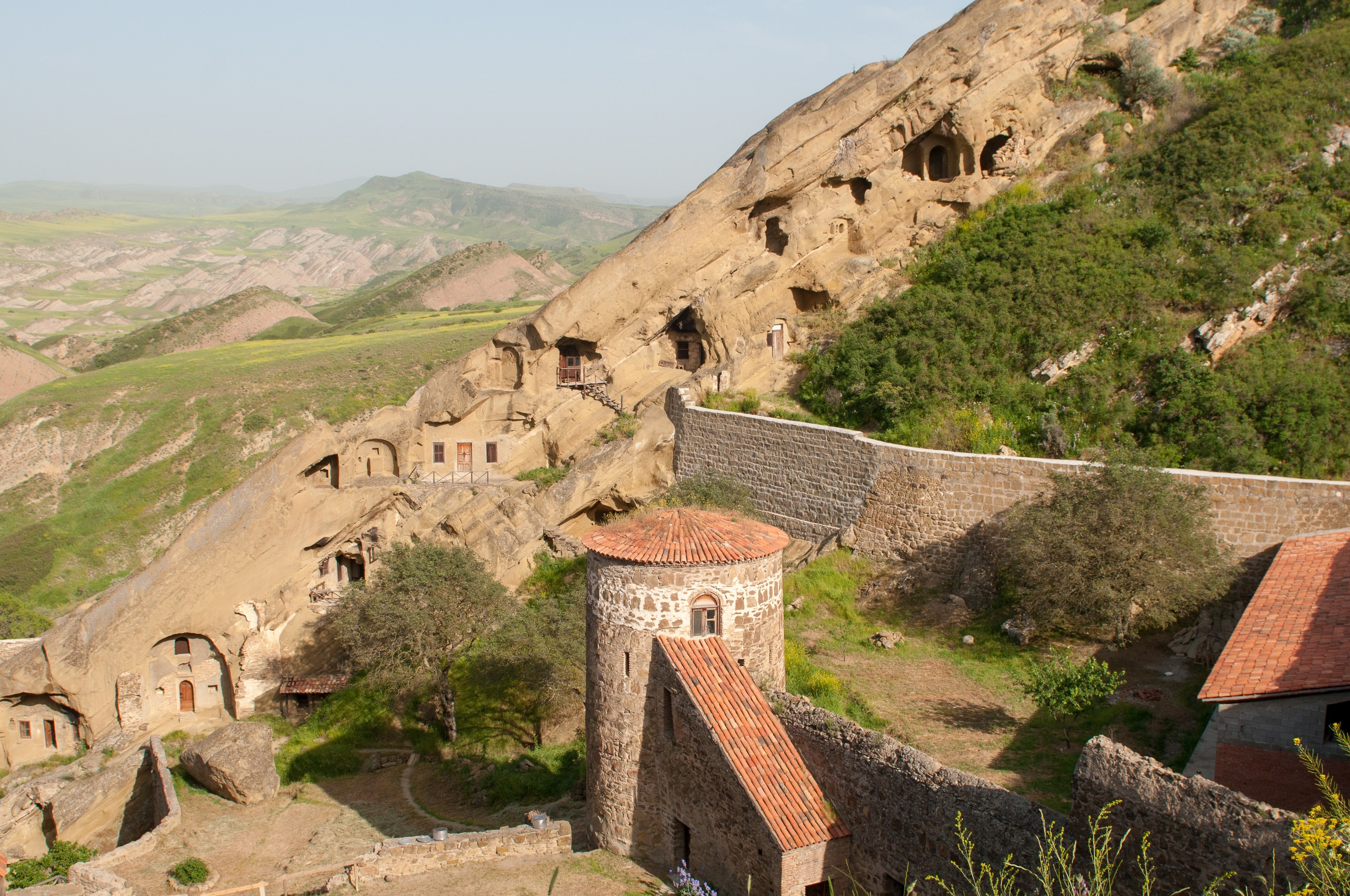 The first part of the complex (Lavra) is still currently inhabited and also houses the church used in the complex. The area houses the living quarters of the monks which is also why much of it is off-limits to visitors.

There is also a main courtyard area that you can visit. We were given a bit of explanation (that mostly consisted it seems of where we couldn’t go) of the area. 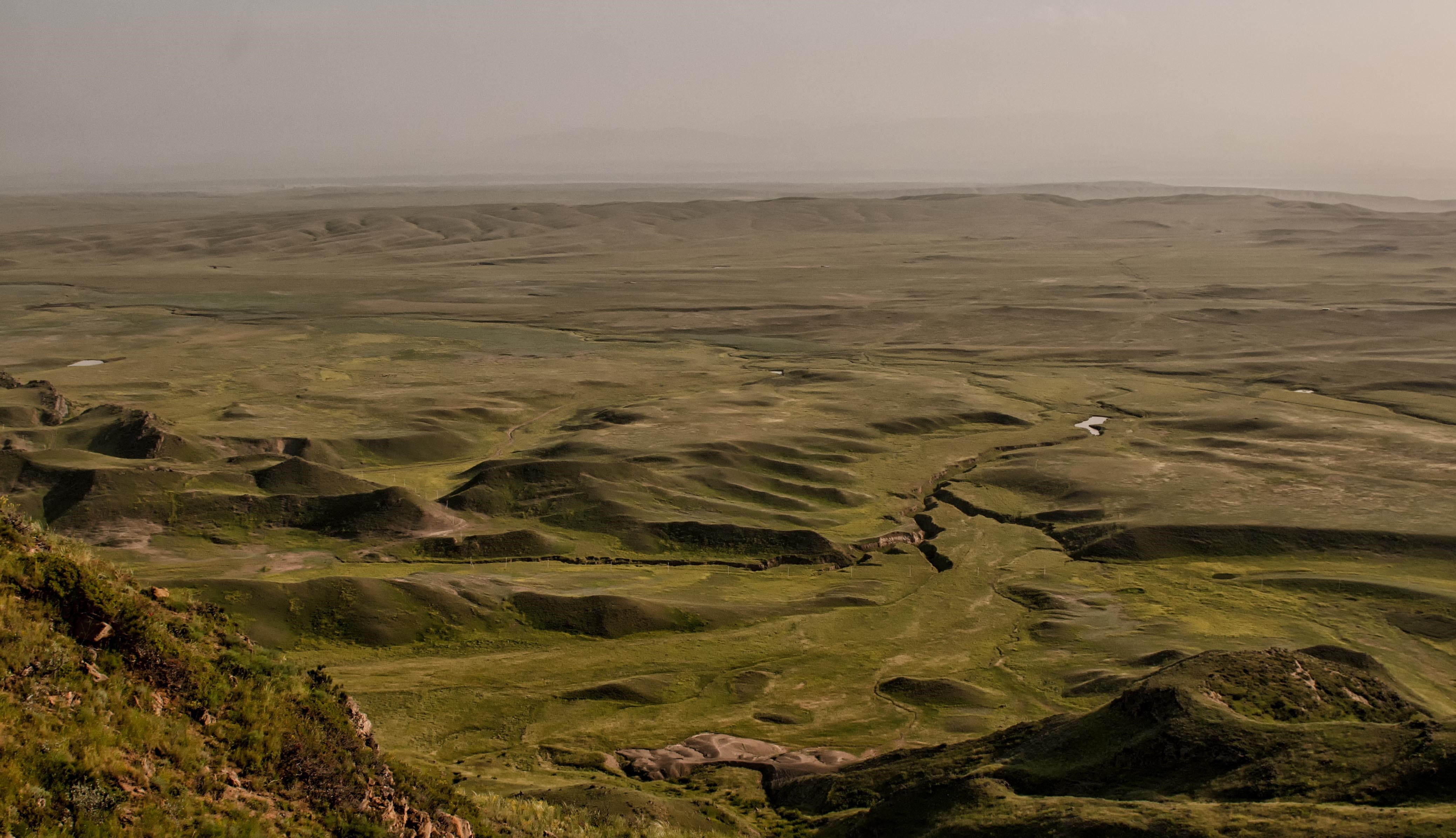 Above the main portion of the monastery additional cave monasteries exist. Some of these with beautiful cave frescos.

The complex itself is rather large, and definitely larger than I expected. There are several caves along many of the different parts of the complex. There are also some buildings outside of the complex that house some administrative looking offices, gift shop, etc. 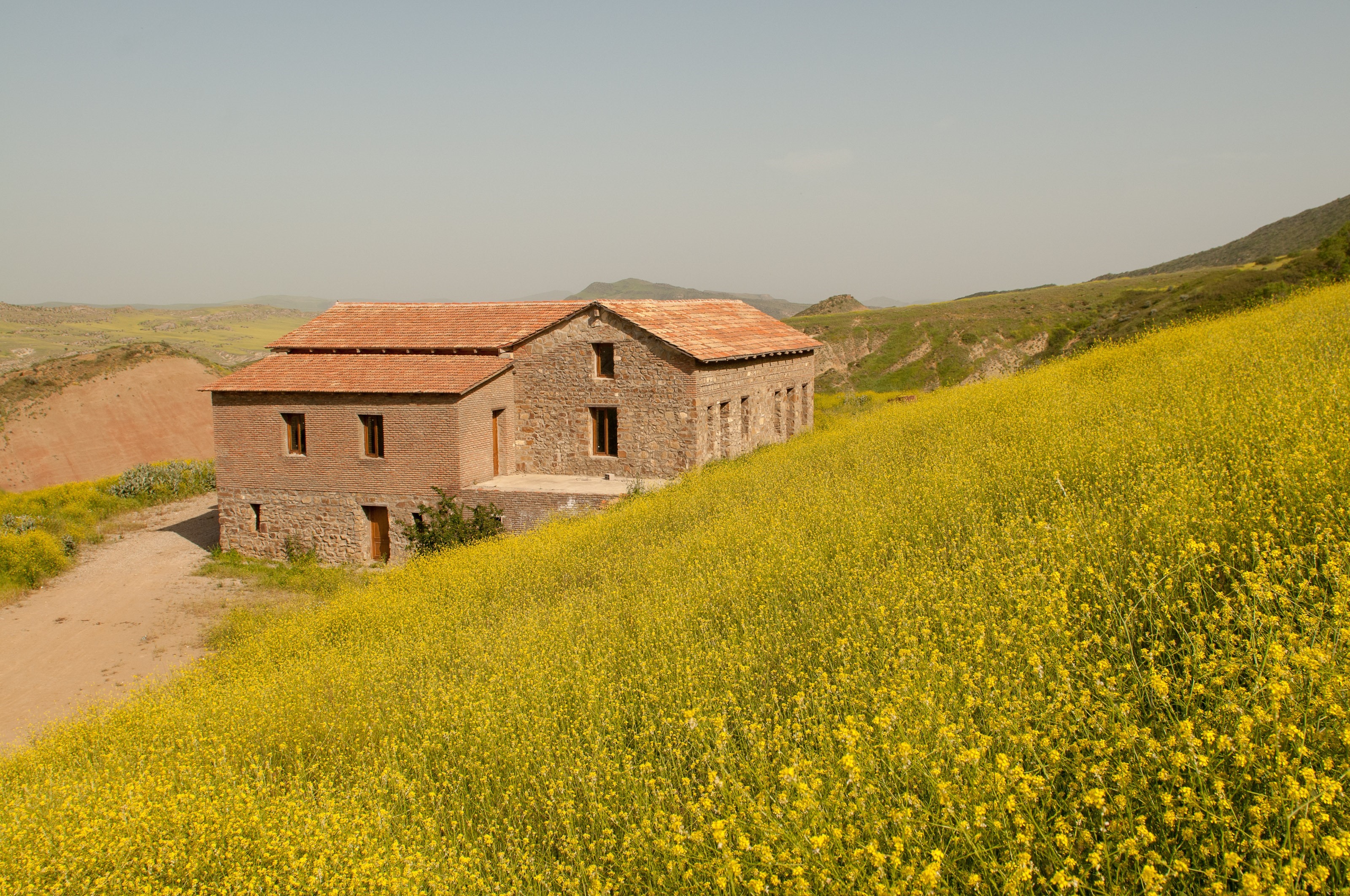 As we learned several of them were used to house monks that do currently live and work in the complex. Therefore a lot of the complex is off-limits (although a lot you can still access as well. 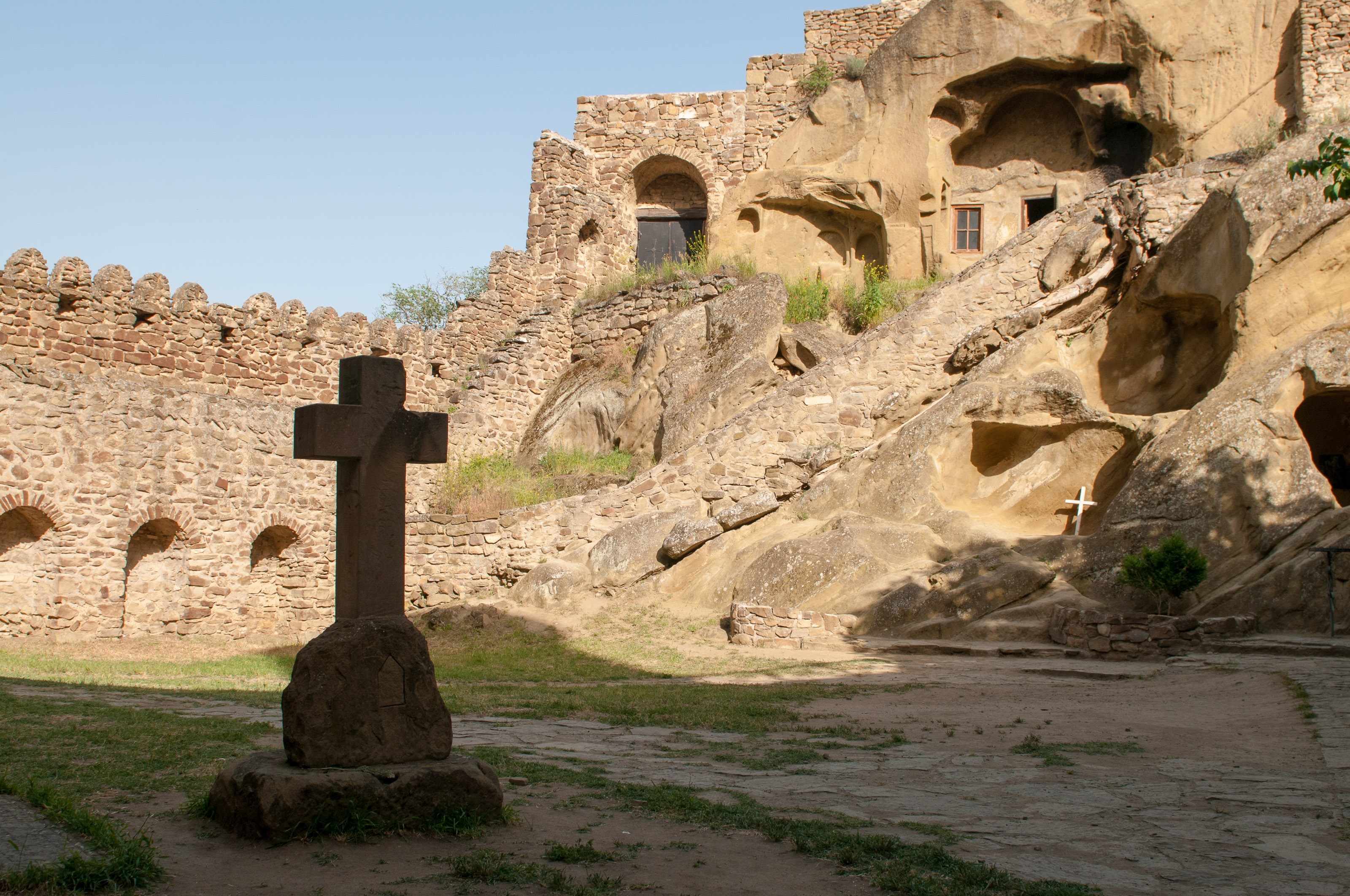 There is more to the complex than just the initial area.

What was not well labeled was that there was a path that lead up behind the complex to more of the area. Thankfully since my friend had been here before she knew there was more to see (I don’t know how you’d know otherwise). 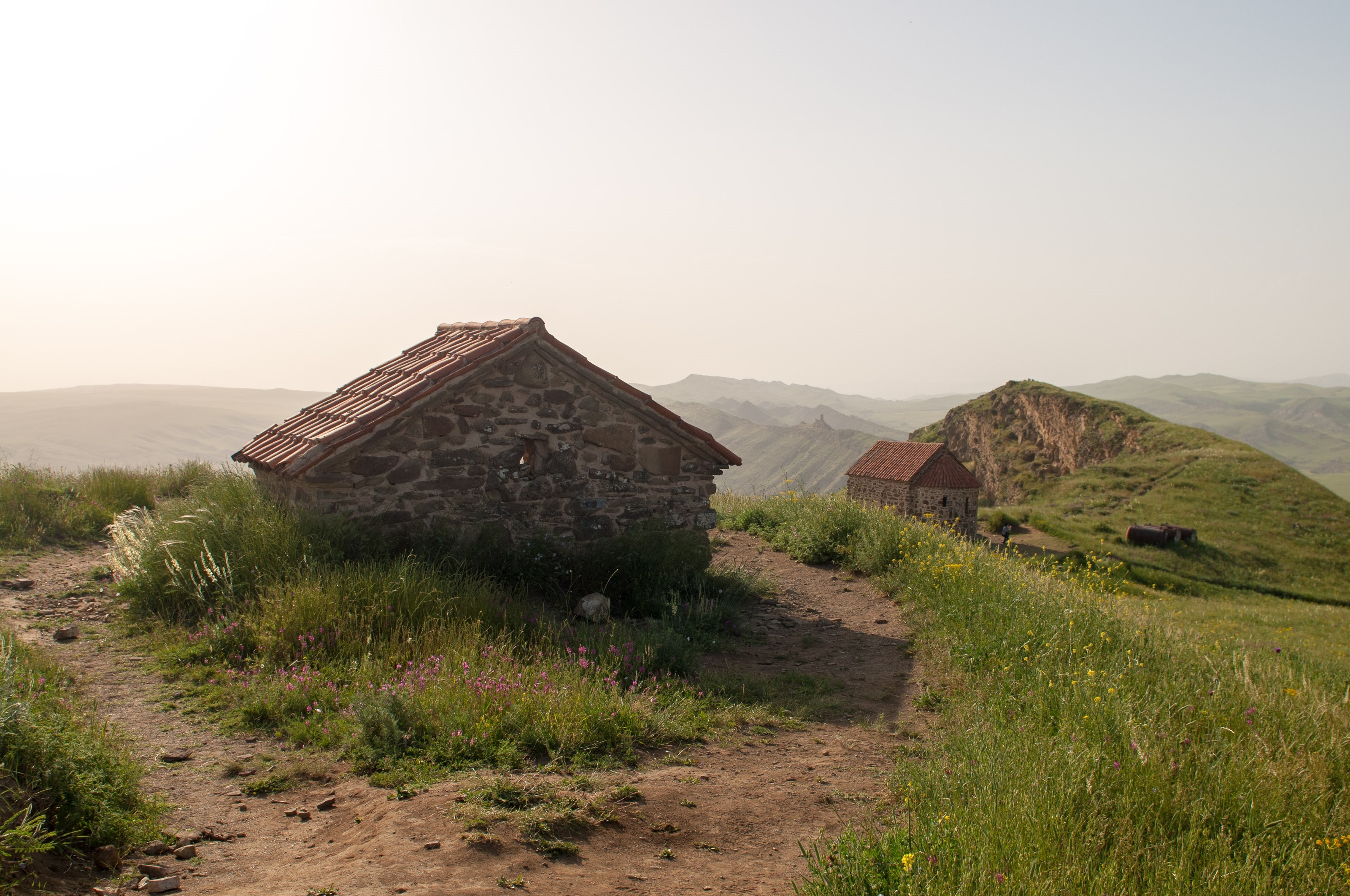 We continued to climb and learned that the complex sits on the Azerbaijan and Georgia border. Occasionally we saw a few people who were definitely military, but overall they didn’t seem concerned that we’d make a break for it into Azeri territory. Some of the complex does sit on areas controlled by Azerbaijan and can occasionally be closed off to visitors (mostly though they let tourists cross, just be cautious and respectful). 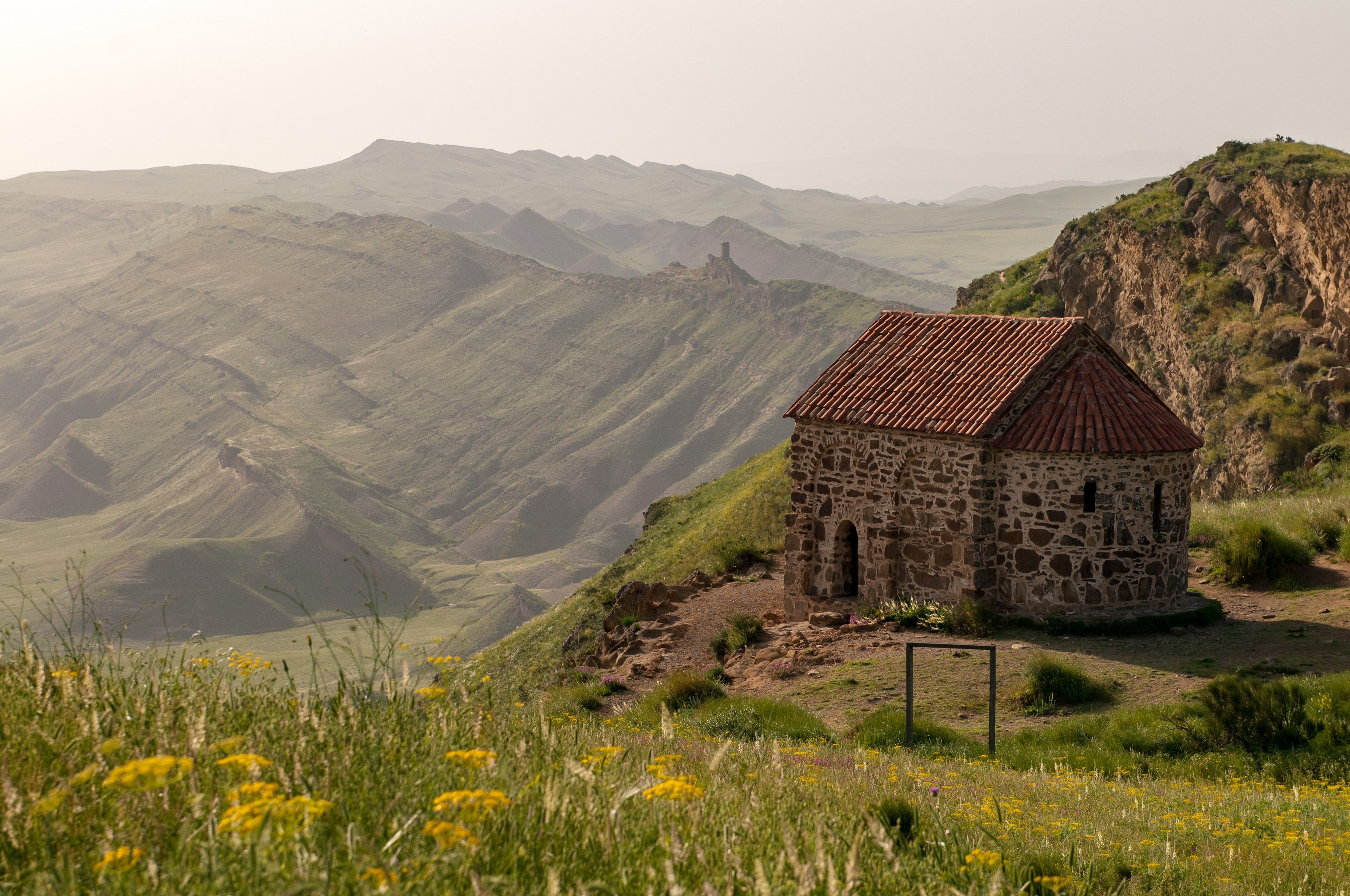 One of my favorite aspects of the area was just the rugged nature and scenery. It is I think important to take some time and just admire the incredible area. 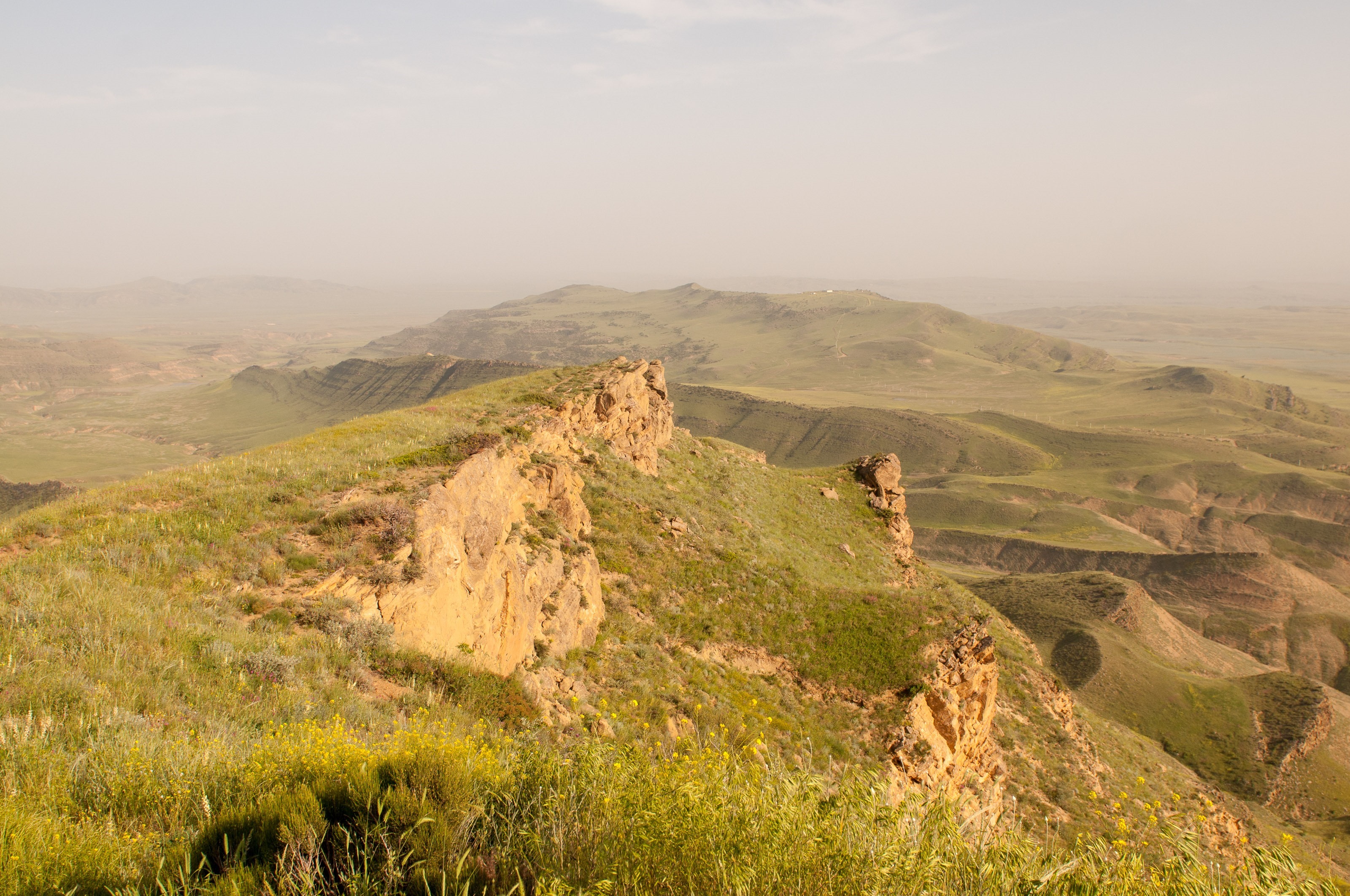 For us some of the other complexes were closed so sadly we didn’t get as many photos inside during this trip than we probably could have during another visit.

As of additional note. There is a lot of walking and a decent amount of it can be considered strenuous. Be sure to bring water with you, good footwear.

From Tbilisi the best way to get to David Gareja is via mini-buses that leave from Liberty Square. They are easy to identify and you’ll definitely find touts and people directing you in the right way. I did have the benefit myself of traveling with a friend who spoke Georgian and had been several times.

You can also hire a taxi to take you to David Gareja (if you are going from somewhere else or they are not running). This will certainly be more expensive. Make sure they also wait for you as well. 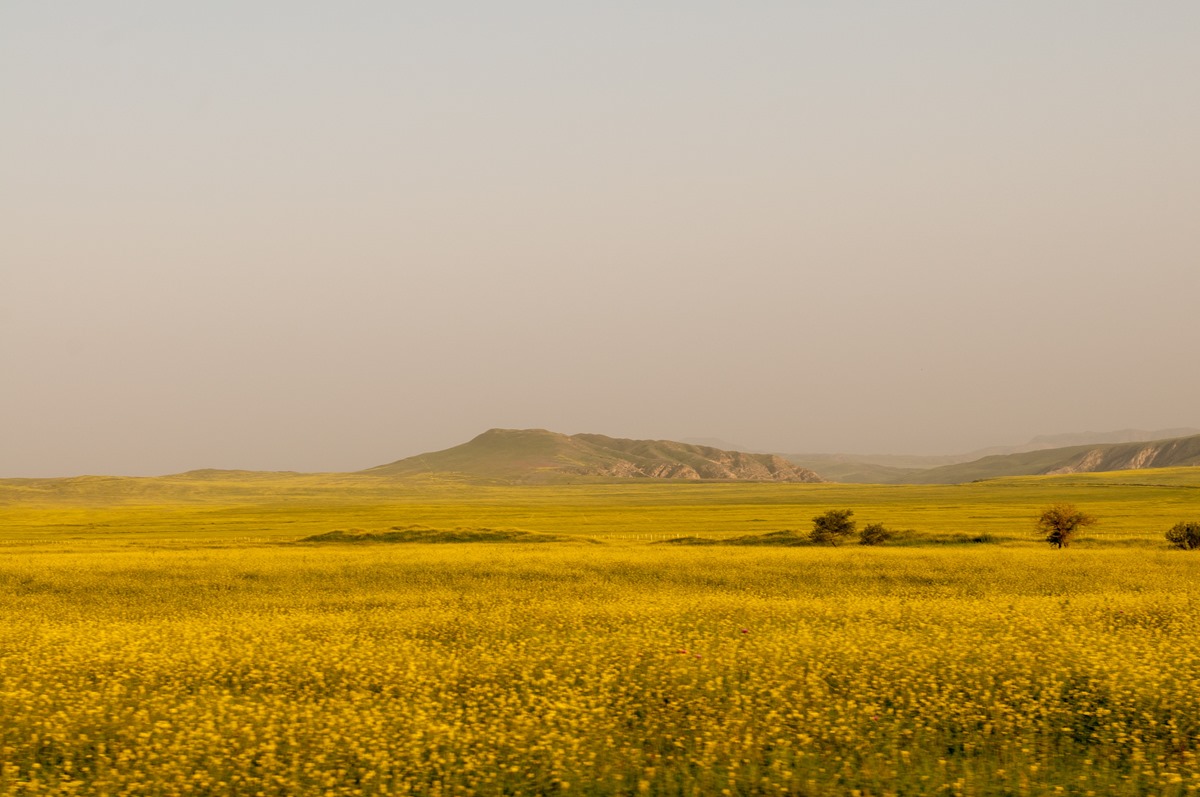 It was just one of those decisions. We were all meeting up in Jabel Webdeh … END_OF_DOCUMENT_TOKEN_TO_BE_REPLACED