We left the hotel after a bit of rest and it had already started to get rather dark outside. First thing we had noticed however was the power was also out in our section of the city. Not sure how large of an issue this was or if this was possibly a regular occurrence in the city. 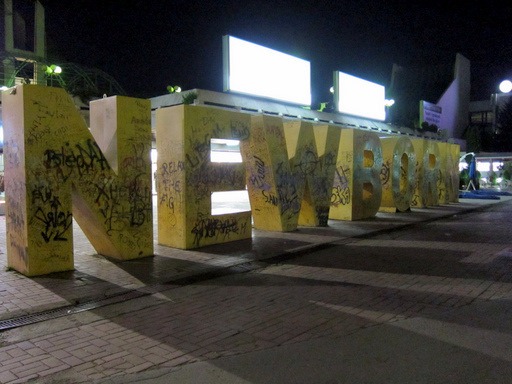 We made our way back to the downtown area for some walking around and some dinner. We seemed to hit many of the same spots we had hit earlier in the day. I’m not sure how much overall there is to see in Pristina and honestly most of it we just wanted to see the city and be there. Neither of us really had any list to check off in this town. We found ourselves back at the newborn statue in the evening. The mall seemed to have already been closed however. It seemed like there was a lot of folks out there at this time of night. We could also see the film festival was starting it seems with the lights on in the area. 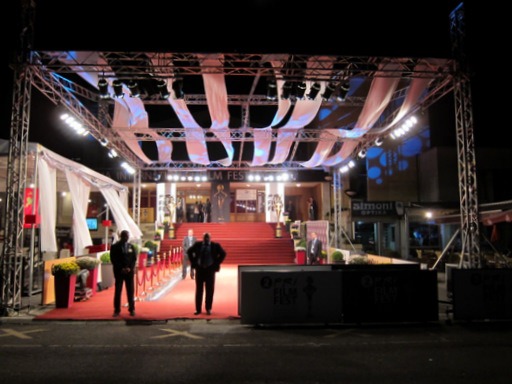 There was a lot of activity in this area, although I’m sure we must have misplaced our invites to the event.  Along the main thoroughfare they had flags from nations around the world overhanging the street. 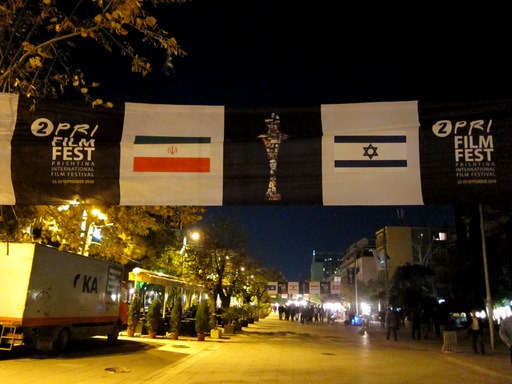 Iran and Israel side by side…

I’m sure these two above were best of friends if they had at all found themselves here.  It was lovely being out there in the evening.  The city in general seemed to be very safe, or at least in this center area of the city.  There was no time during my stay here in Pristina that I felt at all unsafe in where I was walking around. 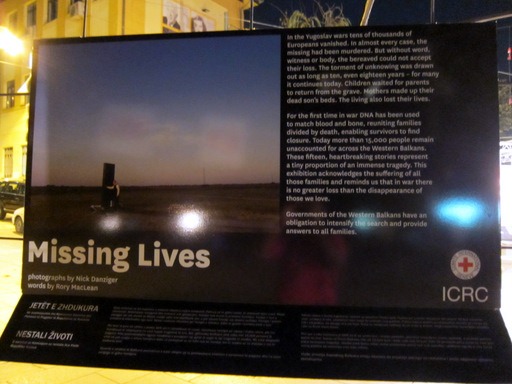 In the center of the street there was an exhibit “Missing Lives” that featured stories on both sides of the conflict of people missing family members and still not knowing what really happened to them.  It was about helping people find out the status of those missing in their lives through DNA tests, etc.  It was just utterly tragic however reading these stories.  Reading about whole families going missing.  It is unimaginable to really think about all these people had gone through.  I cannot put myself in their place as I have never experienced anything that could even begin to comprehend the tragedy in their lives.  I just really hope people can move forward. 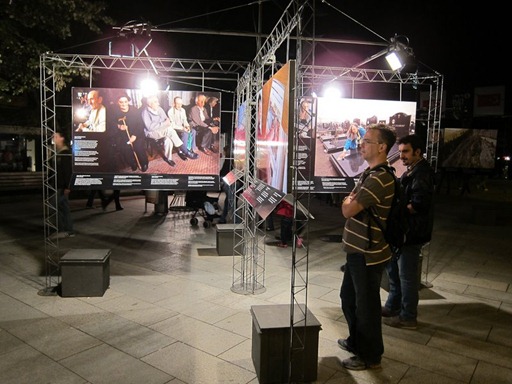 We mostly just wandered aimlessly over ground we had previously walked only hours ago. 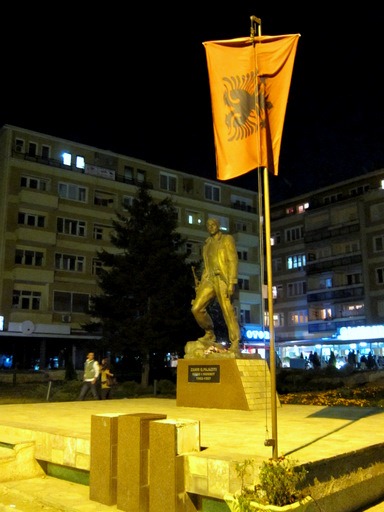 We ended the evening grabbing dinner at an Italian restaurant.  Probably not necessarily the best place to experience food in Kosovo, but it was a good restaurant overall.  I do have to say, they do seem to many different restaurants and cuisines here in Kosovo.  It may not be the most known international destination, but given how many visitors they get from around the world it makes sense to have a large restaurant scene. 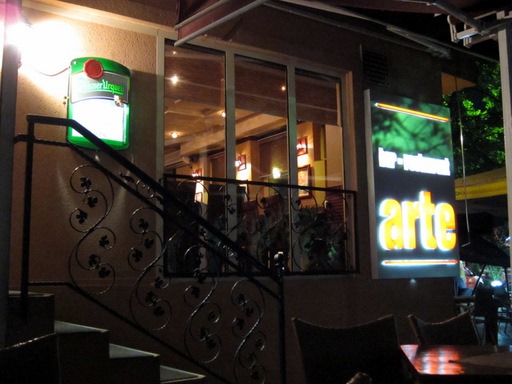 But mostly following this we just ended up wandering about until the evening when it was time to head back and get ready for tomorrow’s trip to Prizen.

The Pearl City, Hyderabad has an incredible assortment of things to do from … END_OF_DOCUMENT_TOKEN_TO_BE_REPLACED

For most people, flying into Salt Lake City is just an exercise in saving … END_OF_DOCUMENT_TOKEN_TO_BE_REPLACED

“Is the gate open today?” “What gate?” “The gate at the border” “What … END_OF_DOCUMENT_TOKEN_TO_BE_REPLACED