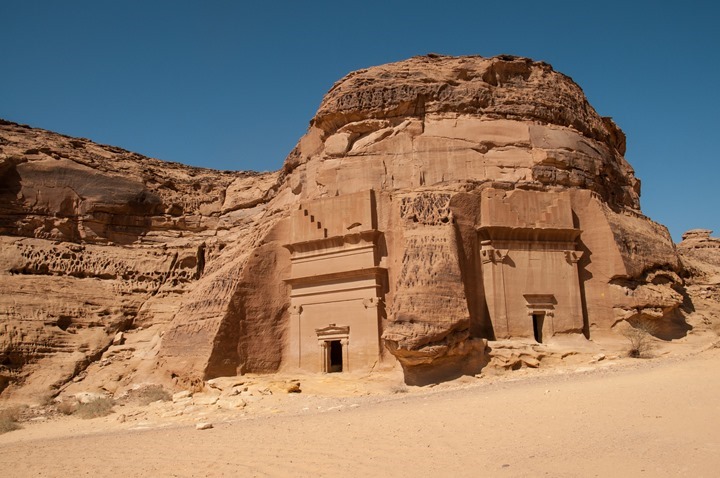 I’ve been wanting to visit Madain Saleh (مدائن صالح) for years. Ever since I heard there was another beautiful Nabataean place outside of Petra. The photos of Mada’in Saleh reminded me a lot of my time in Petra…but without all the tourists and infrastructure. Perhaps Petra before the fame and notoriety of being one of the “New World Wonders”.  And there is no doubt that Petra is a wonder, it is stunningly beautiful, but I wonder if there is a way to see a place such as that before it became famous. For that, you need to travel further afield to the lands of Saudi Arabia. I imagined my chances of visiting here would be close to nil, but when my visa came through I spent lots of time trying to make it a reality.

Getting to Saudi Arabia is its own adventure. For me, I found a way here through a business contract that my company had. One of the few “easy” ways to get access to the country. There are tourist visas but they are mostly for religion and currently, don’t cover places such as this outside of the main religious tourist sites. Actually, it wasn’t that many years ago that the country started to promote visits to these sites (instead of discouraging them) and much of the infrastructure is still being pulled together.

One of the things that strikes you when you get out here is the silence of it all. We passed through the gates for the entrance to the large area and there was just expanse, in all directions. No hawkers, no buses, no touts, just sand and rock in all directions.

The only way you know you are in a separate area is a metal fence that runs along the border in various areas.  Most of the fences, however, are there to protect ongoing archeology digs. Much of the site still remains buried and they are regularly uncovering new parts of the city. At one point they showed us an area that they believe an entire temple is buried. They have only started to uncover it and it was all off limits to us.

As the time progressed we realized we were not alone, however.  A few local families did pop in and out at some of the various stops along the way. 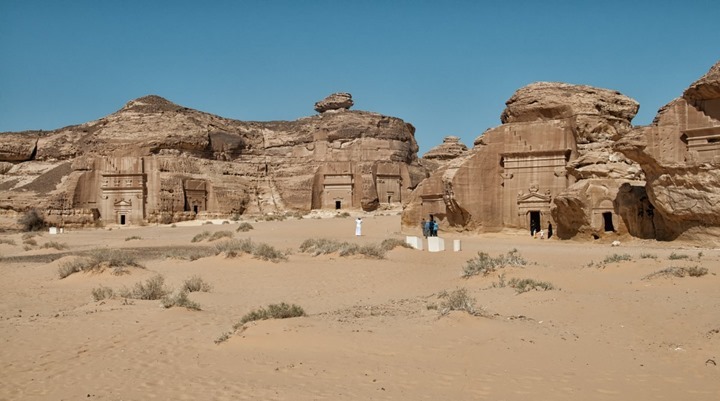 I recall standing here among the tombs and just gazing in awe. I had seen similar ones in Petra but still there was something so amazing about these here. They seemed more virgin and untouched in comparison to the ones in Jordan. The sand slowly ebbing and flowing over the entrances to the various chambers. Our tour guide remarked about recent discoveries, point to tombs with bodies that were recently unearthed. You start to just imagine what else lies beneath the sand under your feet. How many more bygone memorials remain under the sand? 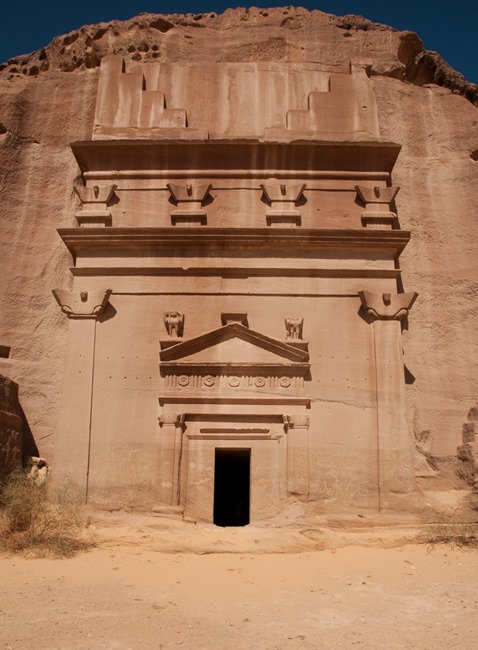 “Listen” one of the members of my tour group said…  “Silence.”

He was right, the only sound you could hear was the sound of us talking there among these ancient structures. Magic would probably be an appropriate word for such an experience. 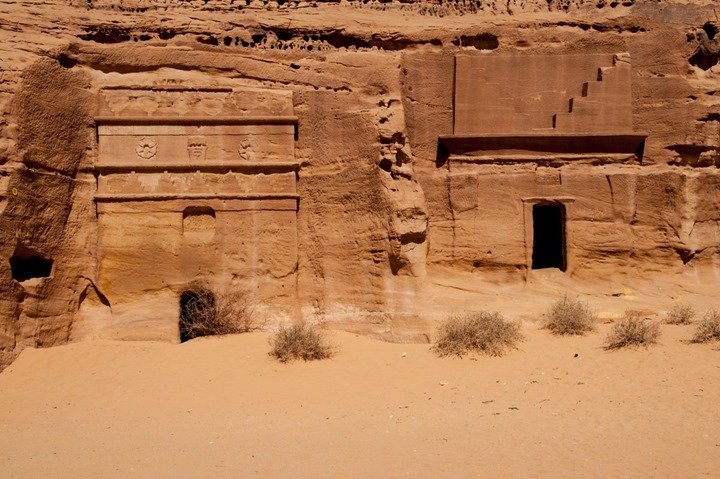 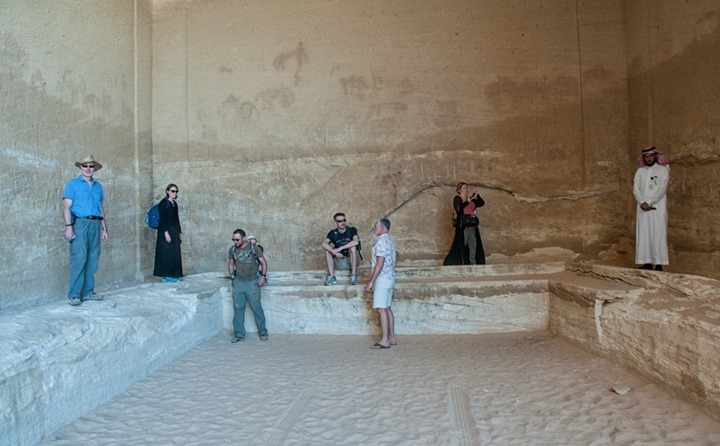 Mada’in Saleh was actually the first UNESCO WHS to be designated in Saudi Arabia and from the history and scenery here it is easy to see why. It actually only became a world Heritage site several years ago in 2008. Before that visiting here was far more of an adventure when the local governments did not really see the value in the site as a huge tourist attraction.  Even today given the difficulty of visiting here the site still gets far fewer tourists than sites of similar antiquity and value. The site contains over 100 intact tombs (with many more still regularly uncovered) and various other monuments and rock artwork. There are also pre-Nabataean inscriptions and historical sites here and in the great Al-Ula region. I really came here for Mada’in Saleh but was impressed and the quality and preservation of the various sites in this area. 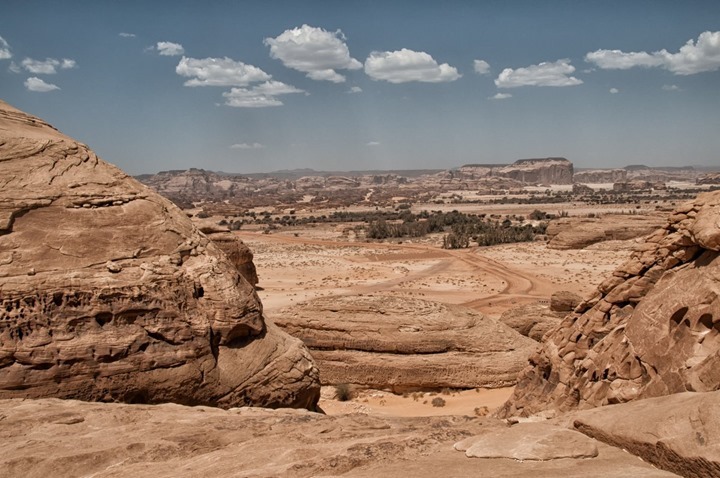 Various areas of the place were large and required lots of climbing. And since we were so easily alone here, several members of our group shed some of the extra clothing that is a mainstay of Saudi culture but was a bit of a hindrance climbing and wandering under the hot desert sun. Thanks to our amazing guide Ahmed we were able to get a lot of the history and culture of the area. Several of the areas were designated as temples for religious practices and without a discerning eye, you would have a hard time realizing where you were going. Also, the distances were far and the roads not well marked so you needed a good guide to bring you to the various attractions. 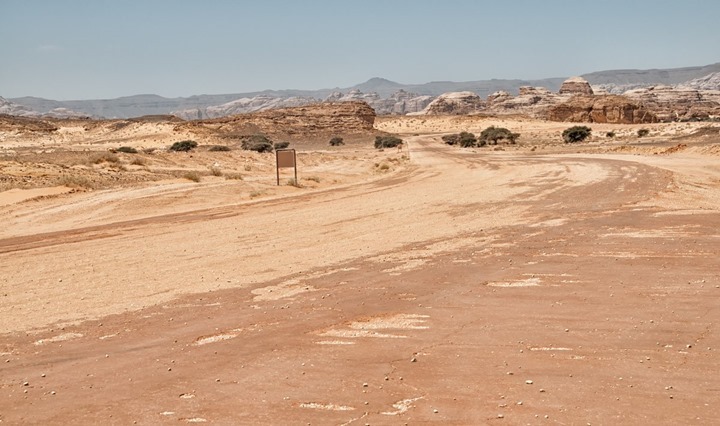 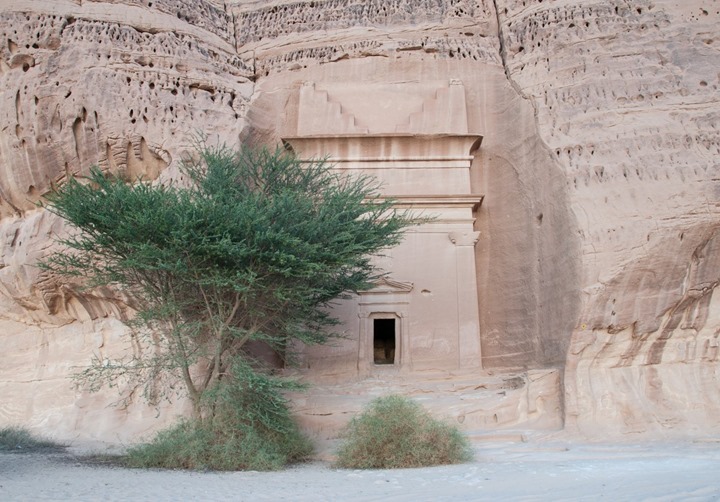 The day ended back in Mada’in Saleh with a last visit to the biggest and most photographed of the tombs Al-Fareed (The Unique one).  It certainly lived up to its name and its fame there. Our small group were the only ones in the vicinity of this tomb at this time of day so we had it all to ourselves as the sun began to descend beyond the horizon. 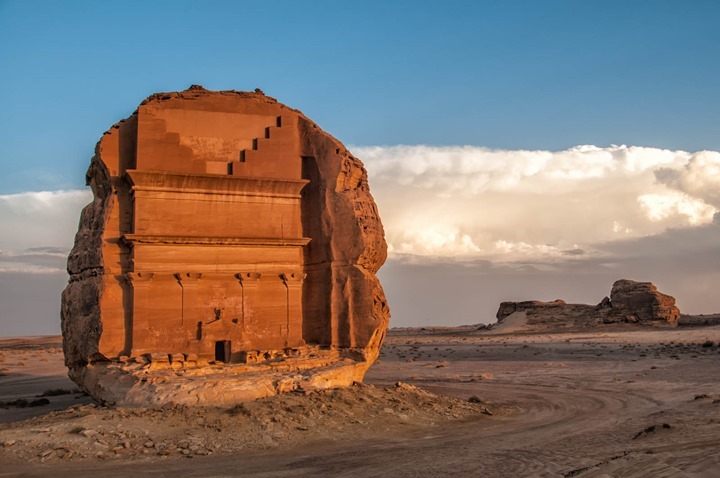 Mada’in Saleh is located about 3 hrs north of Medinah near the town of Al-Ula. There is a regional airport in Al-Ula as well if you can find good flights into and out of that airport. Flights can be a bit more expensive flying directly into Al-Ula.

I would recommend a guide and a tour company for doing Mada’in Saleh. The original company I booked through ended up canceling the trip on me. However, thankfully I was able to book a last minute trip with Haya Tour which worked out fairly well.

If you are doing it solo you may need to get a permit from the tourism office in Riyadh. I’ve heard though you can bypass this these days if you are already in Al-Ula but who wants to take the risk. Hotels in Al-Ula are limited. The Arac Hotel in Al-Ula was fairly nice and comfortable but the rooms were a bit tired and needed some more upkeep. 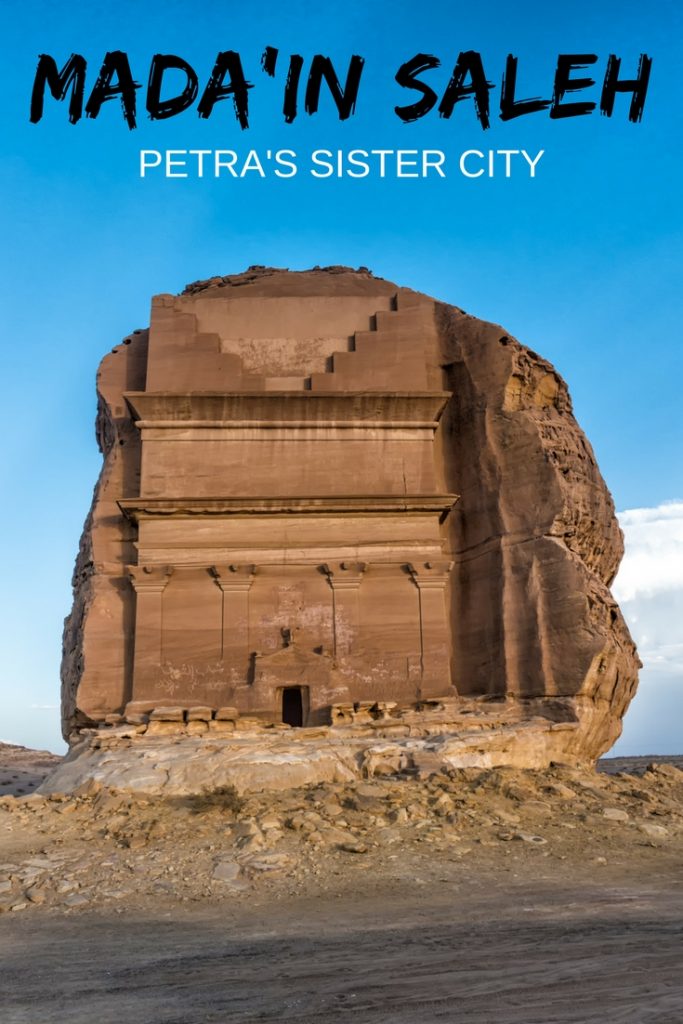 There are various ways to rent a car when you are traveling in Jordan. … END_OF_DOCUMENT_TOKEN_TO_BE_REPLACED

El Paso is such a cool and interesting city. However, if you are in the … END_OF_DOCUMENT_TOKEN_TO_BE_REPLACED