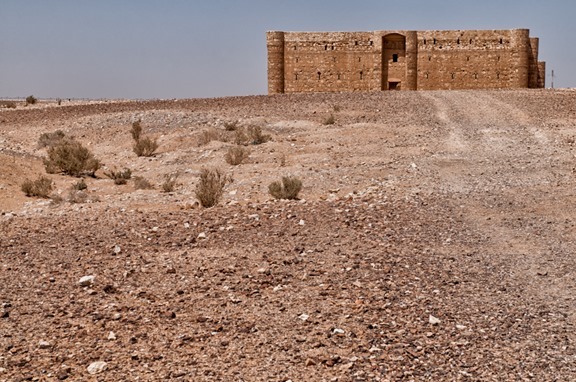 In Arabic the word “Qasr” means palace.  These were possibly palaces, although some were mere fortresses, and most were simply lodges and houses, which I guess could be seen as a palace.  There were two famous examples on the outskirts of Azraq that see the most tourists (mostly from tour buses from the capital) and we opted to visit these before heading back to Amman.  The first was Qasr Amra, a UNESCO world heritage site and the other was Qasr Harrana. 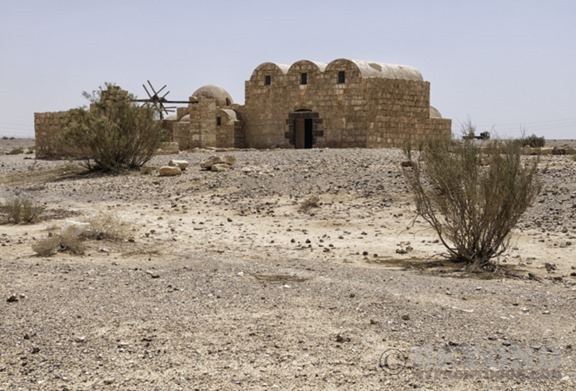 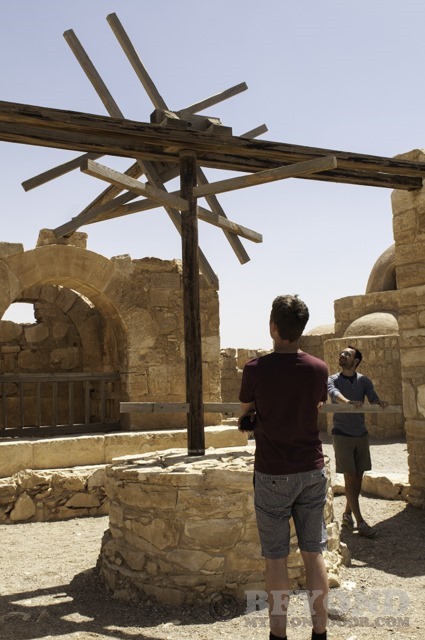 The castle is less of a castle feel than the others.  It is smaller and less defensible than something that would appear to be a castle.  From the info provided it actually was more of a hunting lodge on the edge of a large complex.  The map shows a lot of buildings and a garden, and a far off pile of blocks lends credence to many other buildings and structures on this complex. 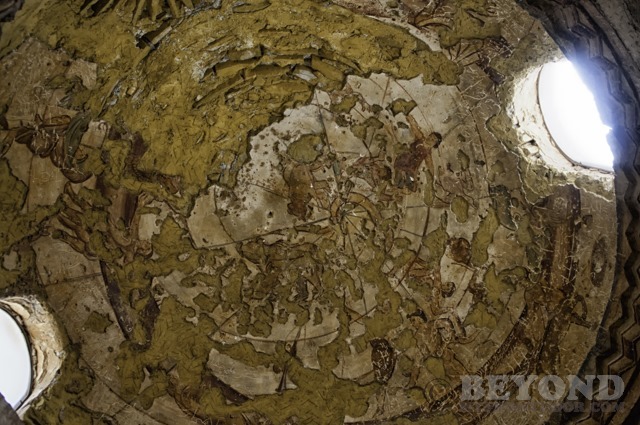 The first thing you notice is the stunning designs on the walls and ceilings of this Qasr.  These frescos have survived and are slowly being restored along its interior.  They are fascinating, some of them showcasing various different scenes, animals, and people.  There are even oddly a few naked women, probably not the expected scene inside an old Islamic fortress. 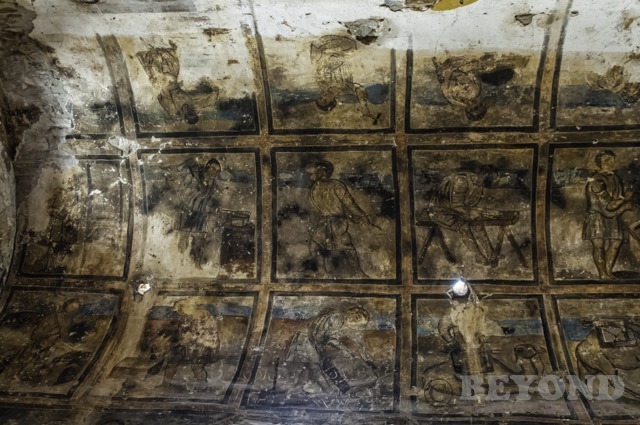 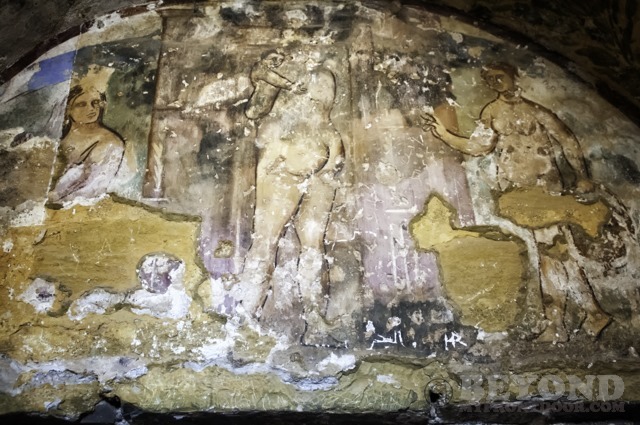 I imagine this was probably the “old boy’s club” hang out while heading out to the desert to get away from the busy city business.  They likely came out here, enjoyed each other’s company, laughed, joked, and went hunting for whatever game could be found in the surrounding desert and wetlands.  It is one of the best surviving Umayyad buildings in this region and these frescoes are unique compared to what I’ve seen from buildings from this time period (generally mosques).  These are clearly why this site has been saved as a World Heritage site given its unique quality among the other relics in this region and from this dynasty.

We approached the imposing fortress from the front.  It was built on a small little incline and it seemed to stand guard against the desert in the background (Just ignore the transformer station in the background for effect).  It did appear as if we were storming this impenetrable fortress in a foolish attempt to lay siege to this nearly desolate region. 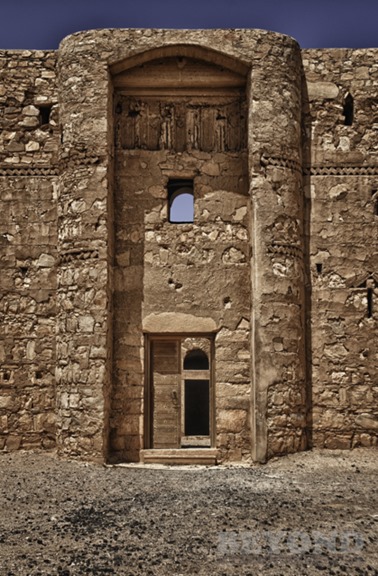 However lucky for us it is the 21st century, and our ill equipped band of travellers have naught a tool among us for such an endeavor.  And lucky for Qasr Harrana as well since as we get closer and get the chance to explore more of it, we realize it was not really a impenetrable fortress at all.

The corners of the fort are solid, and the arrow slits simply for show.  Phew, I know we all felt a bit realized perhaps at our fortune.  But then again, what is this place?

Why is it here? 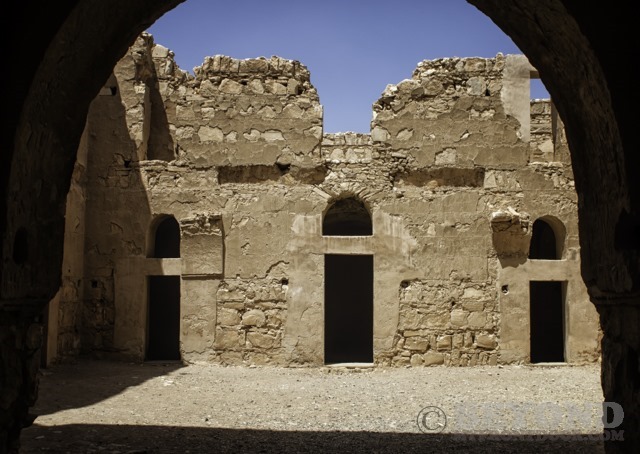 Inside the fort we were all alone, surprising for such an amazing tourist site during the high season of tourism.  But advantageous surely as well.  Looking around we realized this place did not fit the design of a standard castle and was probably not a castle at all.  The information we garnered from visiting here was that it was likely like a Caravanserai which is a place where travelers would stop for the night on long caravan journeys.  However no is exactly quite sure.  The old rooms were interesting to just get lost in across the different floors of the building. 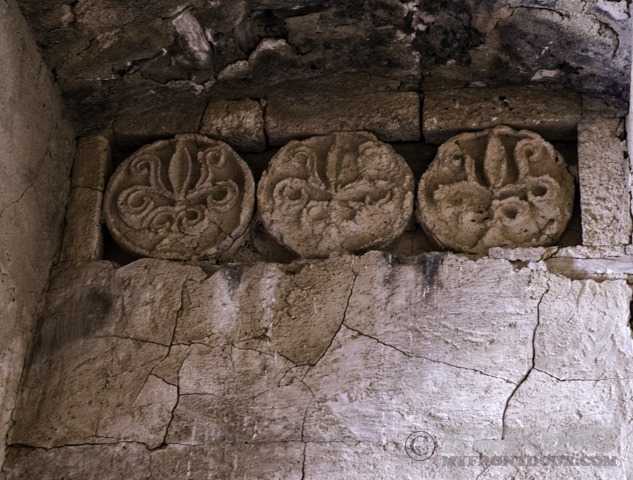 We ended up all just splitting up and finding ourselves popping out of different rooms and wondering how someone got there in fact! 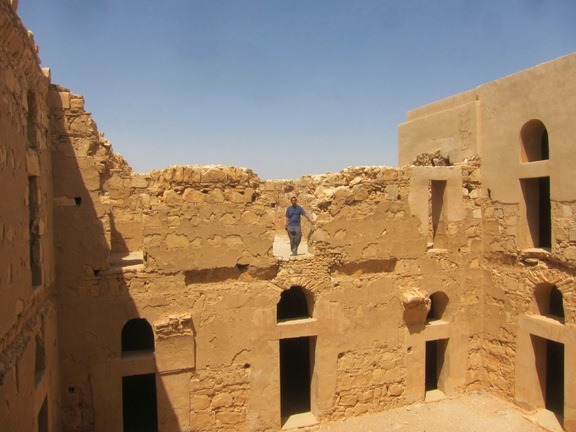 You do tend to wonder though, how this place must have been back in its usage days.  The area around here is so desolate, you wonder if the Azraq wetlands perhaps provided the water for those thirsty travelers who happened upon this place.  Did its imposing walls simultaneously welcome weary caravanner while frightening away bandits? I imagine sitting here within the courtyard, swapping stories with other trail-worn traders about the various cultures, lands, and people rising and falling like the shifting sands of the remorseless desert. We’d sit around, tell stories of magic and intrigue, and constantly worry and wonder and dream of what is truth and fiction from the lips of the soothsayers.  And we’d pray to god that the morning we’d wake and continue on our endless treks ferrying news and goods between the never satiated cities along our routes. 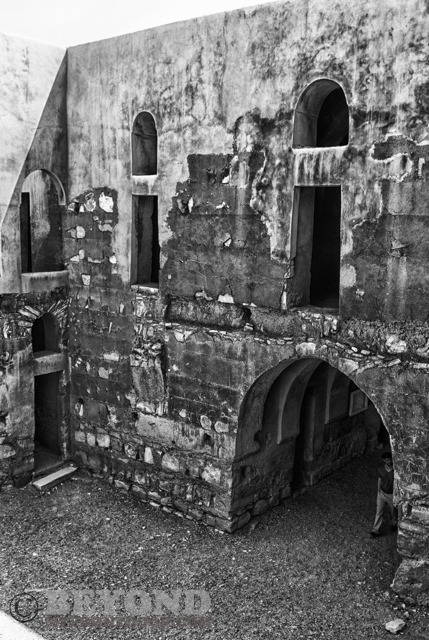 But we are in the 21st century and those days are long past at least in this part of the world.  And while it does nothing to detract from the magnitude of this place, it certainly makes me a bit sad to think its purpose remains simply as a remnant of world long past. The dusty walls and rooms no longer a harbor from the harsh sea of sand and wind but instead just echoes the endless chatter of tourists such as my friends and I.

Sadly the hours of our adventure were quickly expiring, mostly due to class schedules and rental car return policies.  We all piled back into the car and quickly looked to see if there was anything we could map out for a visit on our drive back to the capital, but nothing seemed easy, and we were generally tired and worn.  We opted instead to bid farewell to the eastern desert region, the places that harked to a time centuries long past and return to the noise, mess, and lights of the modern metropolis of Amman.

These are the easiest to reach of the Desert Castles and are also the most popular.  There are many tours that do have trips to these castles (given the number of buses we saw at Qasr Amra) and you can easily reach these from Azraq by taxi as well.  They are along route 40 outside of Azraq in the direction of Amman.  There are several signs if you are driving.

There didn’t seem to be a cost for entering Qasr Harrana, and Qasr Amra was about 1JD although there was no one working there when we visited.

Sadly the hours of our adventure were quickly expiring, mostly due to class schedules and rental car return policies.  We all piled back into the car and quickly looked to see if there was anything we could map out for a visit on our drive back to the capital, but nothing seemed easy, and we were generally tired and worn.  We opted instead to bid farewell to the eastern desert region, the places that harked to a time centuries long past and return to the noise, mess, and lights of the modern metropolis of Amman.

Be sure to check out the other Eastern Desert posts including, Eastern Desert Part 1, Part 2, The abandoned city, and The Oasis.  This is a beautiful and often overlooked part of Jordan that definitely is worth visiting and exploring.

The War of the Pig: The Pig Incident June 15, 1859. American Farmer … END_OF_DOCUMENT_TOKEN_TO_BE_REPLACED

Called the "Niagara of the West", Shoshone Falls Idaho at 212 feet tall and … END_OF_DOCUMENT_TOKEN_TO_BE_REPLACED