NYC is expensive and as someone who lives there I know that trying to find ways to save money is paramount. And while I love to live it up in the city like anyone else I want to find the cheapest ways to save money. Broadway is expensive but I always try to find discounted tickets or other deals for Broadway. But don’t worry, I’m here to help you with my research on how to save a lot on Broadway. Be sure to check out the tips for various ones as well.

Broadway Shows change regularly. I do my best to keep this current. So if you see a link that doesn’t work or is closed. Please do let me know! (Updated Nov. 2022) 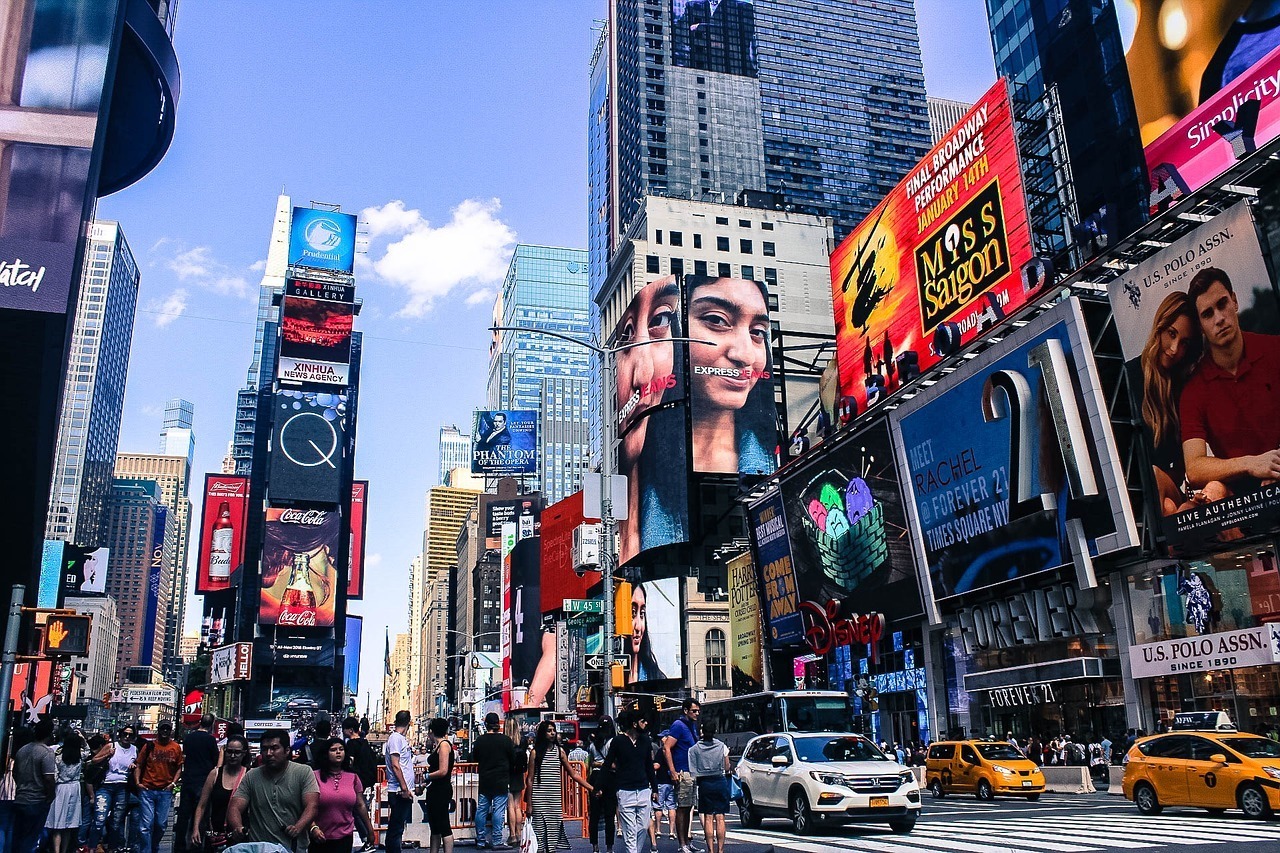 Midweek is generally the best time to score the cheapest and best seats. I often have great luck on Wednesdays especially given that people are either working or its a bit further from a long weekend trip into the city. Weekday matinee shows often also have better availability as well.

Also sometimes holidays (such as Halloween) can be easier to score tickets during since many people are out of town or engaged in other activities that night instead of going to the theater.

How Many Broadway Theaters are there?

There are currently 41 Theaters on Broadway. Although only two of those theaters are actually located “On Broadway Avenue” with the rest in the Theater District generally in the West 40s and 50s. With one located on 65th Street.

The currently Active Broadway Theaters are:

What is the difference between on-Broadway and off-Broadway?

The difference between Broadway and Off-Broadway is not only about it’s location. All of the Broadway Theaters are located in the Theater District. All but one are in the West 40’s and 50’s and only two are actually on Broadway Avenue. There are even some off-Broadway theaters that are in the same location though. So beyond, just location, it also has to do with capacity. For those in the theater district, to be considered a “Broadway Theater” it must have a capacity of greater than 500 seats. The smallest Broadway Theater, Hayes Theater, has a capacity of 597 seats.

TDF (Theater Development Fund) runs the various TKTS booths around the city that offer day off discount tickets. You can get tickets here for 50% off or more even. You can sometimes buy tickets for the next day as well for a few of the shows. You’ll see the various booths with huge lines of both locals and visitors waiting to buy tickets.

Tip: The Times Square location is by far the busiest. When it reopens, I would recommend going to the Lincoln Center Location. Sadly it looks like the South Street Seaport location may be permanently closed.

A few times a year, NYCGo works along with various shows to offer 2 for 1 Broadway tickets. These get announced about a weeks before the actual Broadway Week takes place. Generally only a handful of shows participate but you can often find a few shows that are highly sought after to save a lot here.

Tip: Be sure to buy early, the discount tickets sell out very fast, particularly for weekends.

Many of Broadway shows offer day-off rush tickets from the box office. This requires you to be present at the theater at a prescribed time to buy them at the box office. Most limit you to 2 tickets that you can purchase. So if you need more you’ll need to line up with a friend or two. These can sell out fast and only as available for that day (they try to sell them regular first)

There is also “online rush” that some shows allow either through their site or another website (such as TodayTix).

Tip: For the most popular shows, (i.e. Come from Away) you need to arrive very early.

Tickets include additional fees when available.

Many of the most popular shows also offer a lottery for their tickets, where if you are lucky you can score cheap tickets to some amazing shows (like $10 tickets to Hamilton)

Tip: You need to enter regularly, especially for shows like Hamilton. You can download apps for some of them for this. Some require you to log in via social media. I also bookmark a lot of the lottery sites to save time in entering.

If you are really up for a show and are willing to stand for the performance, several shows offer standing room only tickets so you can stand in the back and still get to watch the performances. Worth it only if you really can handle standing the whole time and if your time in the city is limited (or your budget very limited). I found these tickets while more plentiful than rush tickets are really not much cheaper.

Shows with Standing Room Only

You can get really good deals these days online as well and save yourself the hassle of having to wait in life at the various booths to try to save. My favorite TodayTix has great deals on a lot of the various shows. Sometimes I’ve found the deals cheaper than you can buy at the TKTS booths! You can buy tickets ahead of time for the various shows. Also TodayTix offers “online rush” for several of the shows where you can buy day of rush tickets for some popular on and off Broadway shows.

How does it work?

Tip: For the most part, many of the deals you can get on TodayTix are the same you could find yourself (through various deals, coupons, box-office specials) if you want to save on the service charges. Or if you want more choice on where you sit.

Various shows and theaters have a slew of discount codes and other promotions. However finding these can be a bit tricky sometimes. One of my favorite sites BroadwayBox has a huge list of these discounts and how to get them. Often this requires you to go to the theater and provide a printout or the code or something else to get this discount.

Tip: These discounts are one of the ways that TodayTix is able to get tickets at the prices they advertise. If you have the time and the patience to do the legwork you can save on the booking fees and service charges. And get to pick your seats

Sadly many of the most popular shows (such as Hamilton) are only really available on the resale market (TicketMaster, Stubhub). Personally I have had better luck on Stubhub for prices and choice (although I check several). If you are adamant on seeing a particular show on a particular day, this might be your only option for some shows.

Tip: If you are flexible you may have luck scoring good tickets to a show shortly before curtain time. I have also had great luck on days with inclement weather or otherwise that are difficult to get into the city.

Note: Some venues require you to have printed out / physical tickets, so be sure you look at what the ticket policy is before buying if you cant print out or otherwise secure the tickets.

I try to do my best to keep this is accurate as possible (It is a one person blog), so if you see something wrong or if you see something I missed (or want more info on) do let me know! I continuously try to update this as much as regularly as possible. Let me know what you do with all your saved money, maybe see another show? Or Splurge on dinner or drinks in the theater district?

For Most people, the Precipice Trail Hike is one of the most sought after … END_OF_DOCUMENT_TOKEN_TO_BE_REPLACED