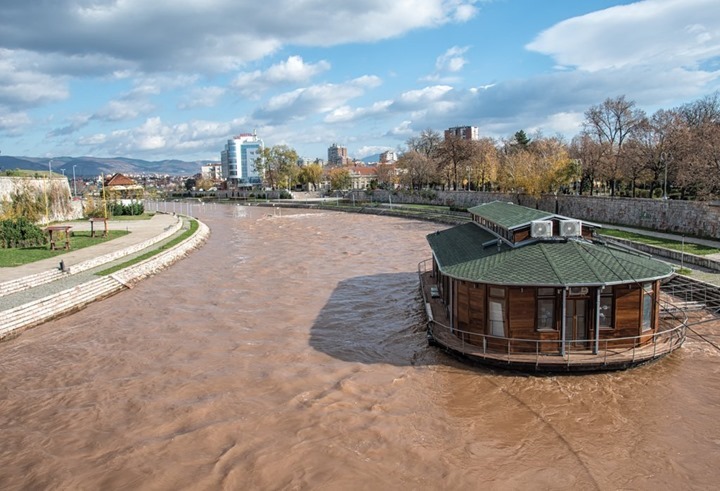 Even though Nis is the third largest city in Serbia, it is one of the more overlooked ones to visit. People often find themselves in Belgrade and Novi Sad and some of the other surround areas and don’t venture far enough to visit this beautiful city.

My friend had been living in Belgrade for a while now and had yet to see Nis herself. So we made the plan to venture there together for a few days.

Nis is a lovely city in itself and also known historically as the birthplace of Constantine the Great, the Roman emperor who converted Rome to Christianity and the founder of the great city of Constantinople (present day Istanbul). He’s kind of a big deal. 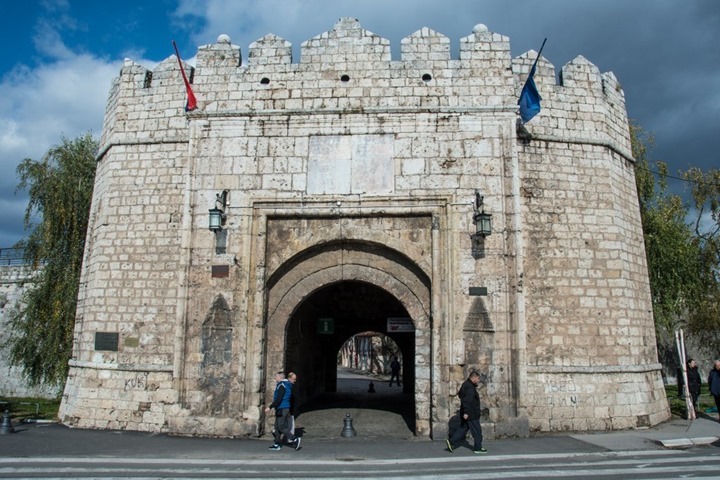 Above is the gate to the lovely park and fortress that is the Nis Fortress. Much of the fortress these days is mostly a park, cafes, and scattered buildings to mark historical locations. There is also a few ruins and buildings including a mosque and a few small palace blocks. The fortress itself was built in the 18th century by the Ottoman forces who occupied the city. The fort also has an incredibly well preserved gateway as you can see in the above photograph. Most of the folks you see here are locals going on walks or playing with children so it is a nice place to relax for a few hours if the weather is pleasant. There is no admission charge to the fortress or grounds although many of the historical sites are not accessible (such as the mosque) for visitors to enter. 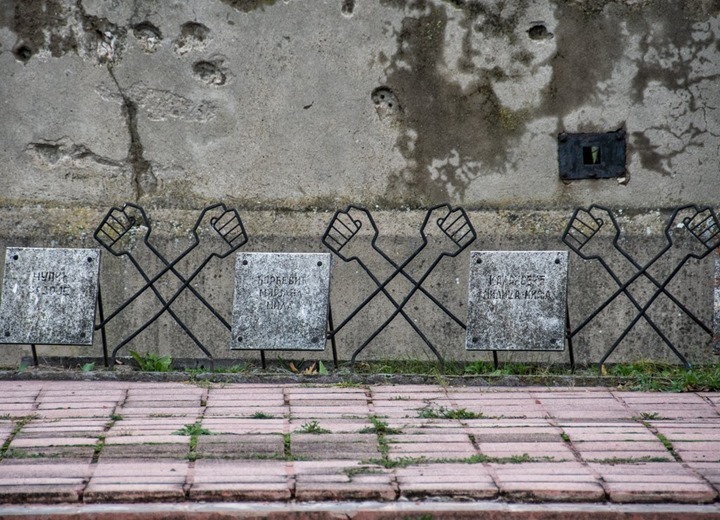 I find it strange that it’s named Red Cross as I visited with a person from the International Red Cross. It is rather somber to see this small concentration camp not far from the center of town. “Dark Tourism” is always a controversial subject, but I think places like this are important to see. Even with these types of history, people do tend to “forget” and we end up committing the same acts only to once again say “never again”. The camp itself is rather small and was not on the scale as other Nazi concentration camps. Many executions took place at the Bubanj forest of which there is a memorial for the executions. There is a famous escape from the camp that is documented throughout displays at the site. 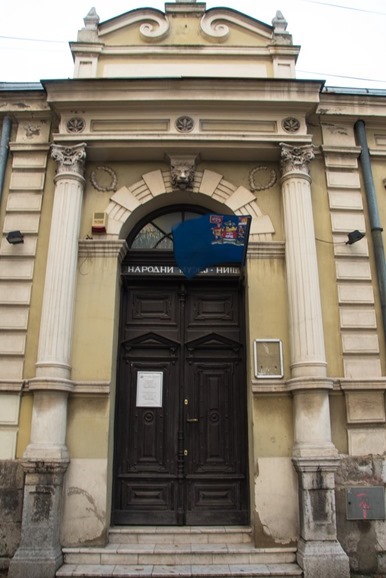 Worth a visit, but more so because it is included in the ticket price for the various other sites. The Museum is interesting and has some wonderful pieces that from archeological digs around Nis. Many of these may be of interest to those more understanding of the history of the region and the Roman and other various society influence on the region. They have several beautiful pieces and it is worth a quick wander to see all the different busts, tools, coins, and statues. Also the nearby pedestrian area is a great place to go for food, drinks, and people watching. Photography is prohibited in the museum, so the above photo is of the building itself. 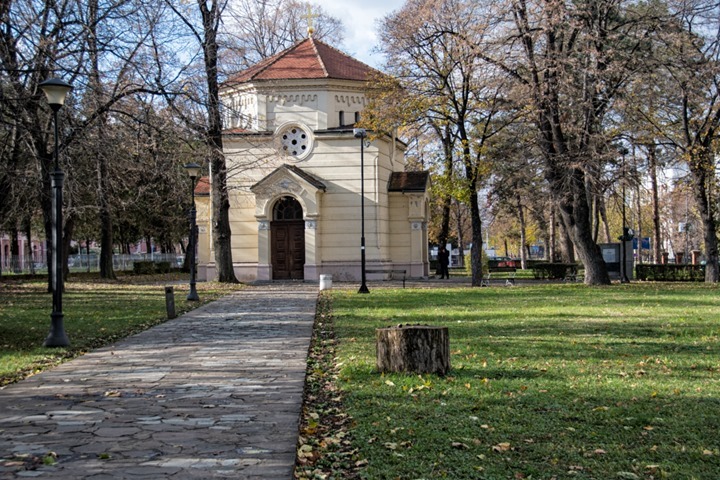 There is something morbid about this place. Well quite possibly because it is a tower of skulls. Built by the Ottomans as a deterrent to the local population and a warning against revolt. The skulls themselves come from Serbs, killed during the nearby Battle of Čegar. However, it was used as a rallying point for the Serbs against the Ottomans (according to the folk at the site). The site these days has about 58 skulls as much of the others were claimed by ancestors of those lost. The site is worth seeing although it is a bit outside of the normal downtown area. You can get here by walking or by taking one of the local buses to the area. You can visit here as part of a ticket for the three main sites in the city (concentration camp, tower, national museum) for 150 RSD. 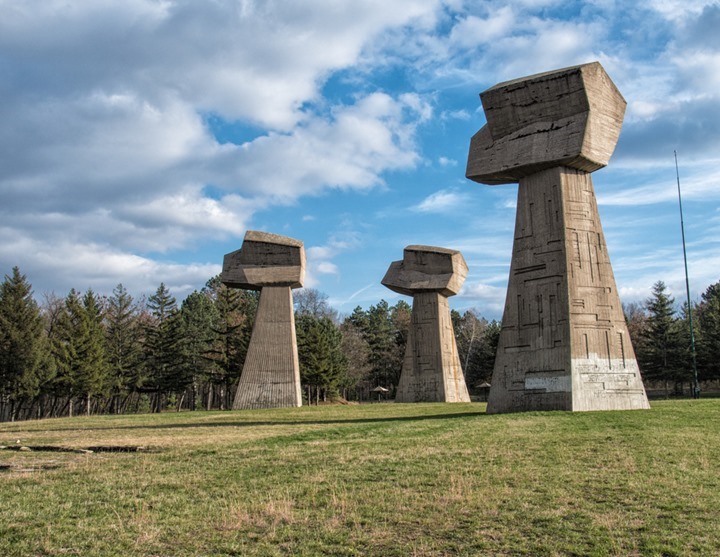 This site commemorates the Execution of more than 10,000 people during the dark days of World War 2. Mass extermination occurred in the forests around this park for various dissidents and “undesirables”, many of whom were housed at the nearby Red Cross Concentration Camp. The memorial is a representation of 3 fists upright in defiance of those who came to murder them. The entire park is a a memorial park with several sites throughout the grounds but the memorial statues are the most well known. The park is free for entry.

In terms of places to stay, we ended up staying at the lovely Hotel Sole in downtown Nis. It was very clean, with nice rooms, a good breakfast, and easy distance to various sites. It was probably a bit pricier than some of the other options but we were certainly happy with it. 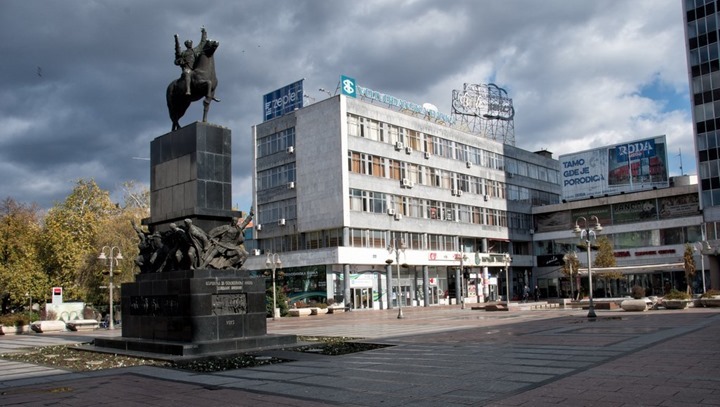 There are quite a few places to eat and drink in the center of the city along the various pedestrian walkways. For advice, I would recommend Pleasure Café which has great food and was recommended to me by a Nis local. Although you won’t have to try very hard, in general, to find places in this area and much of the food caters to a wide variety of cuisines (although most are fast food or Balkan). 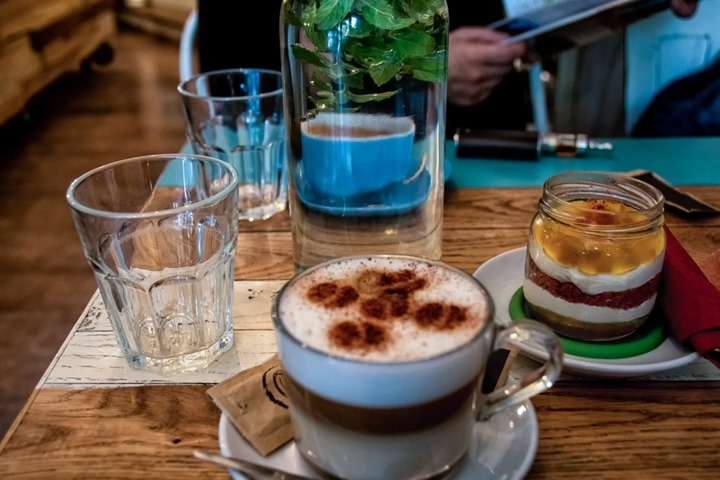 We found a fantastic café outside the center while walking from the city center to Skull Tower. I think Biro Kafeterija might have been my favorite little café in Nis or even possibly in Serbia. Be sure to try to cheesecakes in the little jars, they are divine. The café is also so well designed and decorated too. 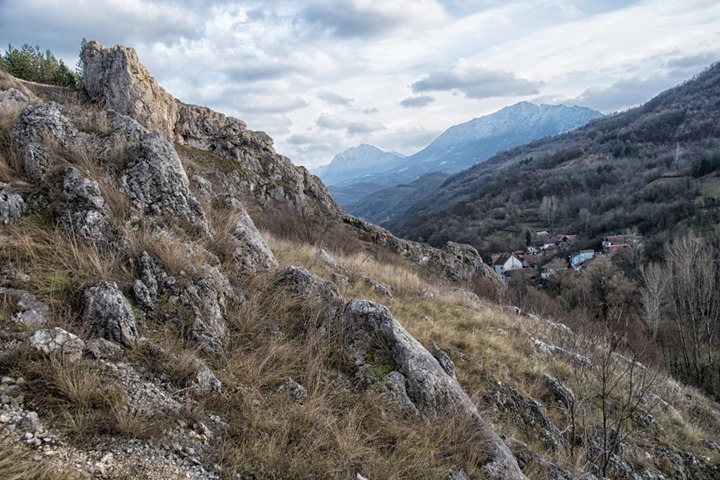 If you have extra time while in Nis consider a visit to nearby Jelasnica Gorge, which is a large natural Gorge near Nis. You do need a car to get out here but it is an easy and quick trip if you do. There is lots of hiking and climbing as well if you have the equipment. It also could make a nice place to have a picnic. One of the best Balkan restaurants I’ve been to in Serbia was found in Jelasnica at the Etno podrum Brka. Even my friend who now lives in Serbia said it’s the best she’s visited as well.

If you have additional time, consider a side trip to Niska Banja or the larger Soko Banja. I really preferred Soko Banja of the two and it is definitely larger (with bigger baths and more to do). Also, Soko Banja has a historical Ottoman era hammam that is still in operation.  Although at the time we visited only a few of the services were in operation. Also one of the disappointments of Turkish baths in some countries is the strict time limits they place on entry. The nearby thermal baths though are larger and offer more services such as massages and salon services. We were probably the only non-Serbians there which was nice as it makes you realize how much of a local place it really is!

We stayed at the Hotel Banjica while in Sokobanja. It was ok, and cheap, with a fairly large room. However, if we had to do it all over again we’d probably stay at the Thermal Bath’s hotel for easy access to the pools and city center.

Axum (or Aksum) is one of the most historical places in Ethopia. Axum was a … END_OF_DOCUMENT_TOKEN_TO_BE_REPLACED

Living in New York City, you realize quickly that things are Expensive. … END_OF_DOCUMENT_TOKEN_TO_BE_REPLACED